Today we drove the 150 miles to Laredo in order to visit Fort McIntosh located on the campus of Laredo Community College. 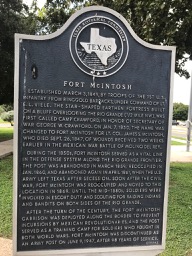 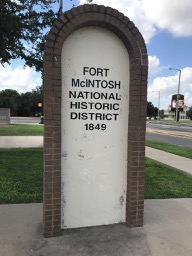 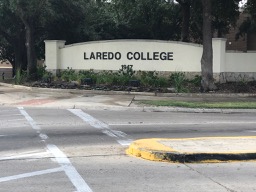 Many of the original buildings have been repurposed and restored including the officer's quarters, NCO barracks, enlisted barracks, mess hall, Commander's Home which is now the College President's Home, Commissary, Exchange, Bakery, Hospital and Exchange. 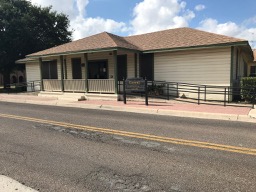 Fort McIntosh existed for almost 100 years and served as a fort on the Rio Grande to police the area after the Mexican War, to defend settlers from the Apache and Comanche hostility,taken over by the Confederates during the Civil War, reoccupied in 1865 by Federalists troops, in the late 19th century several African American troops  were stationed here and during WWI and WWII the fort served as a training base until it was deactivated in 1946.

Yesterday we went to Best Buy to purchase a new Whitings BP and couldn't believe the infestation Crickets in the shopping area and in the store. Seems San Antonio  and Austin experience this every year. I can relate to the infestation in Austin when I managed a travel agency with an outside entrance in the Mall. They were on the ceiling, walls and floor. Had never seen this before. A tedious project getting them out with the help of vacuum sweeper. They are drawn to lighted areas. Each night would duct tape the doors when leaving and this seem to help. 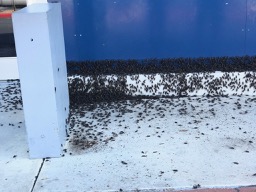 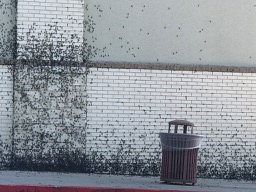