After touring Pancho Villa SP, we drove up to City of the Rocks off Hwy 180 and 61 around 30 miles from Deming north.

City of the Rocks SP is a rock formation in the Chihuahuan desert region of New Mexico at an elevation of 5200 ft.The Geologic formation is made up of sculptured rock columns rising 40 ft.It is unlike any rock formation we have seen. The park offers camping, hiking and biking trails. 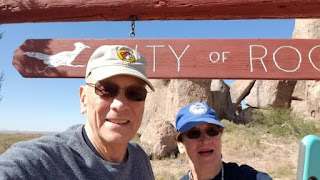 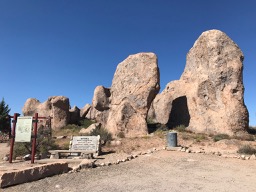 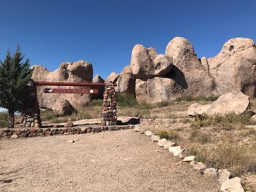 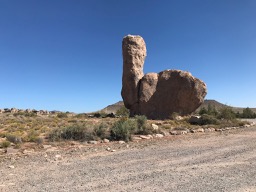 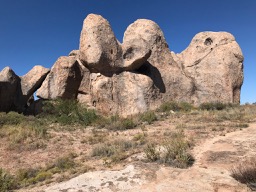 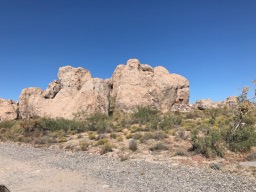 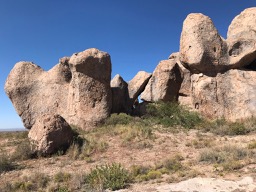 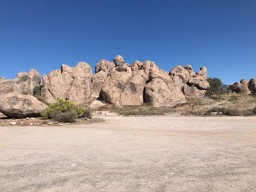 From here we drove north to Bayard and the Fort Bayard site. The site is in a state of disrepair and only a few of the housing buildings plus a few others remain. The site has a huge Javelina population that seem to roam the area and take shelter under the housing. 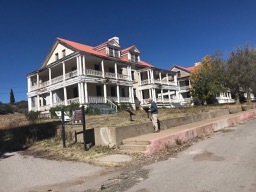 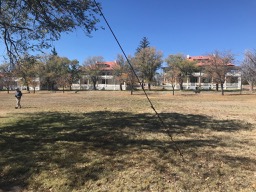 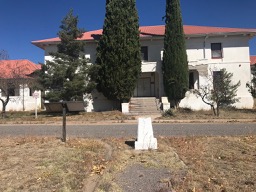 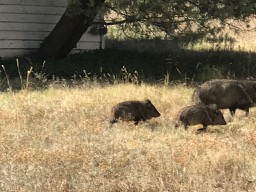 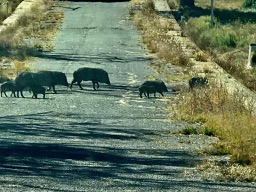 The fort was constructed in 1866 after the Civil War to control unrest with the Apache and Navajo forcing them off their lands in order to open the lands for the settlers. In the Southwest they had been in conflict with the Spanish and Mexican settlers for over 200 years. The Army intensified the campaign with forced extermination and confinement. Buffalo Soldiers served here receiving Medal of Honors for their heroic deeds. One interesting story is that of a 22 year old Buffalo soldier who was a former slave and joined the Union Army at Jefferson Barracks. He was stationed at Fort Cummings and here. In 1868 he was discharged after a surgeon treated him discovered that he was a she. in 1886 2nd lt John Pershing was also stationed here and given the assignment of extablishing heliograph stations.

In 1899 the War Department established a sanatorium at the Fort. In 1920 the Fort was transferred to the United States Public Health Service and then to the Veterans Bureau. From 1900 to 1922 tuberculosis patients continued to be treated here.In 1944 German POW's arrived here to fill a labor need. In 1965 the Fort was transferred to the State of New Mexico and it served from 1965 to 2010 as a long term care facility for veterans and civilians.

A new Medical Center was completed in late 2010 near the Fort.

Our final stop was to view the Santa Rita Copper Mine site which is huge and has a history dating back to the Apache nation who had settled the land.The present open pit mining was started in 1909. As of 2014 the mine employed over 1000. There is a detailed history of the mine on Wikipedia. 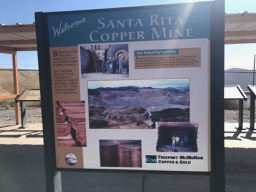 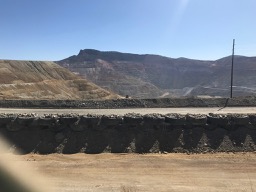 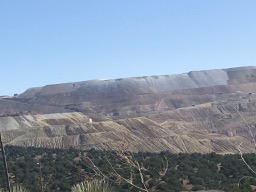 Returning back to Deming, we met Dick and Debbie for dinner at Chinese House on Pine. Very good and enjoyed our visit and catching up on our RV adventures. See you on the 13th at DM.

Departed early for the 200 mile drive to Fort Huachuca in Sierra Vista AZ off Hwy 90. This is our 2nd visit since 2009.We will be here for 2 weeks. A very nice campground and base. May return next year for a longer stay.