A 300 mile drive to Amarillo and arrival at Big Texan RV Ranch Resort, our 2nd stay with the last being in March 2013.A very nice RV Park with indoor pool, nice office and gift store, large full hookup sites. Pull thru sites reserved for those staying less than 5 nights. Would definitely recommend. Near the Big Texan Restaurant and limo service provided free.

Today we decided to drive the short distance to Palo Duro Canyon, a first visit for us even tho we lived in Texas many years.Who would think in the middle of the pan handle there would be such a canyon with all the surrounding flatland. 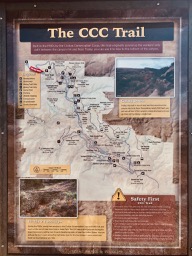 Palo Duro is Spanish for hard wood in reference to the Rocky Mountain Juniper trees.The Canyon was formed less than 1 million years ago when an ancient river carved its way through the plains. Archeological treasures suggest human habitation of 12,000 years by many Native American Tribes.

The Battle of Palo Duro Canyon was the decisive battle of the Red River War 1874-1875 and the final campaign against the Southern Plains Native Americans. Once again land, resources, horses and lives were taken forcing them to return on foot to the reservation in Fort Sill, OK. Their traditional way of life gone forever. This battle opened land for settlement.

The siege was led by Colonel Ranald Mackenzie of the 4th Cavalry attacking the first of five encampments of Kiowa,Comanche and Cheyenne. The Cavalry burned the tepees and winter food supply. Their horse herd of 1400 were captured and driven to Tule Canyon. They kept only enough horses for the troops and Mackenzie ordered the remaining 1100 shot.

Once again a horrible mistreatment of the Native Americans.

In 1933 after the land was deeded by private owners, the CCC sent 7 companies of young men and military veterans to develop roads and construct the Visitor Center, cabins, shelters, bridges and trails. They earned $1/day. Work was completed in 1937.

Some photos below of Canyon. 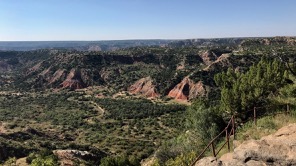 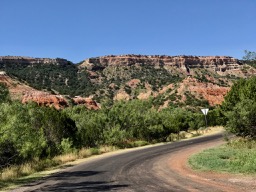 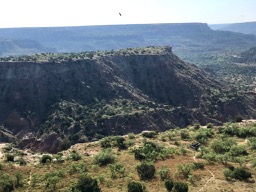 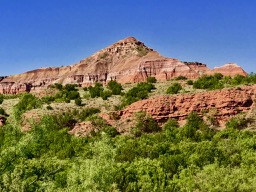 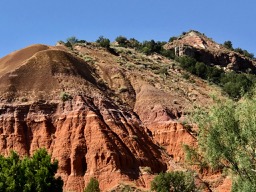 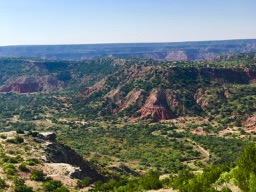 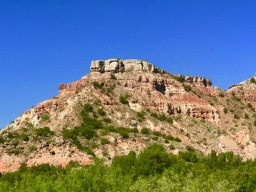 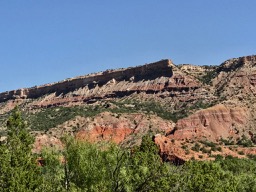 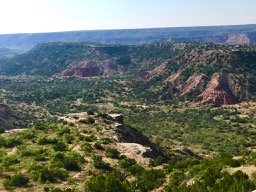 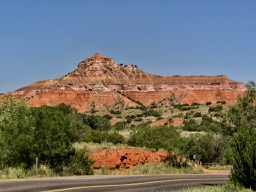 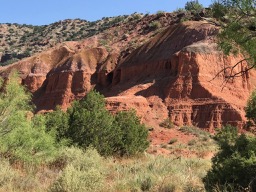