Today our objective was to visit Francisco Fort and Museum in La Veda,Co as the last time we were here the Museum was closed. It is a 50 mile drive up IH25 to exit 249 and west on Hwy 160 to Hwy 12 South. La Veta is a small, charming community in the Cuchara Valley and at the base of the Twin Peaks in the San Isabel National Forest.

Francisco Fort is an original adobe plaza built in1862 by Col John M Francisco, the sutler at Fort Garland and his business partner, Henry Daigre. They purchased 48,000 acres as part of the Vigil land grant. The fort/plaza has been in continuous use since it was abandoned a a fort in 1866 housing artifacts,collections of Hispanic and Native American cultures. Historic buildings on the property are 1890's saloon,1876 log school house,1855 blacksmith shop and other buildings. 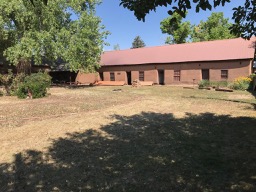 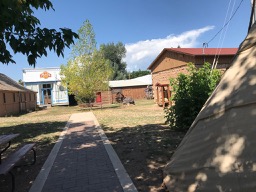 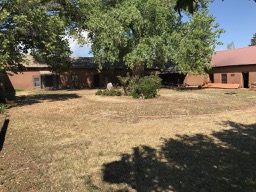 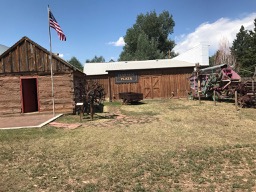 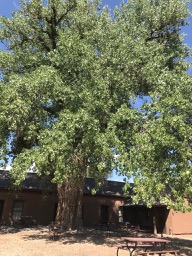 It was built as a one story structure enclosing three sides of a 100ft square with the 4th side  stockaded. Later it became the local Denver and Rio Grande Railroad terminal in 1876.

The Museum houses many displays pertaining to the history of the town and fort. Below are just a few.

On the way up we stopped at the Ludlow Massacre Memorial Site at exit 27. I wrote about this on my blog about visiting the Pueblo Museum 27 July 2019. The massacre took place in 1914 and involved the Colorado Coalfield Strike. 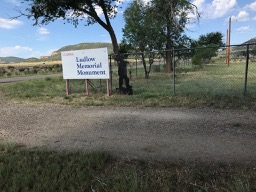 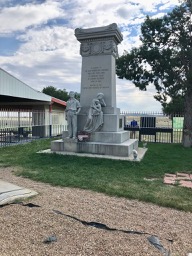 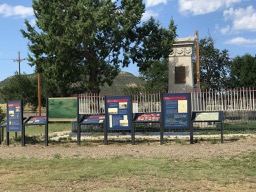 After visiting La Veta we decided since it was only 60 miles away to visit the Colorado National Sand Dunes via Hwy 160 west and Hwy 150 north. Somehow I thought you could drive through the park only to find that this is only possible if you have a 4-wheel drive vehicle as many of the roads are primitive. However, the dunes are only a small portion of the park and visible from the entrance to the visitor center. Weather was getting cloudy and rain as we left the park teemed on us. The park features a camping ground, hiking and biking trails. 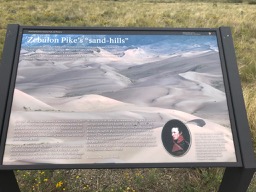 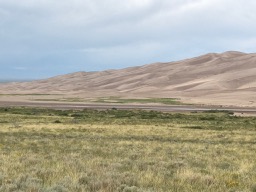 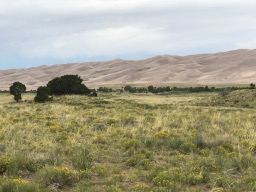 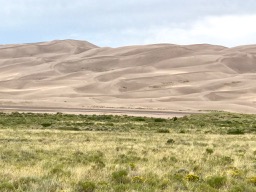 Did laundry on our return and later discovered that the water pump was not working. Anther project for John. He still believes the Owl is bringing us bad luck.

Tomorrow we leave for Kirkland AFB in Albuquerque.