A Day of Touring Heart Mountain,Medicine Wheel and BigHorn Canyon

It is going to be a long 250 mile journey touring Heart Mountain,Medicine Wheel and Big Horn Canyon traveling into Wyoming and back to Montana.

Our first stop was Heart Mountain in  Powell,Wy on 14-A. From a certain viewpoint on Hwy 114 you can see Heart Mountain and it does look like a heart shaped.

Upon arrival we toured the museum and gallery and viewed the movie. More than 14,000 Japanese Americans were sent here during WW II. The movie, "All we could Carry" tells the story of what it was like in the camp through the words of former internees who were children at the time. Leaving friends,careers,possessions and property they could only bring what they could carry. By August of 1942 the WRA (War Relocation Authority) has constructed 10 such camps in remote and isolated areas of the USA housing more than 120,000 Japanese Americans. This particular facility was call "Heart Mountain Relocation Center". This area became Wyoming's 3rd largest city.

They endured wind, dust,cold,poor food and loss of privacy living in uninsulated barracks surrounded by guard towers and searchlights and barbed wire.

During the three years of its operation, 556 babies were born,148 people died, 800 men and women served in the Armed Forces. The protestors who refused the draft were sent to federal prisons. When the facility closed in November of 1945, the internees were given a ticket and $25 to begin their lives away from camp.

I highly recommend visiting if in the area. It is also very close to Cody,Wy. Also a link to John's website.

We then drove East on 14A to Medicine Wheel. The road up to the site was winding with a few turnouts for views. You can drive as far as the ranger hut, but then you must hike 1/1/2 miles to the actual site.At 10,000 elevation, John and I only got half way and started feeling dizzy and realizing it was not meant to be. Disappointed we could not make it to the site.


This is a sacred site for the Native Americans a place of communion with the Great Spirit and to obtain strong spiritual medicine believed to have been constructed between 1200 and 1700 AD and 80 ft in diameter.

On our return we decided to drive thru the BigHorn Canyon Recreation Area just off 14A near the town of Lovell on Hwy 37.

Part of the Canyon is in Wyoming and part in Montana. Only one way in and one way out with views off the Hwy. Wish we had known about the boat tour that operates tours at 10 and 2. Would have been awesome tour. 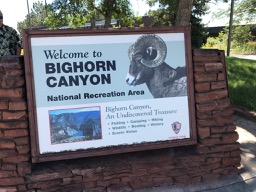 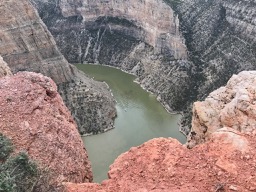 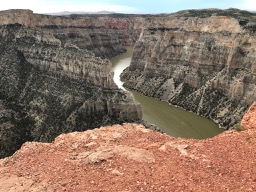 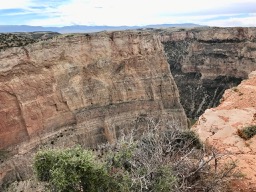 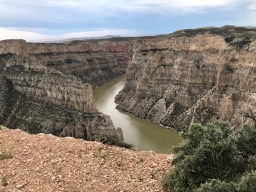 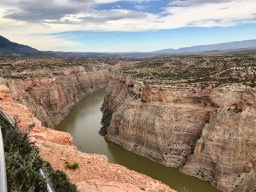