Today we drove south on 101 stopping first in Klamath at the WWII Radar site. 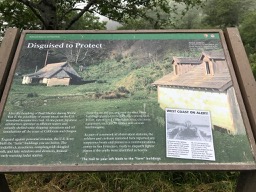 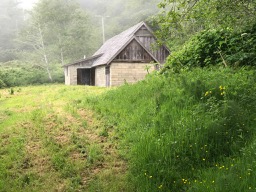 We then drove the Davidson Road to the Elk Viewing area for a picnic. Unfortunately no Elk in the meadow. Very peaceful setting for a picnic. 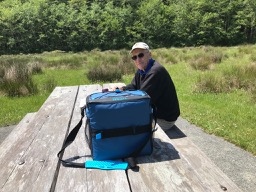 Our next stop was the Kuchel Visitor Center where we bought two very nice jackets and walked down to the beach. Weather was still somewhat foggy and cold so the jackets came in handy. 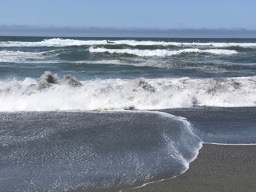 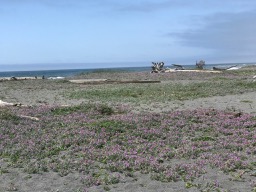 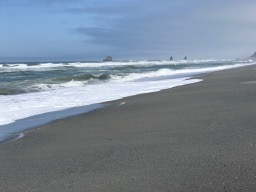 On our way back to Crescent City we drove the Newton B Drury Scenic Parkway thru the Redwoods and hiked to view the Big Tree. Photos do not give a full perspective of how magnificent and beautiful are the Redwoods. Some can grow to a height of 380 ft and live to 2,000 years. Bark can be 12 in thick and the base 22 ft. They are reproduced by seed and sprout. If a Redwood is felled or badly burned, a ring trees often sprout from burls at the base. Saplings use the parent tree's root system. The root system penetrate 10  to13 feet deep, but spread out 60 to 80 ft. 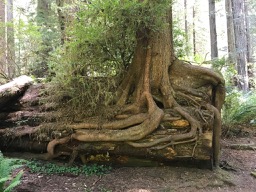 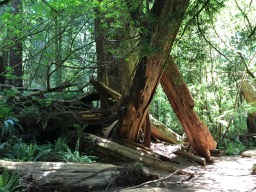 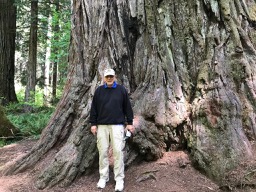 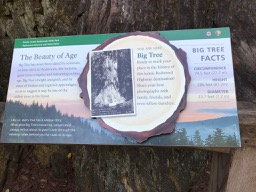 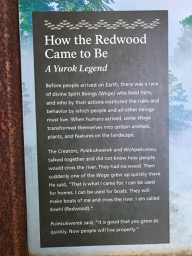 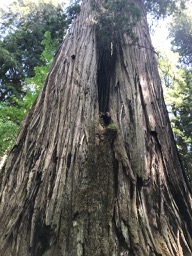 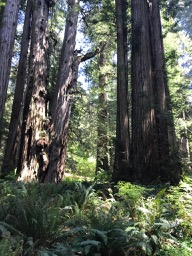 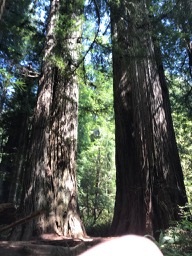 Below are some photos of the Ocean, Beach and Sea Lions within walking distance of the campground. 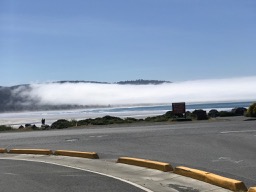 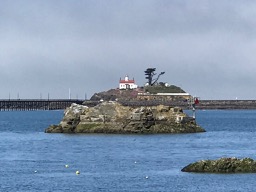 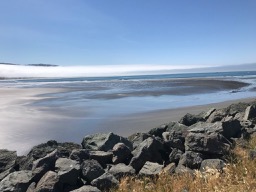 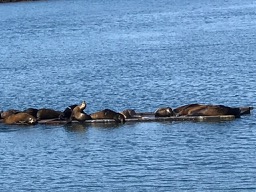 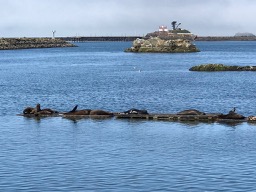