Ferndale is a short drive up 101 north exiting on Hwy 211 noted as a Victorian Village with antique shops, at galleries and specialty shops. We stopped at a bakery for coffee and scone and browsed the book store. West of here is Centerville Beach which we visited, but it was so foggy did not get any pictures. The town was settled in 1852 and became a very active farming, dairy and agricultural community with a present population of over 1400.


Our next stop was Eureka and Fort Humboldt. Prior to the establishment of the Fort in 1853, many native American tribes lived in the area and had so for over several thousand years. After gold was discovered in 1849, their traditional way of life was brought to an end with settlers taking over the Native American lands. Violence erupted and many lives lost as they were attacked by vigilantes. As a result the Fort was established and the troops found themselves acting as mediators to resolve the conflicts. The settlers wanted the Indians moved to reservations and an effort to bring about peace, seven agreements were signed and never ratified and land promised never happened. As most troops departed for the Civil War, self proclaimed militia attacked and massacred  several hundred unarmed Indians. Their village was completely burned. The Army then built an 80 foot open corral to hold captive Indian prisioners and those who sought refuge. Many died of dysentery and were killed by in continuing violence. Today their descendants have established federal recognition and are restoring their plundered sacred sites. 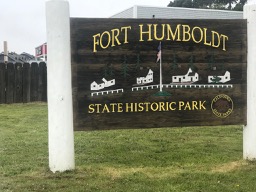 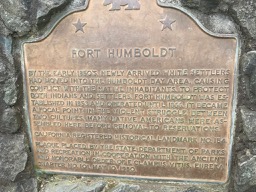 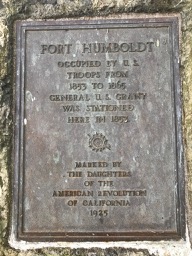 Following are photos of Surgeon's House 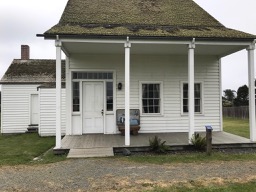 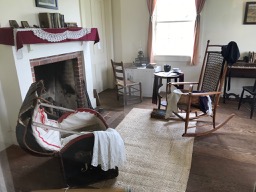 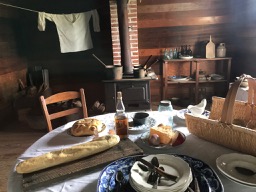 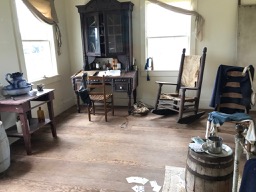 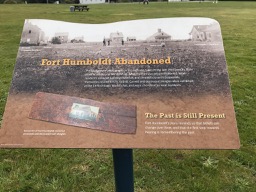 One unhappy Captain who served at the Fort was Ulysses S Grant in 1854. He was a loner spending his time riding in the countryside or in a nearby tavern. After 5 months, he resigned his commission going home to farm later rejoining the Army during the Civil War. He was promoted to Colonel and later General and becoming president in 1869. 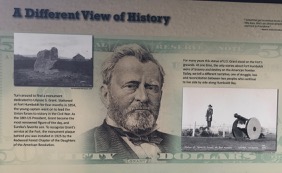 The Fort was abandoned in1870 and purchased by the Cooper family. It became a state park in 1963.

Across from the Fort is a huge mall that was once the site of a logging mill. Eureka was a gold rush transport center and logging and mill town. Today it has a population of around 28,000 and remains the cultural,political and economic hub of Humboldt County. There are many restored Victorian homes in the Old Town area including the Carson and Carter Mansions.It takes days to explore the area. We ended the day with a return visit from 2012 to  Paul's Live From New York Pizza.