Today we drove to Camp Roberts and Cambria via Hwys 46,101 and 1. Got a late start so did not do much sightseeing except for Camp Roberts the California National Guard Base north of Paso Robles on Hwy 101. Unfortunately the museum was closed, but there were some outdoor exhibits and we rode around the RV Park. 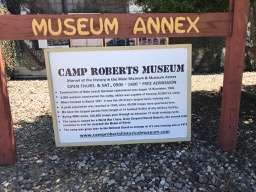 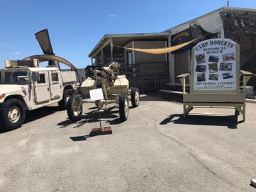 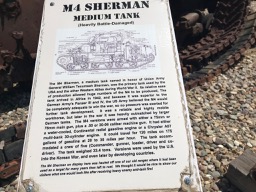 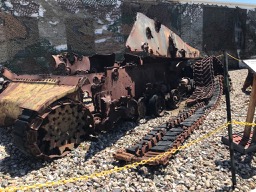 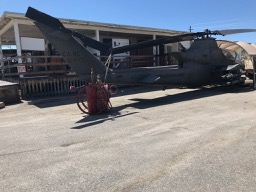 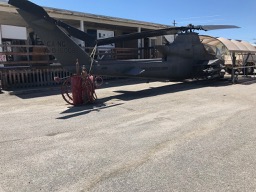 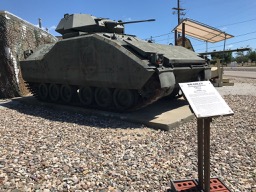 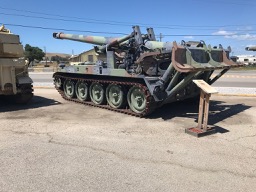 Camp Roberts opened in 1941 as a training replacement center and at the time the world's largest  training facility.The parade field was the length of 14 football fields and also the largest. Construction began in 1940 with over 8,000 workers and the housing could accommodate 30,000 trainees. There was also a hospital with 750 beds and a German and Italian POW area.

Nearby is Mission San Miguel Arcangel which we visited in Nov 2013.

We then drove over to Cambria on the coast and stopped for photo of the Pacific before heading back to campground in Lost Hills. 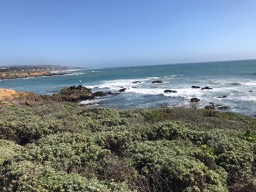