Today we decided to drive 100 miles north on IH10 to visit the Gila River Japanese Relocation Center. In our travels we have visited several of these camps as John has pages about them on his fortwiki site. On our way back decided to stop at the Casa Grande Ruins. Will post separate blog on this.

The camp is located on the Gila River Indian Reservation and not an easy place to locate even with GPS. After driving around we decided to go to the Reservation Police Station for info and they referred us to the Governance Building. This is a very impressive complex and appears rather new. There are many buildings housing the different offices and even a medical and hospital. Tim at the Governance gave us good directions following a dirt road to the site. Aside from a monument up on a hill there are no remaining buildings, only foundations of some of the buildings. 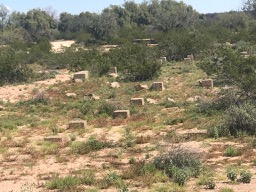 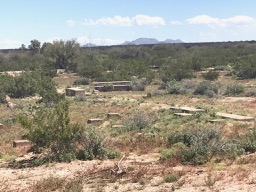 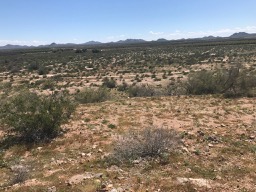 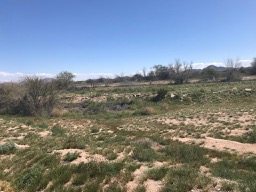 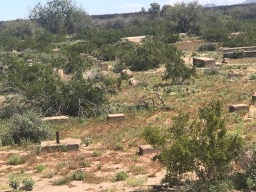 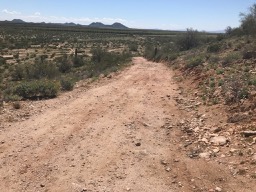 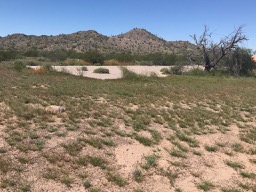 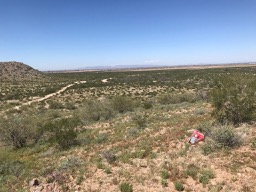 This Relocation Camp seemed to be the most relaxed of all the camps with only one watch tower and barbed wire removed early on. Construction of the Camp began in May 1942 and opened in July 1942. By December it has a peak population of over 13,000. There were two camps, Butte and Canal with both closing in late 1945. Eleanor Roosevelt visited the camps in 1943. 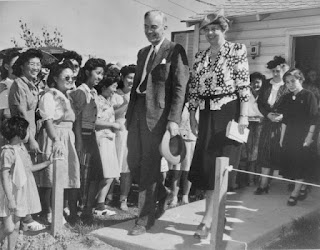 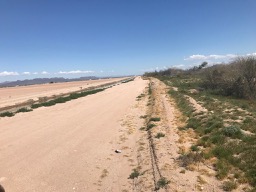 Life in the Camp improved with the internees running the day to day operation. Civic, cultural and religious activities grew and there was an active Japanese American Citizens League, Boy Scouts and American Legion. Vacant blocks were used for athletic purposes built by the internees as well as an outdoor theater and elaborate gardens and ponds.They also grew their own food and raised livestock. By the end of 1943 they had 1,377 cattle,1,106 hogs,8,584 chickens. Food was also shipped to other relocation camps.

The Memorial on the Hill list the 23 soldiers killed during the war. 487 men from the camp enlisted in the US Army in 1943. 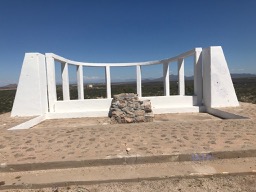 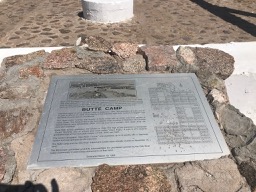 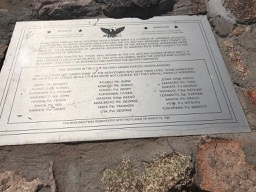 In the fall of 1945, the last to leave were 155 Hawaiian Japanese. Most of the buildings were moved to other institutions in Arizona. Rebuilding their lives was difficult as they did not know where to relocate.