As an after thought upon leaving the Relocation Center since we were so close and on the way back, we decided to stop at the Casa Grande Ruins NHM in Coolidge.

The Ruins preserves remains of an ancient Hohokam era farming village and also the Great House. The Visitor Center has exhibits of Hohokam artifacts and displays of their way of life. You can either do a guided or self tour. We choose the self guided. The entrance fee has been waived. 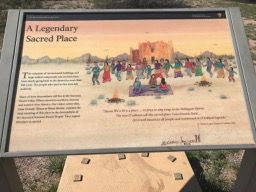 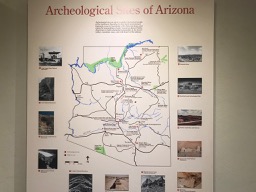 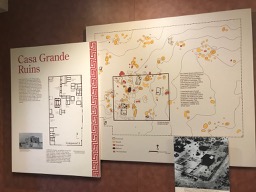 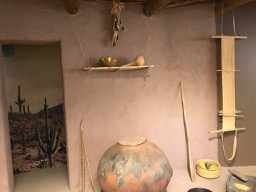 The Great House stands 4 stories high and 60 feet long. Its walls face the four cardinal points of the compass and a circular hole in the upper west wall aligns with the setting sun at the summer solstice. Other openings align with the sun and moon at specific times. The house was completed in 1350 and built of Caliche with hundres of trees to anchor the walls. 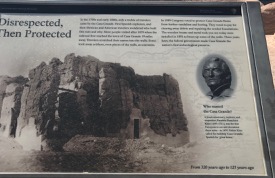 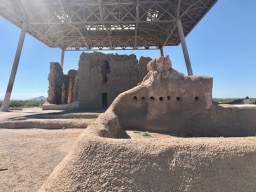 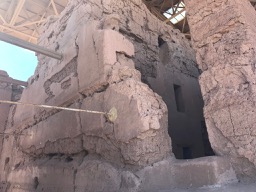 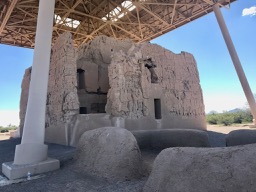 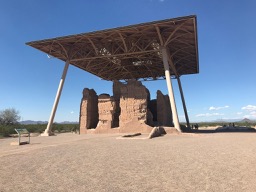 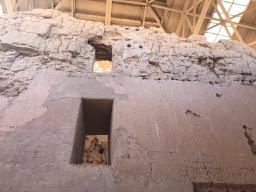 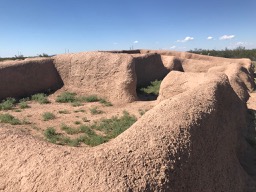 These people were called the "First Masters of the American Desert". They were hunters-gatherers and traders who lived in Arizona for several thousand years along the Gila and Salt Rivers. They built canal systems to irrigate their fields. Also known as Ancestral People, they traded pottery and jewelry for other needed items.

The Classic Period began in 1150 and lasted until the 1400's. When the missionaries arrived in 1694, only an empty shell remained of this village. Two centuries of visitors and souvenir hunters further damaged the site. in 1892 Casa Grande became the nation's first archeological reserve. A steel and concrete canopy built in 1932 protects the Great House.

An interesting stop if in the area.

Tomorrow we are having lunch with friends Marta and Bill we met at the Air Force Academy several years ago and again in the campground . They now live in Tucson.