Parowan Gap Petroglyphs and Other Stops

A visit today to Parowan Gap and Petroglyphs a place of beauty and the historic writings of past generation Native Americans telling their history and culture. Also in the area are dinosaur tracks. It is one of the most concentrated area of Petroglyphs in the West with a collection of over 90 panels and some 1500 figures dating back 5,000 years. It is believed that most of the figures were created by the Fremont who are closely related to the Hopi and other southwestern tribes. Today the Paiute remain in the area.

There are many perspectives on the Petroglyph meanings and still remains a mystery. Many were lost to vandalism, roadwork and erosion.As so often happens, theft and graffi have marred the Gap. 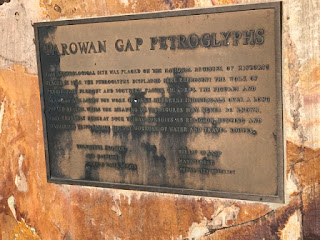 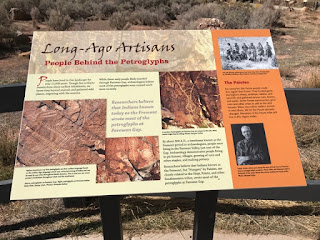 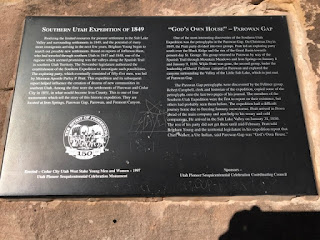 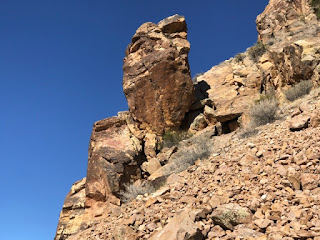 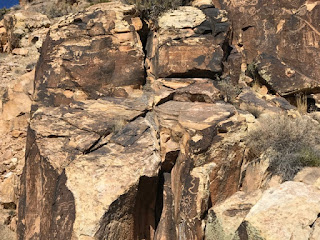 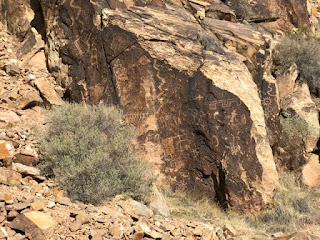 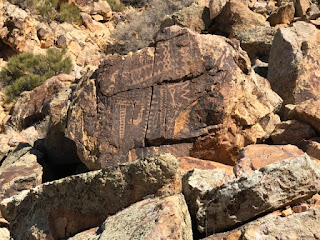 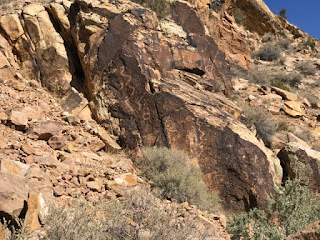 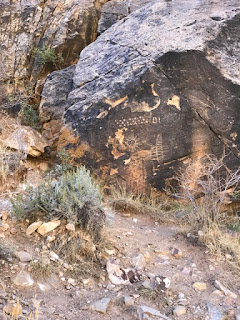 The Zipper Glyph some believe was created as a solar calendar. The outline conforms to the contours of the Gap and during the winter and summer solstice the rising and setting of the sun goes through the middle of the Gap. the dangling lines at the bottom are two rock cairns where one can watch the Summer Solstice.

After a brief stop down the road  at the Dinosaur Tracks and a picnic lunch, we drove into the town of Parowan so John could get a picture of a fort marker. We stopped in the Visitor Center on Main Street and inquired about the famous cinnamon rolls. We were directed across the street to the Cafe. Most of the local cafes serve them. Must say they are better than cinnabon.Parowan is a quiet town and they were all decked out for Halloween with different displays on Main Street. The town is is Southern Utah's first settlement.


We then drove to Panguitch for another fort marker and then over to Cedar Breaks again and Brian Head. 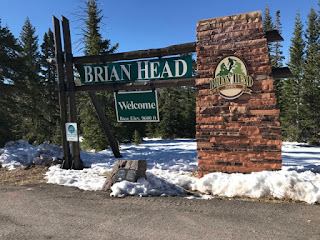 Brian Head is Utah's highest Resort Town at 9800 ft with pleasant summers and snowy winters getting 400 inches. The resort is over 650 acres, with 8 chairlifts and 71 runs. Brian Head Peak is 11,000 and on a clear day you can see into Arizona and Nevada.

It was a beautiul day with blue sky and temps in the 60's.