Our intent today was to drive up to remains of Fort Deseret 115 miles up Hwys 130 to 21 to 257 near the town of Delta,UT.A long,desolate drive through the high desert with mountain views to the west and east.

Fort Deseret a Mormon settler fort built during the Ute Black Hawk War in 1866 and abandoned shortly thereafter. It was an adobe 10ft high walled fort with bastions on the NE and SE corners. 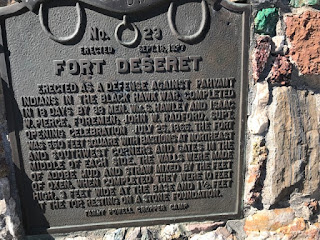 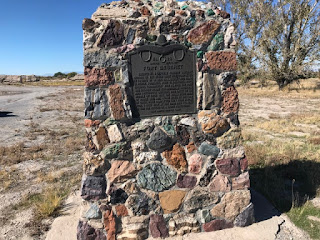 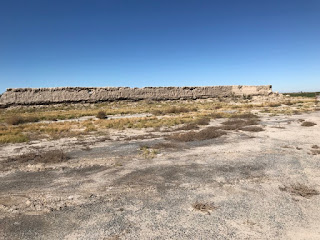 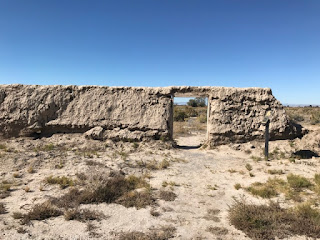 Since we did not want to return to Cedar City on the same drive, we opted to take the route through Delta on Hwy 50 to IH 15. This was a good decision since as we were driving through Delta, discovered a plaque about the Topaz Japanese Internment Camp(Relocation Center) located several miles NW of town as well as the Topaz Museum in town. We have visited several sites in the USA and German Camps in  Canada over the years, so this peaked our interest. 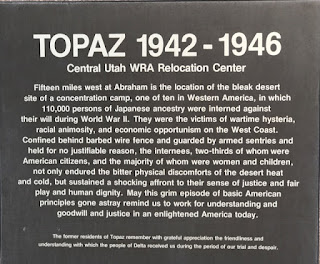 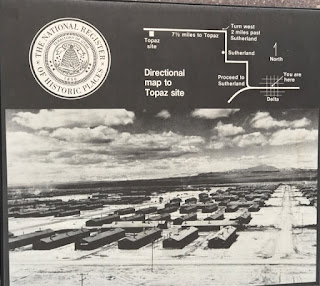 The Topaz museum opened in 2015 with the Museum Board established in 1997. Their mission was to preserve the history of the Camp. They have purchased 633 acres of the original site and restored part of an original camp building. In 2007 the site was designated NHL by the National Park Service. The Museum owns all the camp except for Block 42 which they are trying to buy and clean up. Many of the original buildings were relocated to town and now are in privale ownership. You can obtain a map at the Museum and do the 4 mille driving tour around town. As it was getting late, we opted to pass. 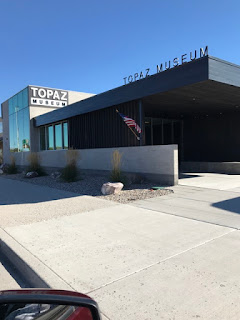 The Museum relates the history with exhibits and two video presentations which should be viewed before touring the Museum.In the viewing room are two walls filled with handmade jewelry that was made during the internment with shell items found in the ground. This area was once covered by Lake Bonneville. The Museum also features artwork. 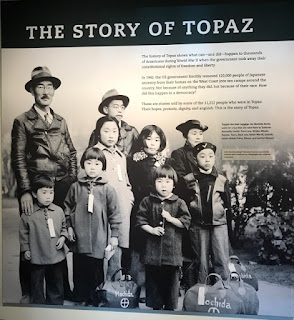 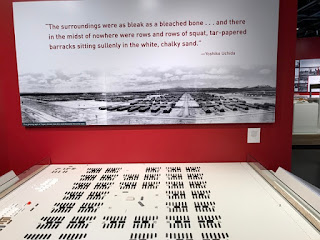 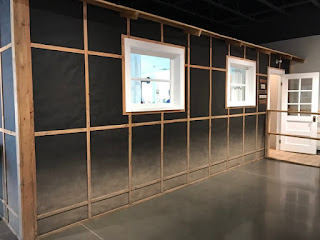 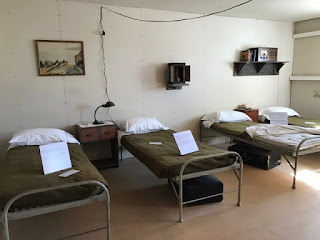 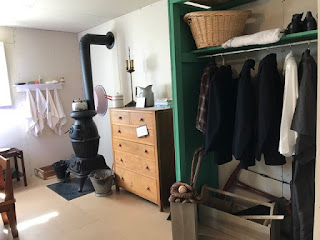 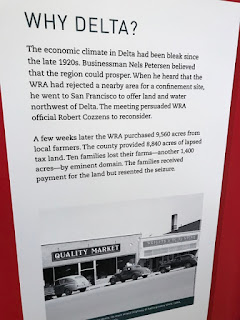 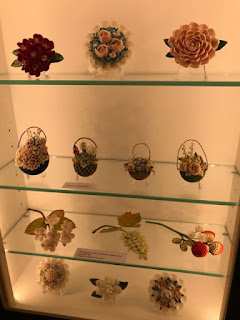 Remembering your history on 19 February 1942, the Japanese Community on the West Coast was doomed to a force evacuation as a result of Pearl Harbor attack. 110,000 people of Japanese Ancestry without trial or hearings were sent to 10 inland detention camps until the end of WWII in 1945. Twp Thirds of these were citizens. Not a single Japanese was ever prosecuted or convicted of espionage. Young Japanese Americans not interned joined the 442nd Regimental Combat Team in Europe and those fluent in Japanese made up part of the Military Intelligence in the Pacific. Gold Star Mothers whose sons were fighting for American, received the news while at the Camp.

Topaz was constructed on a barren wasteland 16 miles north of Delta,UT named after a nearby mountain. The camp opened on 11 September 1942 with 11,000 processed through the barbed wire perimeter. This became Utah's 5th most populous city. Below are markers at the site. 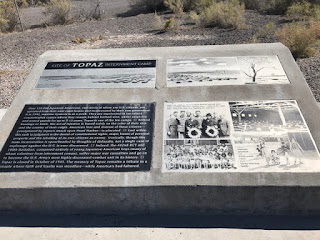 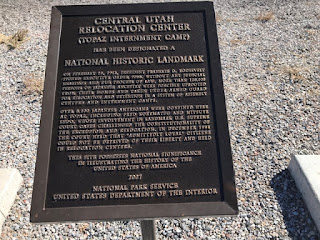 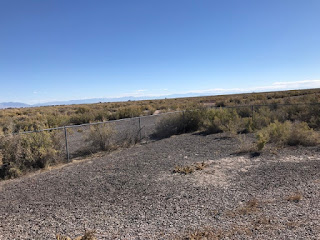 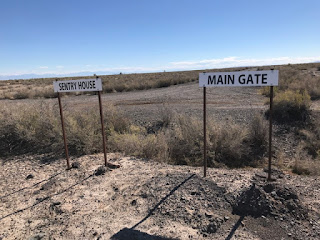 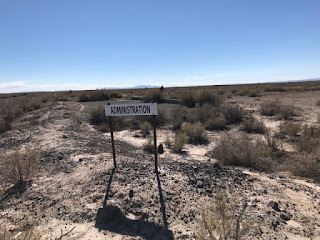 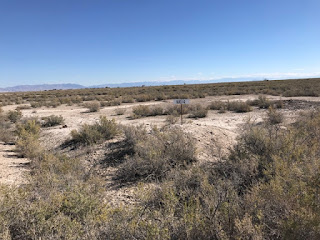 The camp consisted of 19,000 acres on which 640 acres consisted of the camp town area. There were 42 blocks with each housing 250. Each block had 12 barracks, mess hall,latrine, laundry,recreation hall and manager's office. The barracks were not insulated with the outside covered with tar paper and pine boards. A pot-bellied stove and cots. No running water and any needed furniture was made from scraps of lumber. The camp also had a hospital, ball field,schools,library,Buddhist Churches.

The winters were brutal and the dust storms blinding. Snakes, lizards and scorpions were common. All that remains today are concrete slabs and some metal objects. You can do a driving tour around the town site of the camp.At the end of the road are several markers.

The people interned made Topaz a community teaching in the schools,staffing a hospital, farmed, published a newspaper,established sports leagues and began an art school. If detainees found jobs in the eastern USA or were accepted to a college, they could leave. Topaz closed 31 October 1945 and those remaining left with dignity and confidence in America and began rebuilding their lives.

As horrible as life interrupted and the internment, I wondered how many lives would have been lost otherwise by violence ,anger and hatred against the Japanese Americans living here.


If in the area urge you to visit.