Today we finally got some sun and decided to drive up to Lake Quinault Lodge in the Olympic National Park off Hwy 101.John, Mother, Hope and I had stayed here some 18 years ago. It is in a beautiful setting on Lake Quinault. 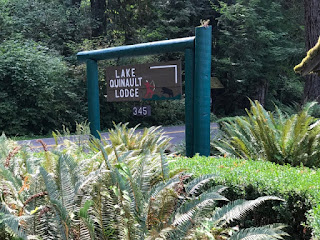 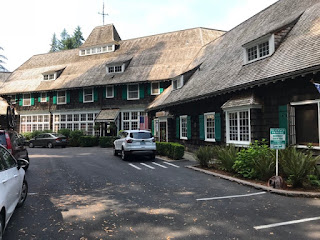 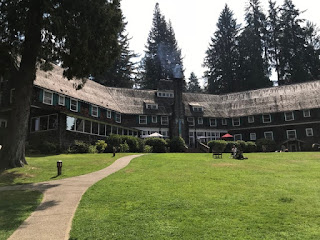 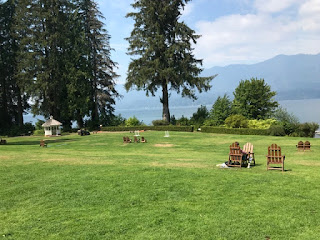 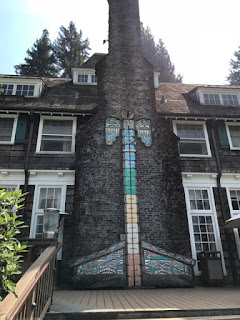 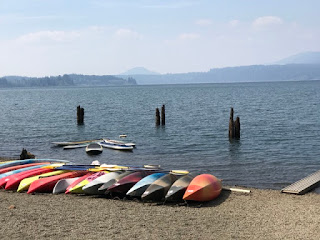 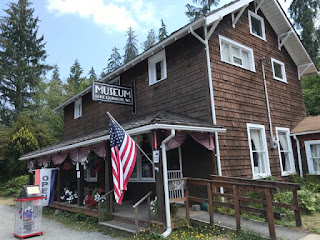 A mile down the road is the World's largest Spruce tree. Next to the tree is a private campground on the Lake with water and 30amp. Up the hill is a nice restaurant, Salmon, and a laundry. Sites are $40/night. There are also cabins. Think we might consider staying here one day. Of course the park has primitive campgrounds, mostly for 21' rigs. 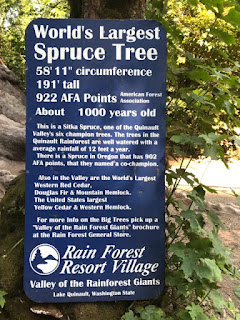 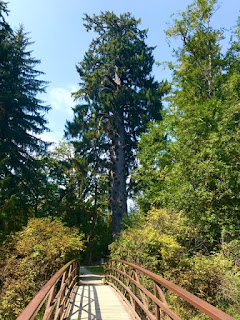 We then decided to drive north on Hwy 101 and visit Rudy Beach. So glad we made this decision as it is a beautiful beach with many rock formations, tide pools, driftwood and unfortunately there was a deceased Humpback Whale on the beach. Due to the strange coloring, thought at first it was some artist project. The beach is the northernmost of the southern beaches in the coastal Olympic NP. It is called Ruby Beach because of the ruby like crystals in the sand;however, we did not see any.It is the location in years past in the 1700's of two armed confrontations between the local Quinault Tribe and Spanish and British explorers. From the beach you can view Destruction Island named for those who perished in battle. It is a definite stop if in the area. We plan to return. 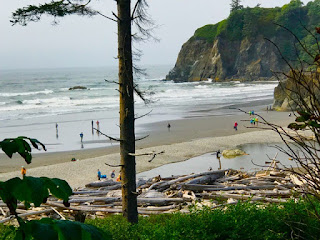 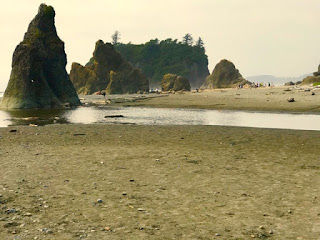 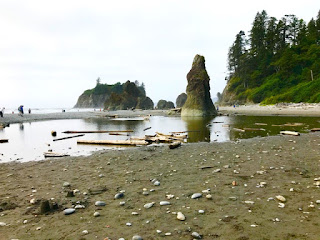 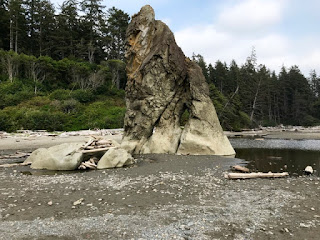 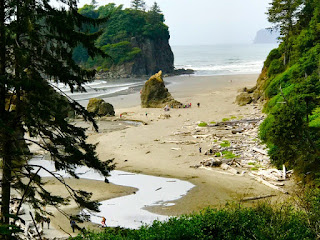 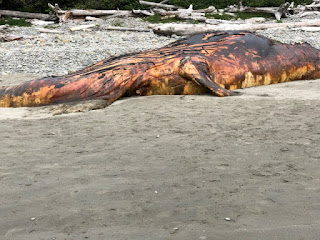 While walking on the beach, found another heart shaped rock for Hope. 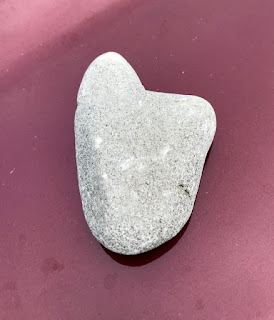 Tomorrow we leave for Hope and family in Redmond, OR until the 7 September. This will be our last visit until May.