After touring Fort Anne we drove over to Granville Ferry and Port Royal. Weather was getting cloudy so we did not spend much time there. 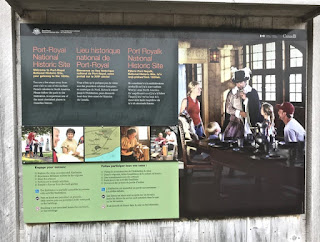 Port Royal today is known as the 3rd Port Royal Habitation and has been reconstructed. It is one of the earliest European settlements in North America established in 1605 by de Mons and Champlain and a compound built by skilled craftsmen completed by the winter. 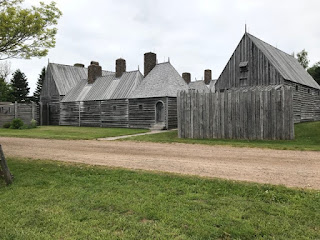 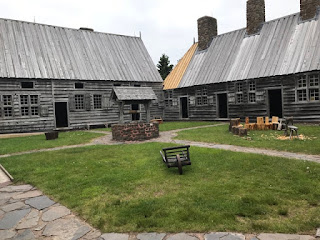 In 1607 de Mons monopoly was revoked and the colonists returned to France. The Habitation was left in the care of Memberton and the Mi'kmaq until 1610. At this time financial support was lost due to conflicts between de Poutrincourt's son, Charles de Biencourt and the Jesuits at Port Royal. In 1613 while the settlers were away, an English expedition from Virginia looted and burned the Habitation.Despite the destruction, most of the French settlers due to their friendship with the Mi'kmaq survived the winter. 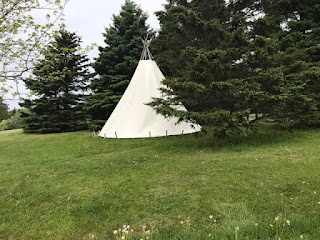 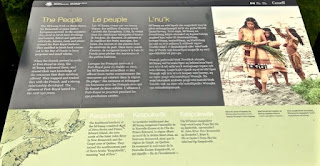 In 1939 Parks Canada rebuilt the Habitation and had the grand opening in 1941.Harriet Taber Richardson who resided in Cambridge, MA and spent her summers in the area convinced the Canadian government to reconstruct the Habitation.

Relying on local craftsmen and artisans using skills and traditional methods and tools, the project was completed and appears much today as it did in the 1600's.