Fort Anne is only a 10 minute ride from the campground in the town of Annapolis Royal NS and a beautiful setting on the Annapolis River.The history is rather complicated involving French Acadians and English and Black Loyalists. Upon arrival we purchased the Annual Discovery Pass for admittance to Canada's Provincial parks at a cost of around $50CAD. A good deal considering all the parks we are going to visit the next few months.


The land on which Fort Anne stands has buried beneath Charles Fort established in 1629 by Scots under the leadership of Sir William Alexander. After three years they were evicted by treaty when England ceded the territory to France in 1632. In Latin Nova Scotia means New Scotland .

Fort Anne was previously known as the 2nd Port Royal and was often involved in French and British conflict. When under French control it was the closest French centre to British forces and under British control surrounded by Acadian colonists and the Mi'kmaq who allied with the French..

In 1710 Port Royal fell to the British and renamed Annapolis Royal in honor of Queen Anne and it was later call Fort Anne during the War of 1812. Its last garrison withdrew in 1854. In 1749 Halifax became the new capital. 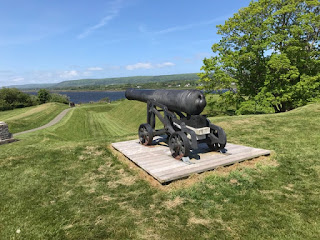 After the American Revolution War, many former slaves who fought for the British became known as Black Loyalists and settled in this region. A century later some of their descendants occupied the Officers' Quarters before becoming an historic site. Fort Anne became the first Dominion Park in Canada in 1917.

Even though the cemetery has buried over 2,000, only 234 markers remain. The last burial  took place in 1940. After the British captured the fort in 1710, it became an Anglican cemetery. 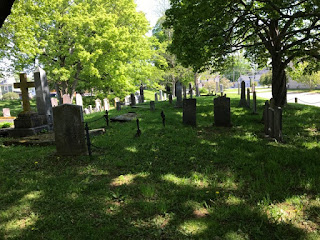 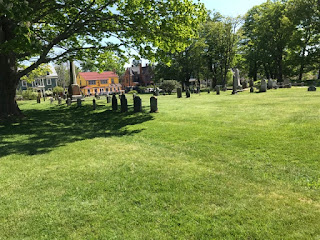 The Officers' Quarters was constructed in 1797 and over the years housed a private residence,tenement, school and is now the park office and museum. 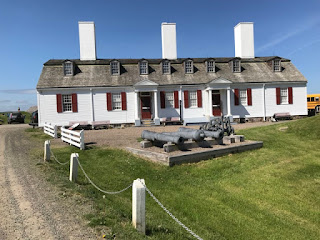 The first inhabitants of this area were the Mi'kmaq. They developed relationships of religion,trade and family with the French and supported them in their wars with the British. When the British  took controlin 1713,they along with other First Nations resisted and waged war in the 1720's. 22 Mi'kmaq were held hostage in the fort.A treaty was negotiated in Boston and ratified in 1728. Conflicts renewed when the capital  was moved to Halifax and another treaty in 1760 was drawn known as the treaties of Peace and Friendship.