Today we drove down to Halifax, NC about 100 miles. Halifax located on the Roanoke River was a strategic location on the Underground Railroad. Captured freedom seekers were held in the Halifax Jail until they were united with their owners of sold.

Many of the homes and buildings have been restored with tours beginning in the Visitor Center. We opted to do a self walking tour. The visitor center has a 15 minute video of the town's history as well as exhibits including the Native and African Americans. 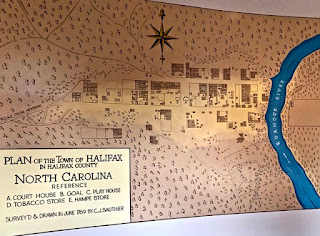 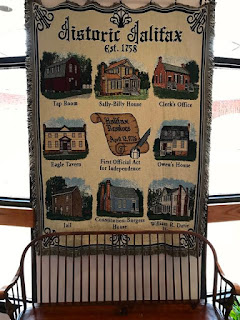 Halifax was founded in 1760 serving as a river port, county seat and social center with a farmer's market, inns and taverns. By 1769 there were around 60 homes and buildings.

In the spring of 1776 on 12 April North Carolina's Fourth Provincial Congress met and delegates enacted the first legislation recommending independence from England called the "Halifax Resolves". Later in the year the first state constitution and governor was appointed. After the Revolution the area entered the golden era of prosperity becoming one of the most cultured in the state. In the late 1830's when the railroad bypassed the town, the town's political power and prosperity started to diminish.

The jail was built in 1838 after escaping prisoners burned two previous jails. This building was used until 1915 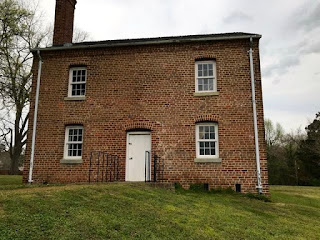 Eagle Tavern c 1790 was moved and converted into a residence during the 1840's and relocated to its present location in 1976. 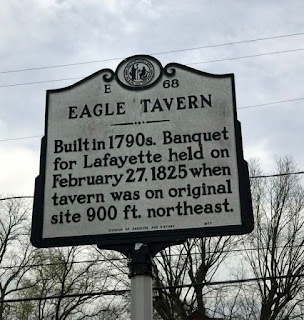 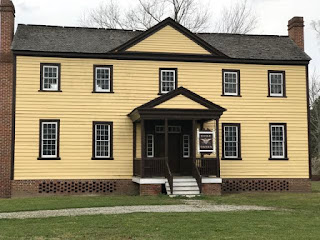 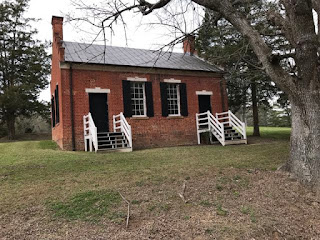 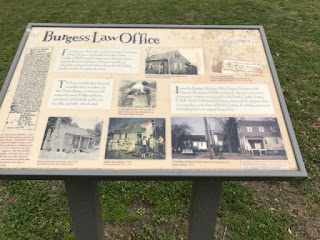 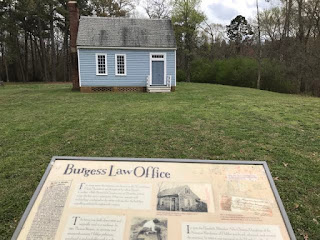 The Montfort Archaeology Building 1984 was constructed over the excavation of his home. His gravesite is next to the Masonic Lodge built in 1767. 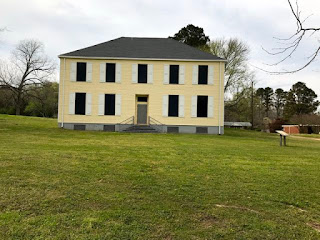 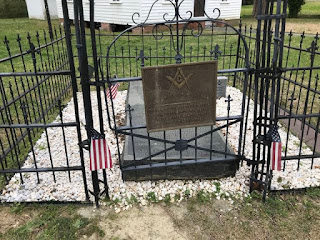 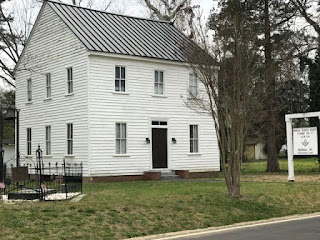 The Old Taproom c 1760 was used as a tavern, dance classes, Masonic meetings and slave auctions. 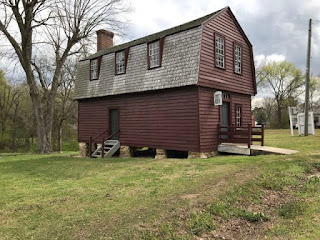 The Owens House c 1760 was the home to a prosperous merchant, George Owens and is the oldest. It was moved here in 1807. 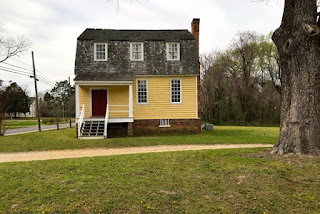 The William Davie House c 1783. Mr Davie was a revolutionary war hero, NC Governor and father of the UNC. Plans are underway to restore the home. 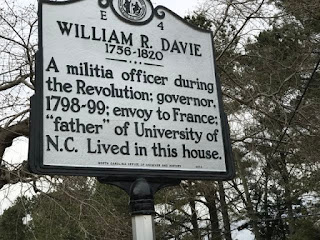 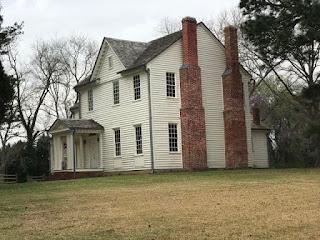 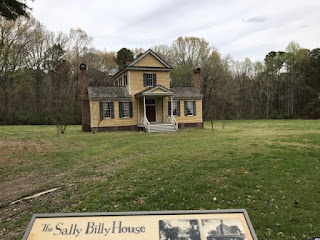