Another trip up to Wilmington area to visit the Kalmar Nyckel Ship and site of Fort Christina.

The Kalmar Nyckel today is a replica of the original ship built in 1625 and rebuilt at Wilmington in 1997 through efforts of many, many volunteers. The original ship served as the flagship for the 1638 expedition that founded the colony of New Sweden establishing Fort Christina,the first permanent settlement in the Delaware Valley. She made a total of 4 round trip crossings. She was a gun armed merchant vessel known as a Dutch  Pinnace. After being deactivated from the Swedish Navy, she was sold to a private investor. It is thought she was sunk in the North Sea while fighting for the Dutch against the English in 1652. 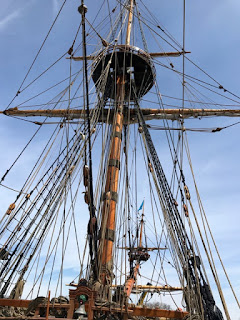 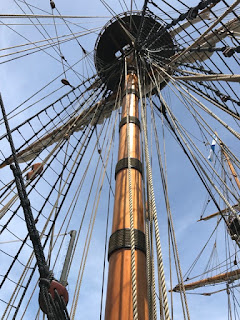 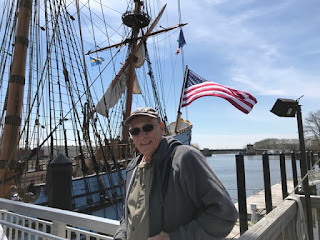 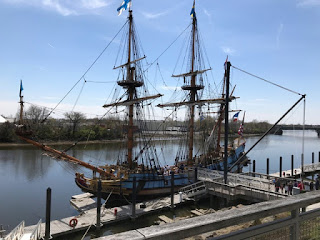 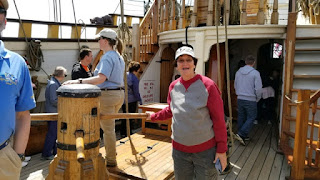 The replica serves as a classroom, a venue for diplomatic, recreational and other functions. From April -October she offers sailing for the public such as day and pirate sails.

Stepping aboard takes you back in time and just imagining the reconstruction today, what a wonderful job..well done. One would think it is the original ship.

We then walked around Fort Christina park and the monument which commemorates the landing of the first Swedish settlers to America. The monument was designed by Swedish sculptor Carl Milles and given by the people of Sweden to America. 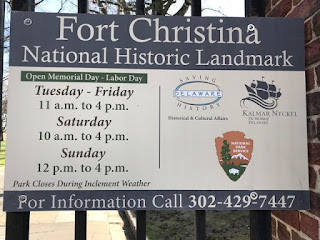 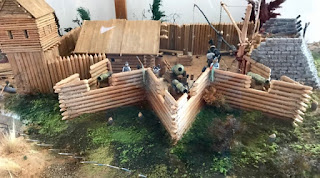 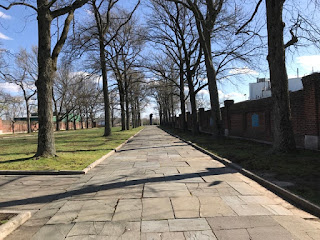 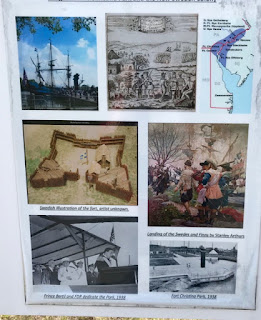 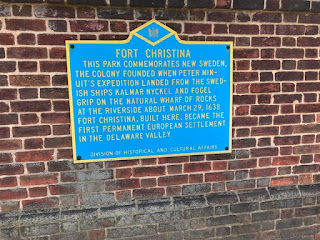 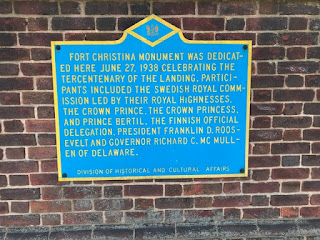 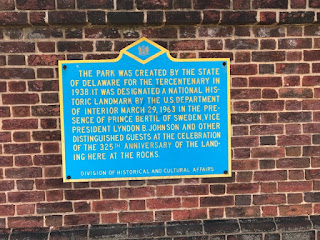 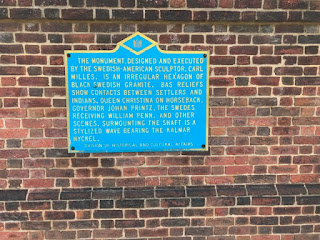 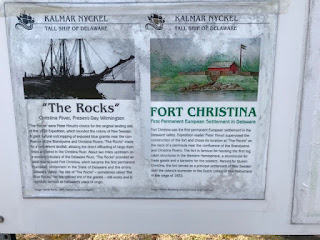 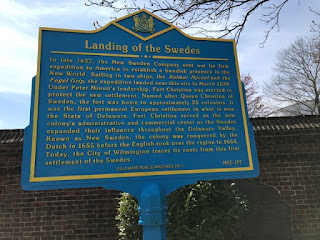 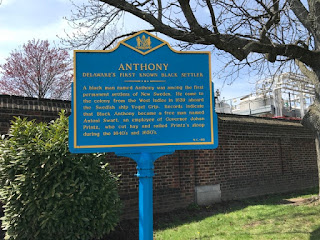 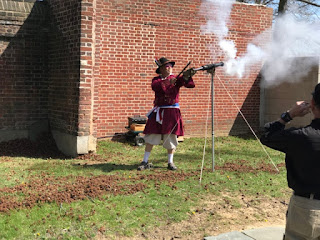 Another nice day and glad we decided to do the visit.
Posted by Amy at 3:39 PM