It is a sunny,windy and cold day. Even so, we drove to Fort Macon near Beaufort and Morehead City for a return visit. Our last visit was in March of 2012. 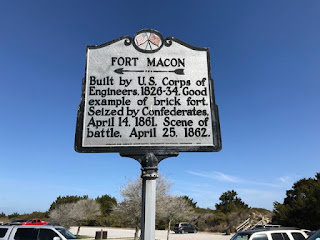 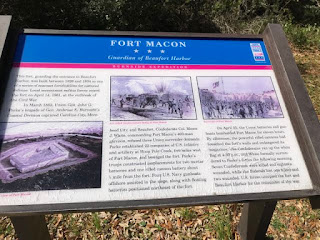 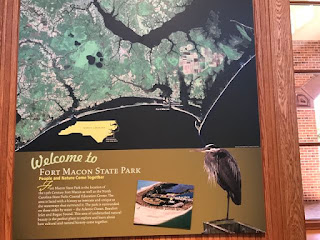 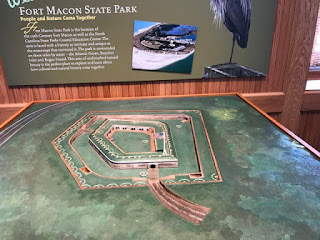 The War of 1812 showed the weaknesses of the coastal defense systems so an improved chain of forts were built consisting of 38 permanent fortifications. Fort Macon was part of this Third System to guard the Beaufort inlet and harbor which was North Carolina's only major deep water ocean port. The fort was built by the US Army Corps of Engineers starting in 1826 and completed in 1834 at a cost of $464,000. In the early years due to congressional economizing, the fort was only actively garrisoned 1834-36,1942-44 and 1848-49.


When the Civil War began in 1861, North Carolina militia forces from Beaufort seized the fort occupying it for a year preparing to battle and arming it with 54 cannons. In 1862 Union forces bombarded the fort with heavy siege guns, gunboat attacks, rifled cannons. Due to the heavy damage, Col White was forced to surrender on 26 April 1862. The garrison was taken as prisoners of war. The Union held the fort for the remainder of the war. Beaufort served as an important coaling and repair station for the Union Navy.The US Army occupied the fort during the Reconstruction Era until 1877 and it was used as a military and civil prison until 1876. 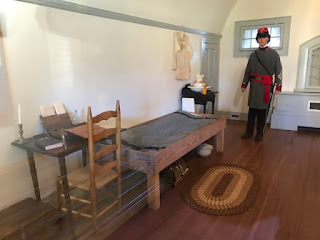 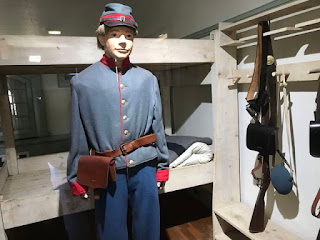 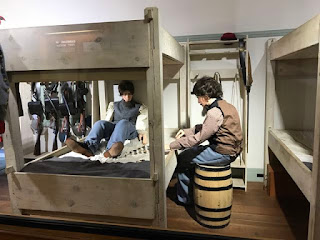 In the summer of 1898 it was re-garrisoned for the Spanish-American War. In 1903 the Army completely abandoned the fort even during WW I. A congressional act in 1924 gave the fort to the state of North Carolina to be used as a public park. In 1934 the CCC restored the fort and it opened to the public in 1936 as North Carolina's first functioning state park.

During WW II the Army leased the park and manned the fort with Coast Artillery troops until 1944 when it was returned to the state. It is one of North Carolina's most visited state parks with over 1 million visitors yearly. 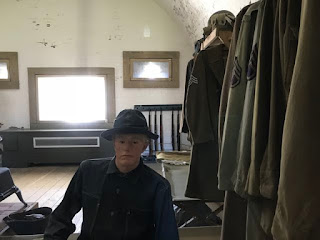