Today taking advantage of the sunny weather we visited several areas north and east including Fort Branch, Edenton, Plymouth and Bath. I will post separate blogs on some.

Fort Branch is located on the Roanoke River 3 miles SE of Hamilton on Fort Branch RD. It is open on Saturdays from 130 to 530 starting first Saturday in April. We were able to gain access by contacting Jimmy the Curator who agreed to meet us for a tour. He and his wife, Angie were most gracious and informative. Thank you both. You have done a remarkable job in maintaining, perserving and keeping the history of the fort alive. 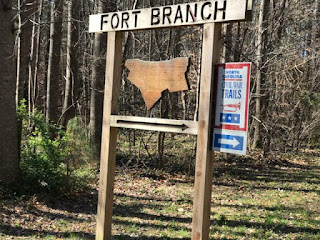 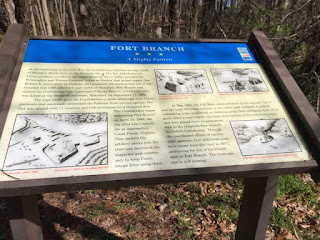 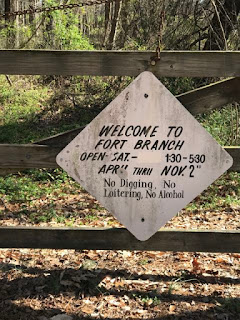 This is a Confederate earthworks fort built in 1862 and abandoned in 1865 for the purpose of blocking Union gunboats access on the Roanoke River and to protect a critical railroad trestle. The Upper Battery had 3 guns and the Lower Battery 2 guns. Part of the original fortification was destroyed by a Union raid. A stronger 11 gun fortification was completed in 1863. 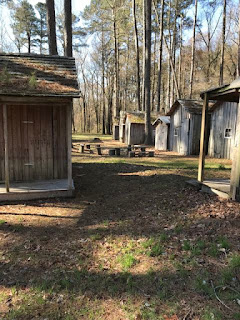 After the surrender in 1865, the magazine was blown up and the remaining ammunition dumped into the well. Guns were dumped into the Roanoke River. Eight of the cannons have been recovered and are on display. The walking tour has 25 referenced markers . Also on the grounds is a replica of the troops housing. The museum has much information and artifacts as well as a collection of wooden boats made by the young sons of Jimmy and Angie. 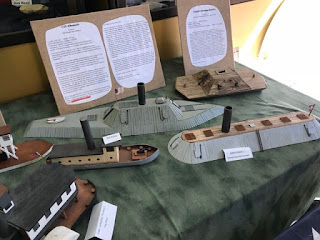 It was a good tour and thankful I did not see any snakes.