Today we went to Charles Towne  Landing SHS. It was here that a group of English settlers landed in 1670 and established the birthplace of the Carolina Colony, the plantation system of the south and one of the first major port cities. The park lies on a marshy point off the Ashley River. Interpretive trails take you through the 80 acres with signage, cannon and musket firing demonstrations, a replica of the Adventure a 17th century trading ship and a natural habitat zoo. 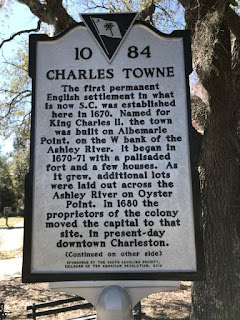 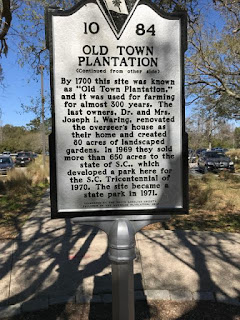 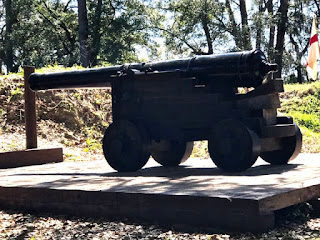 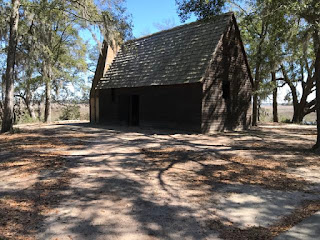 The Visitor Center features a museum  with 12 rooms of displays. I got up close and personal with the bear. 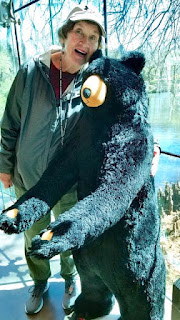 The settlers were directed to Abermarle Point by Cassique of the Kiawah in 1670 with whom they established a friendly relationship. Native Americans, English, Africans and Barbadians came together here and were important in building the colony. In 1680 Charles Towne relocated to the Peninsula. In 1783 the city was renamed Charleston. 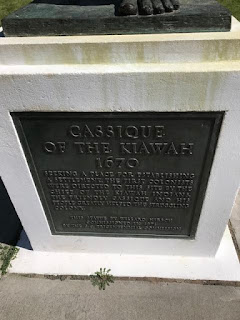 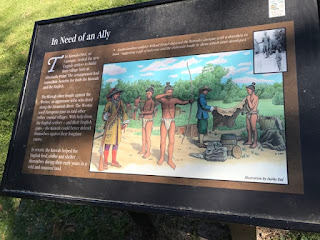 The Korrey family home burned in 1865 and remnants still remain. 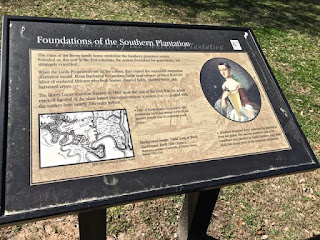 Also on the grounds is the Legare-Waring House that is used for weddings and special events. It was not accessible today due to an event so could not get a photo.

Although there were alligator warning signs, did not see any. Did see some turtles. 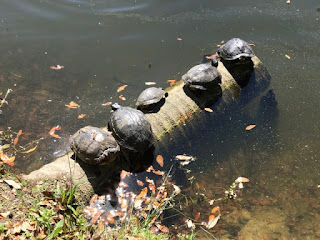 The Adventure replica was being repaired and was not at the park..only a hull replica. The one displayed in the park was constructed in 2008 and will return 11 March 2018. 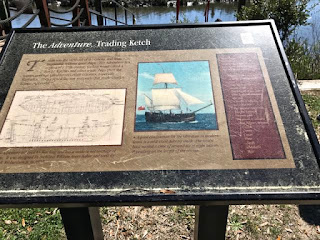 There are many live oaks with hanging moss and each one is different in appearance. They are magnificent trees. 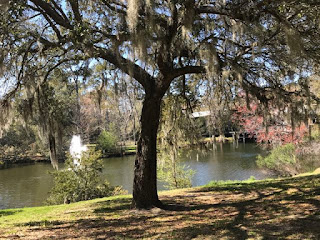 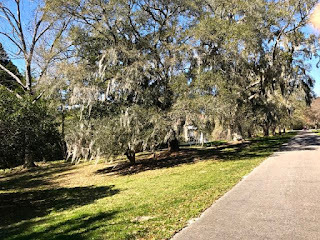 Also in the park is a wooden totem pole called the "landing brave".

It was a nice day. Tomorrow we are going down to Beaufort and Parris Island Marine Base to do some more fort exploring.