Today we drove the 60 miles to Milledgeville for the purpose of locating two markers for forts Defiance and Wilkinson.

We were quite surprised with the town home to the GA Military College and Georgia College. This was the fourth of five Capitals of Georgia from 1804-1868 when the capital was permanently moved to Atlanta. Previous capitals were located in Savannah,Augusta, Louisville. Milledgeville is  on the Antebellum Trail  that runs through seven communities and is over 100 miles.It encompasses towns from Athens to Macon that Sherman did not burn on his March to the Sea. Unfortunately we did not have time to to this trail, but if we ever return, will certainly take the time.

Located in the town is the GA Military College on the grounds of Statehouse Square and the former Capital. This wa also a former Native American ceremonial site. The Penetentiary Square was the location of the state prison from1817-1868. It houses the former county courthouse and campus of Georgia College & State University. General Sherman passed through here in 1864 burning government buildings, but sparing most residences. There is a walking tour of the Antebellum homes and landmarks totaling 44. 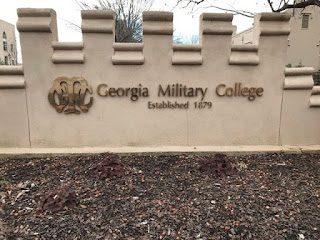 Fort Defiance was established in 1794 by General Elijah Clark and his followers and abandoned the same year. The purpose was to establish a state of their own known as "Trans-Oconee Republic" on lands reserved for the Creek Indians. 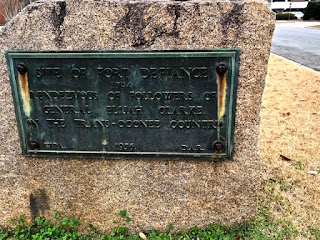 Fort Wilkinson (1797-1806) was a US Army fort and later abandoned for Fort Hawkins in Macon. 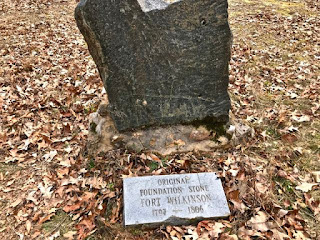 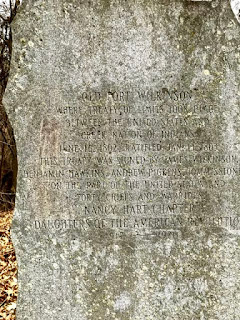 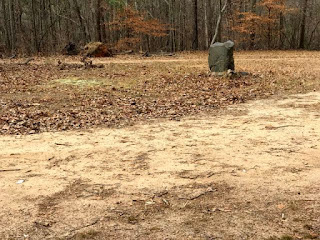 On our way back we stopped at the Fort Hawkins Site in Macon, but the Visitor Center was closed and the area fenced.The fort was established in 1806 until 1828 as a US Army post and Factory (trading center) and used as a negotiation area.There is signage, a visitor center and reconstructed blockhouse on the property. 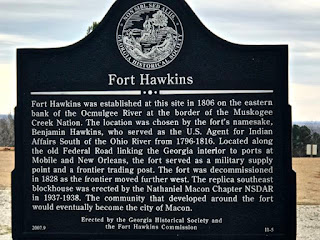 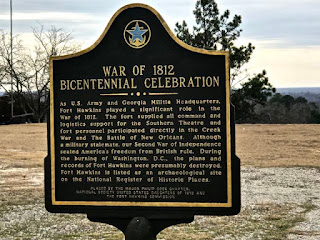 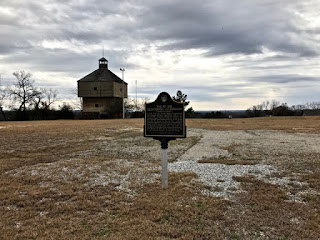 On our way back to the campground, we stopped at Warner Robins AFB to go to the Commissary for groceries.

Had the weather been better, we may have done more touring.