Our visit to Fort Moultrie on Sullivan's Island today was our 3rd visit since January 2010. As with previous visits, weather not ideal, but did get some decent photos.

Sullivan's Island is where tens of thousands Africans arrived during 1700-1775. Some stayed and others were sent to different areas. 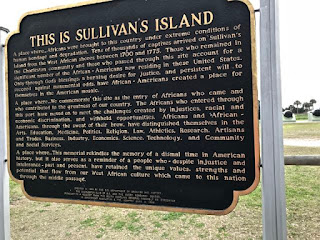 The history of Fort Moultrie goes back to the Revolutionary War of 1776 and continued through the Civil War and WW I and WW II. The first name of the fort was Palmetto named after the logs that comprised the walls. The second fort was built in 1798 of earth and timber and reduced to ruins by storms. Finally in 1809 the present fort was constructed of bricks. 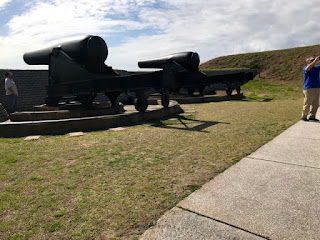 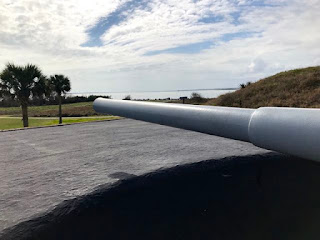 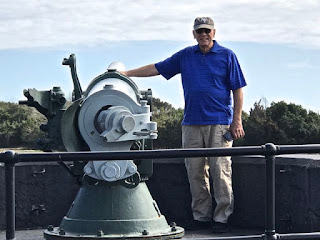 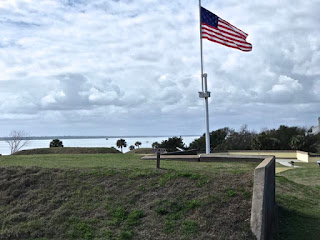 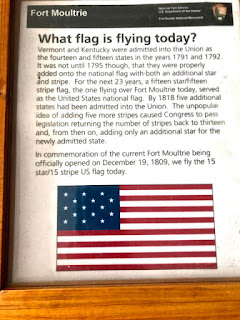 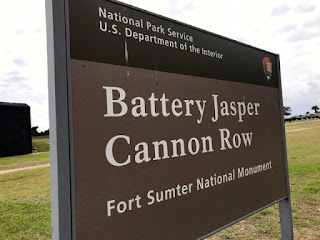 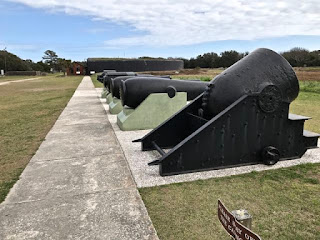 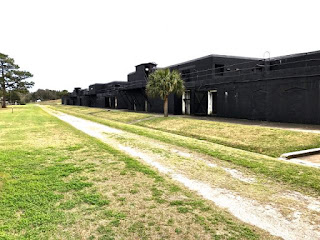 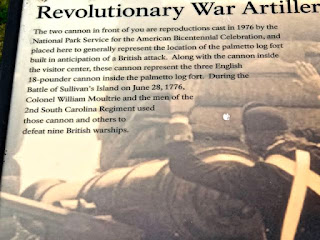 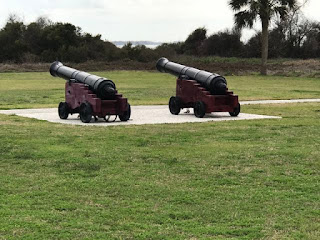 After South Carolina left the Union, the fort's garrison moved to Fort Sumter and state militia troops occupied Fort Moultrie. On 15 August 1947 the Army lowered the flag for the last time ending 171 years of service.

Maj General William Moultrie commanded the first battle of 1776 from Fort Palmetto and in his honor the fort name was changed as Charleston was saved from capture. 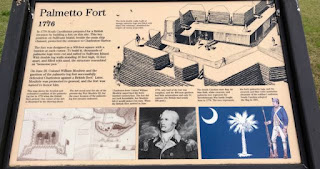 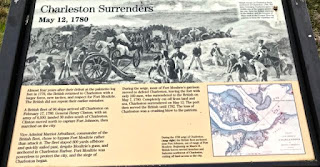 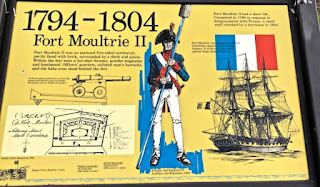 After the Civil War, Fort Moultrie was modernized in the 1870's with rifled cannon and deep concrete bunkers. Sullivan's Island was turned into a military complex.

In 1960 the land was turned over to the NPS and after extensive repair officially opened in 1976 to the public. 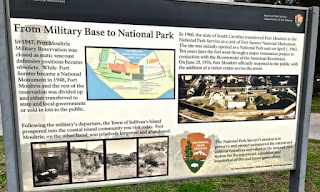 On the grounds at the entrance to the Sallyport is the grave of Osceola, the Seminole leader who with his following refused to be relocated. He died here after a short illness. Next to his grave is the Memorial and gravesite of 5 victims from the sinking of the Patapsco in 1864 by a Confederate Mine in Charleston Harbor. There were 62 victims total. 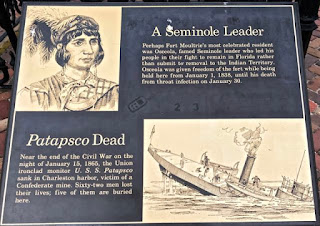 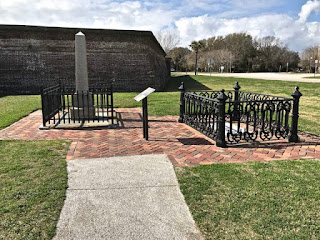 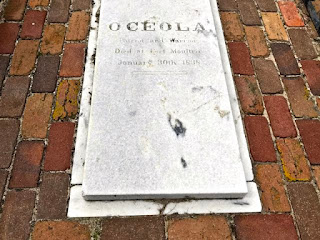 Beyond the parking lot is the gravesite of Maj General Moultrie whose body was brought fromWindsor Hill Plantation in interred. 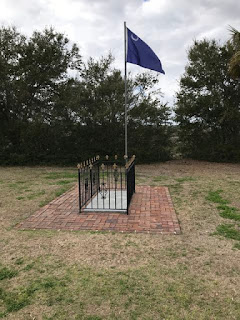 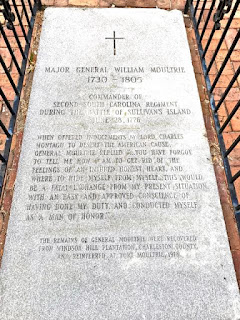