Today we drove to Andersonville NHS. This has been on our list and finally came to reality. I strongly recommend this as a stop if in the area. Featured as the first stop is the POW museum with exhibits honoring POW's from all wars.It is the only park in the National Park System to serve as a memorial to all American Prisoners of War. 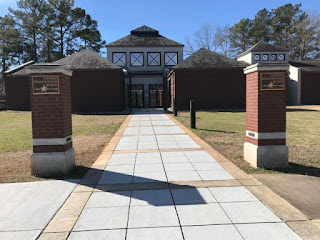 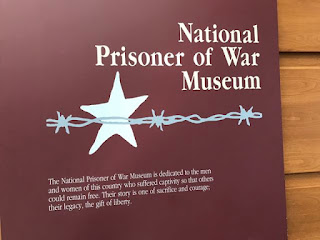 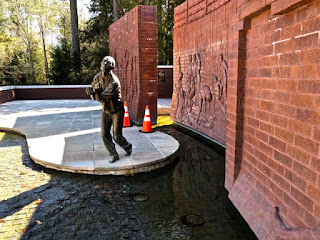 Andersonville or Camp Sumter was one of the largest Confederate prisons during the Civil War built in 1864. Prisoners were moved here from the Federal prison in Richmond due to greater security and food supply. In the 14 months of its existence, more than 45,000 Union soldiers passed through the gates of the stockade. 13,000 died from disease,poor sanitation, malnutrition and exposure. It was described by prisoners as "hell on earth". The camp was covered with vermin, lice and maggots.

When we arrived, saw a strange marking in the sky. Any ideas? 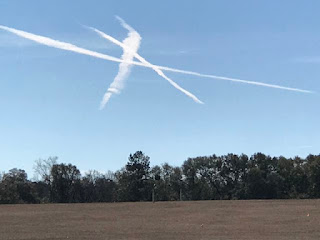 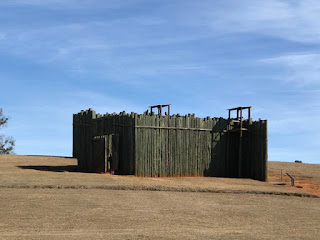 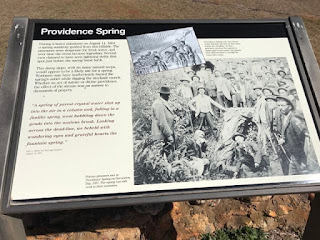 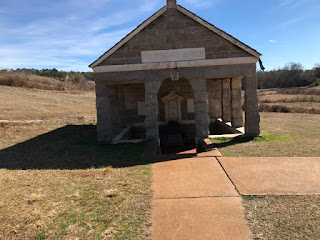 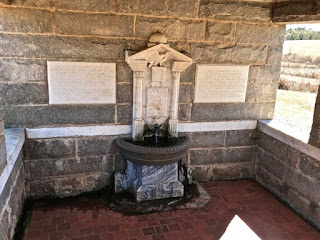 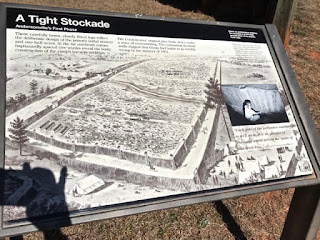 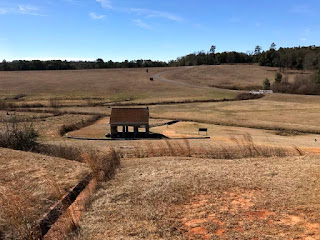 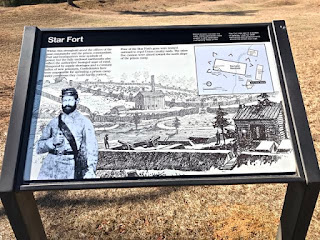 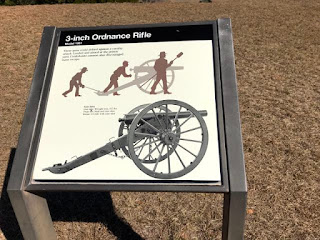 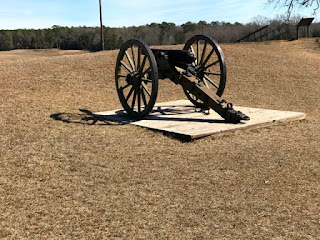 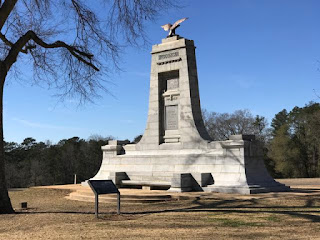 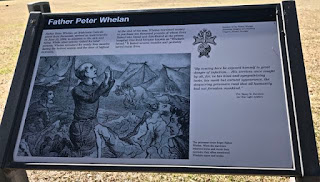 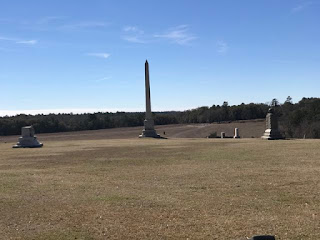 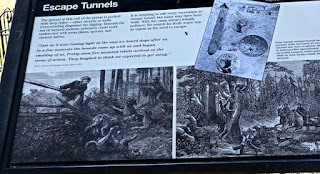 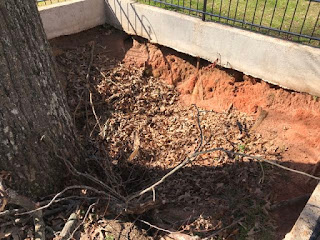 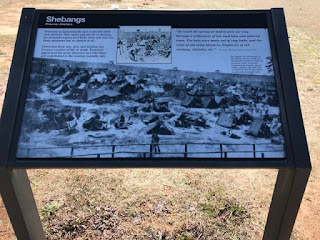 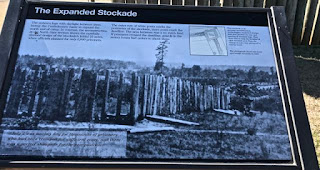 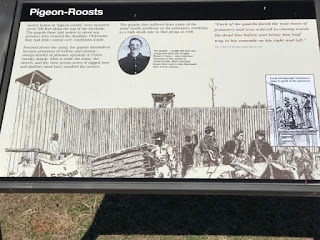 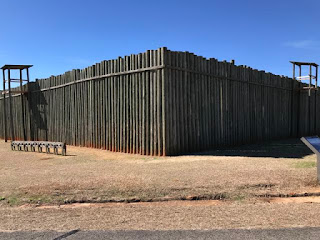 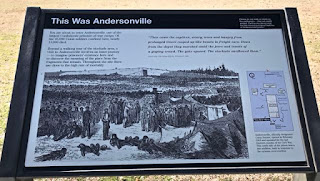 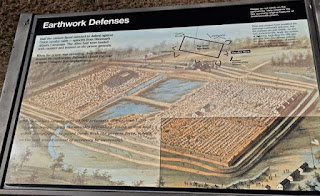 There were over 100 African American soldiers imprisoned here who had joined the Union Army. They received no medical treatment and were forced to work the burial detail and other hard labor.

After the war hundreds of the released prisoners died on their way home when the steamboat Sultana exploded and sank near Memphis in 1865. Others died from diseases contracted during their imprisonment.

Andersonville is the most infamous Civil war prison of the 150 or so set up across the country with some 56,000 prisoners dying while in captivity.

On the driving tour is the Andersonville National Cemetery established in 1865 and continues to serve as a final resting place for Veterans and their spouse.

The first interments were soldiers who died in the prison as well as those who died in hospitals, other prison camps, on the battlefields bringing the total to 13,800 with 500 marked unknown. Today there are over 20,000 interments. Prisoners were buried side by side in trenches with no coffin. Dorence Atwater who detailed to work in the hospital recorded the names and gravel locations of the deceased which he copied and smuggled out upon his release. The War Department refused to publish the list. It was when he met Clara Barton who was looking for missing soldiers that they together marked the graves of the dead. Thanks to their work, more than 95 percent of the graves were identified and stone markers placed. 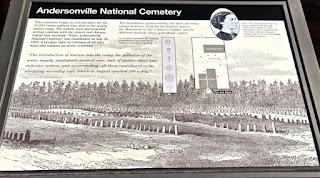 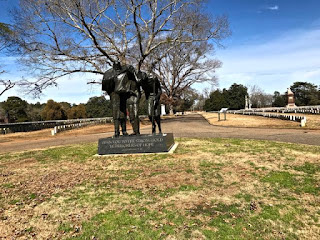 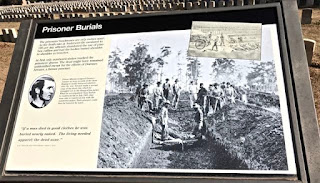 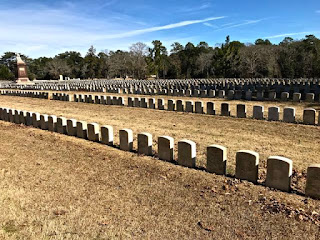 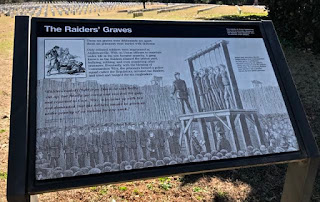 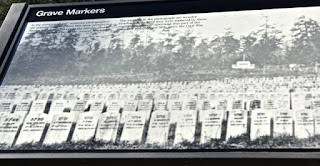 We then taveled to some other markers that John wanted for his website.