Today we returned to the Citadel to view the Awards Parade. 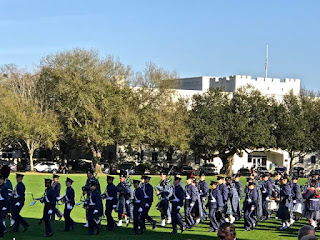 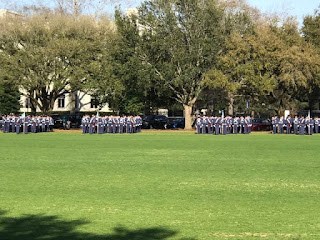 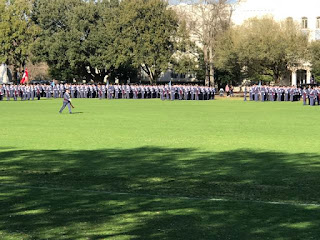 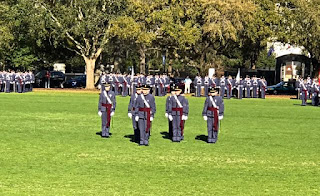 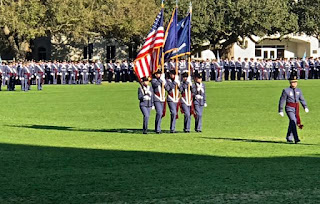 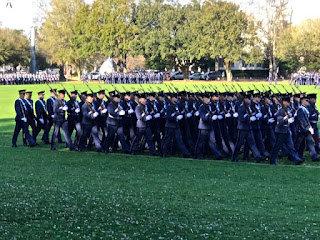 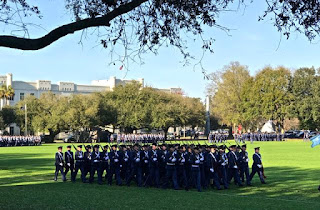 Two awards were presented..The Society of the Cincinnati Medal that is awarded annually to the senior cadet officer who best exemplifies the citizen-soldier characteristics of Lucius Quinctius Cincinnatus, a Roman farmer who left his plow to fight for the city returning to the plow after the victory. The society began in Fishkill,NY in 1783 after the Revolutionary War honoring the Americans who left their shops and farms to fight.

The MacArthur award is given annually to the senior Cadet who demonstrates outstanding qualities in academic, military and athletic endeavors. The foundation encourages students to practice the qualities of General Douglas MacArthur.

Military parades and reviews can be traced back to Alexander the Great. US Military parades began at Valley Forge. Modern day ceremonies are conducted to inspect troops, render honors, preserve tradition and foster espirit de corps. Parades are free and open to the public.

It warms the heart to see these young cadets display honor, dignity and respect. Also discipline and academic achievements.

If only our public and private colleges and universities could instill the same values. It is truly an honor to be accepted at military colleges.

Returning to the campground, took a picture of a C-117 between the trees.