A Busy Day of Historic Sites

Before departing Fair Harbor RV park, got one last visit of the goats. They are so cute and an added attraction to the campground. 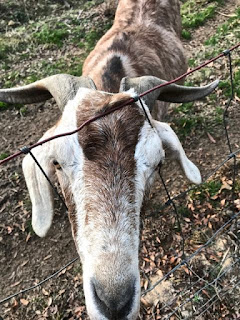 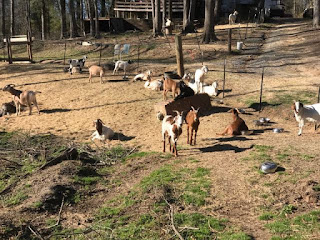 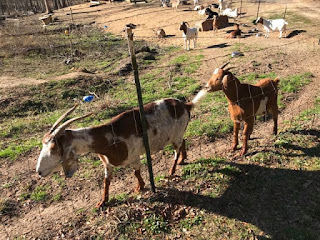 Our drive today to our next campsite in Appling GA took us up IH 75 to Macon and Hwy 129 to 44 though Lake Oconee community..a very upscale area on the Lake. Our exit on IH 20 was 183 through the small town of Appling. Our home for the next week is Pointes West Fort Gordon Recreation area on Lake Thurmond. After checking in to our site 3Q which is ideal both for view of lake and price of $14/day with full hookups, we drove the 30 miles over to the base. Fort Gordon is home to the US Army Signal Corps, Cyber Corps and Cyber Center of Excellence. 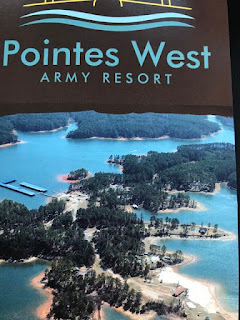 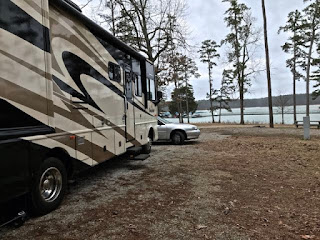 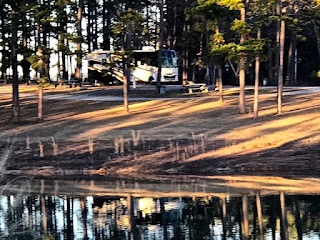 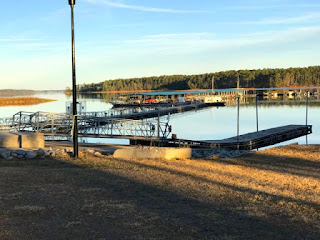 On my walk this afternoon, captured the following image. Think the ghost has followed us from Hope's. 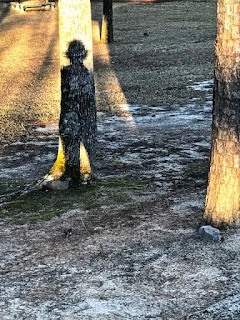 Our objective today was to go to Aiken,SC to locate Aiken AFS, but there are no remaining buildings and today it is a private air field. On our way we stopped at the SC Visitor Center and the very nice lady recommended that we drive down to Blackville to have lunch at the Miller's Bread Basket that is owned by the Amish and Mennonites.  They specialize in Dutch/Minnonite cooking with a southern touch. All food is homebaked and served cafeteria style. It was very good. We especially liked the beets and pecan pie. Bought a jar of the beets.

We then drove home via Beech Island, SC to locate another fort sign for Fort Moore.

Today we drove into Augusta to St Paul's Church and the former site of Forts Augusta and Cornwallis. Fort Augusta was located on the grounds of St Paul's Church and established in 1737 and active during the French & Indian War and in the Revolutionary War. It was captured by the British in 1779 and renamed Fort Cornwallis. In 1781 it was recaptured by Patriots, abandoned in 1782 and demolished in 1786. 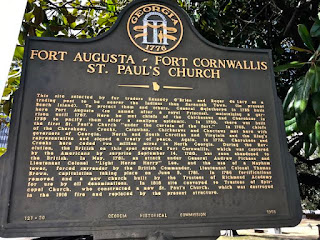 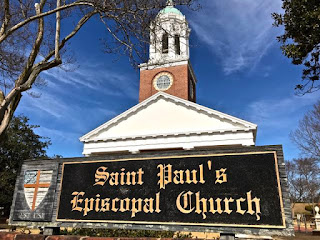 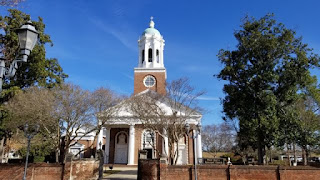 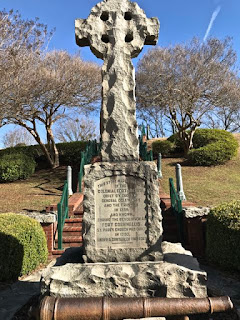 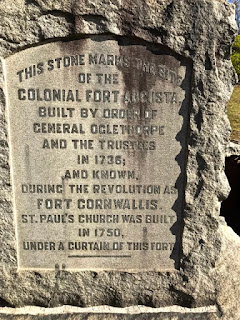 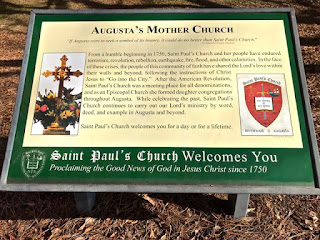 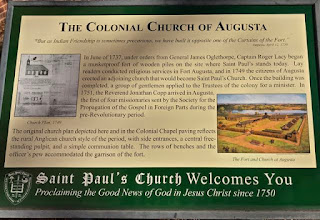 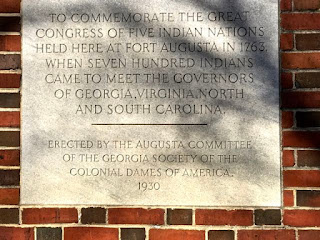 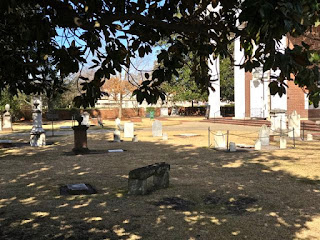 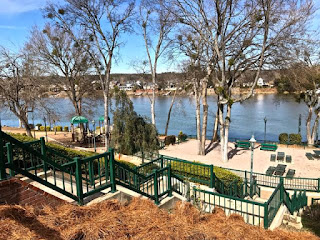 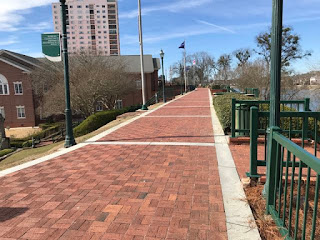 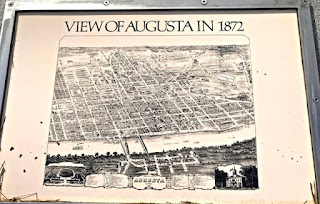 The first St Paul Church was built beside the original fort in 1750 and used as a refuge during the French and Indian War. The present church was built in 1918.

George Washington on his Southern Tour visited the site of Fort Cornwallis. 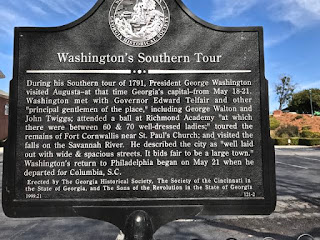 Our next stop was the Augusta Arsenal on the Campus of Augusta University Summerville Campus. The buildings have been repurposed for academic use. The Arsenal was established in 1816. The original site was abandoned after a Black fever epidemic and a new site built in 1827. In 1861 the Arsenal was seized by Confederate forces and held until 1865. It operated until 1955 and transferred to the Board of Education. 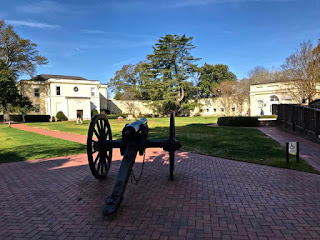 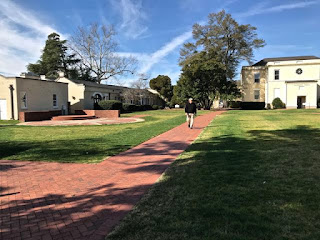 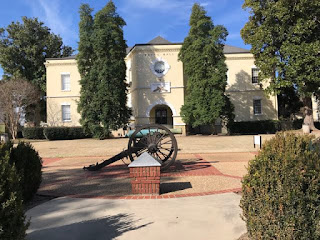 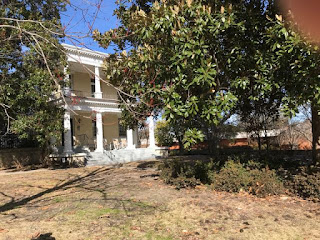 The Commandant's House was the boyhood home of Stephen Vincent Benet. 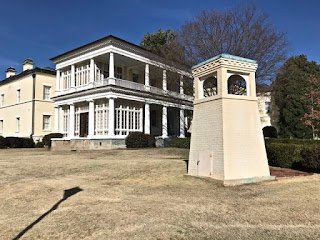 The neighborhood surrounding the campus has some very old historic homes. Believe it is known as the Summerville neighborhood.

While in Augusta we also visited the site of the Confederate Powderworks  built on the old US Arsenal site between the Canal and Savannah River in 1861. It was the second largest gunpowder factory in the world. The only remaining part is the chimney. The Sibley Mill was built on the site using bricks from the demolished powder works. It manufactured denim until 2006. 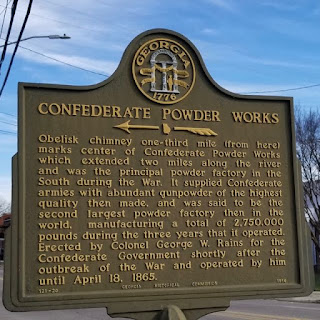 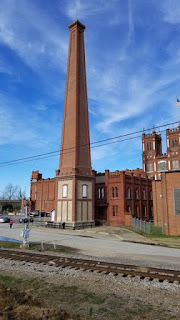 All and all, it was a productive day and the weather was good. Rain in the forecast for the next 4 days.