We were able to arrange a tour of Fort Tombecbe in Epes, AL near the town of Livingston. The site is only accessible through arrangements with the Black Belt Museum in Livingston. A phone call to Dr Ashley Dumas, Asst Director and Curator of Archaeology put us in touch with Brian Mast, Public Historian who agreed to meet us at 200PM and give us a tour of the site. 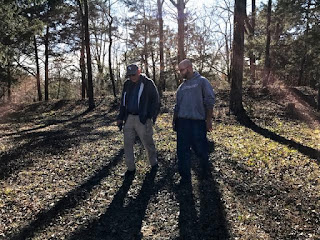 The Black Belt Museum across from the Sumter County Courthouse in Livingston is dedicated to the collection, preservation and interpretation of the landscape and history of the Black Belt region of Alabama and Mississippi. The museum is affiliated with the University of West Alabama and is not yet open, but does have window exhibits for viewing. Black Belt has both a geographic and cultural history. 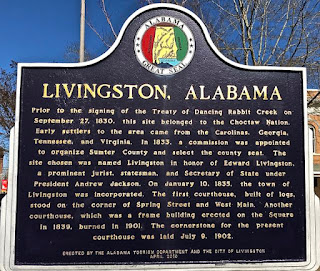 Thank you Ashley and Brian for making our tour possible. Brian, you gave us a very in depth history of the forts on this site and we appreciate your time and expertise. Also, thanks for bringing Charlie along. He is a very handsome and friendly dog.

Fort Tombecbe (Fort Tombigbee) was established as a French trading post in 1735 by Sieur de Bienville, governor of French Louisiana high on a bluff overlooking the Tombigbee River.The French wanted to strengthen their relationship with the Choctaw tribe and to protect France's holdings from the British expansion. In 1763 it was ceded to the British in Treaty of Paris and renamed Fort York. In 1768 it was abandoned and established by the Spanish in 1794 who renamed it Fort Confederation. The Spanish withdrew in 1795 under the Pinckney Treaty and the Americans occupied the site as Fort Tombigbee until 1799. 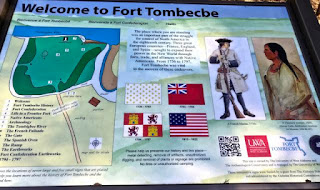 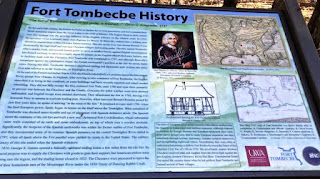 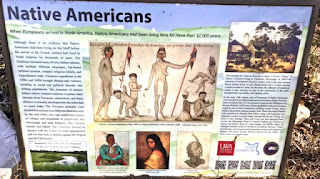 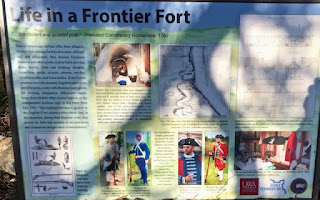 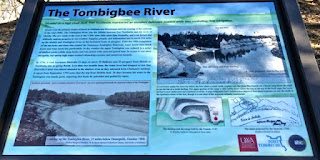 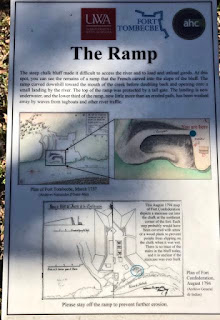 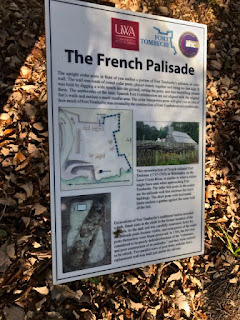 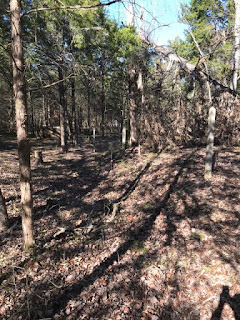 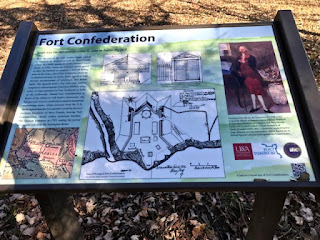 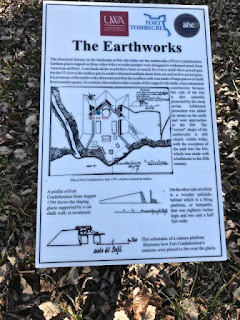 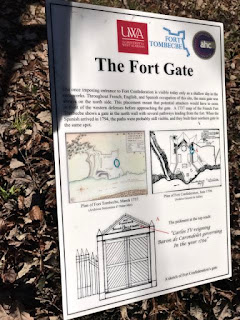 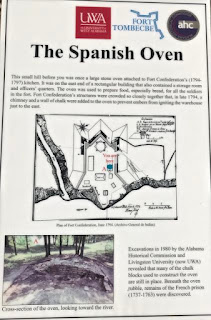 The area lay dormant until 1815 when a Choctaw Trading House was established near the site. This was compensation for the Choctaw support against the Creeks and operated until 1823.

There is a stone monument placed in 1915 by the Colonial Dames of American.Archaeological excavations from the 1980's are continuing. 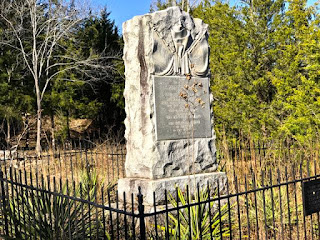 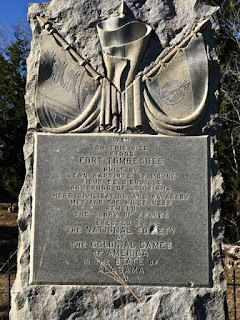 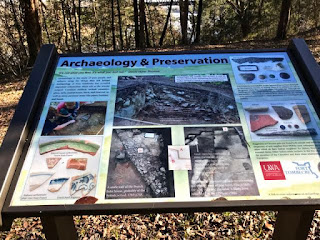