Another Visit to Fort Pickens

Today we drove over to Santa Rosa Island across the Bay from Pensacola to visit Fort Pickens, our 4th visit since 2009.

For over a century Fort Pickens guarded the Pensacola Bay entrance and the largest built on the harbor. As a result of the vulnerabilities of the War of 1812, 40 coastal forts were constructed. Fort Pickens was designed for over 200 cannons. Built with over 21 million bricks and completed in 1834 after 5 years of construction using slave labor who were exposed to intense heat, disease and poor working conditions. The fort is in the shape of a pentagon designed to withstand attack on 5 sides. 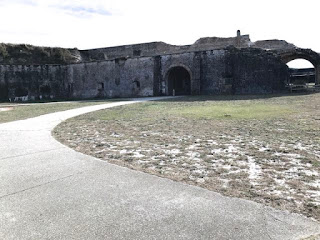 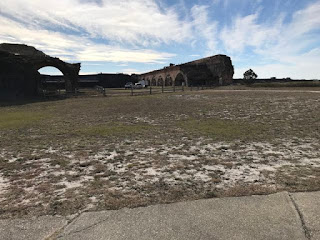 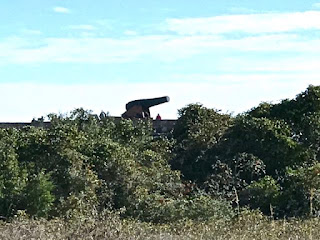 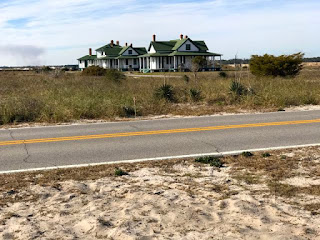 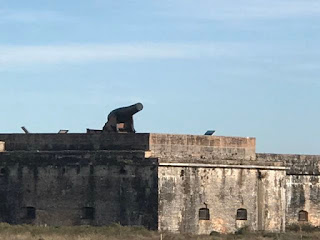 The only combat that took place at the Fort was during the Civil War when an assault by 1,000 Confederates was waged against the Union encamped at Camp Brown outside the fort. Following the battle, the Union bombarded forts McRee and Barrancus. Confederates abandoned Pensacola in 1862 and Fort Pickens saw no further combat. As I mentioned in previous blogs, John's Great Grandfather fought in this battle on the Union Side and was a member of the 6th NY Infantry and stationed at Camp Brown which is now located in campgrounds B,C and D in the park. No signage or remains. 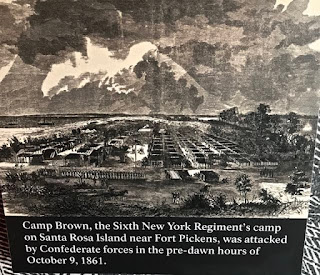 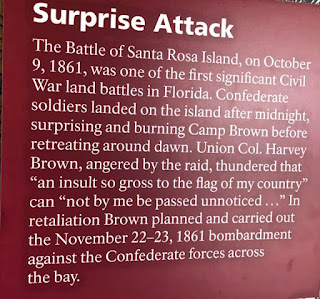 In the Museum is a display of the debris that washes up on shores and the timeline of deterioration that takes eons. Also, a sign depicting the debris found in stomachs of marine animals. 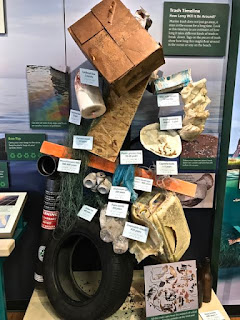 The white sand beaches are a result of millions of years ago granite from the Appalachian Mountains washing down and the quartz crystals that survived the long journey. Looks like a dusting of white sugar. 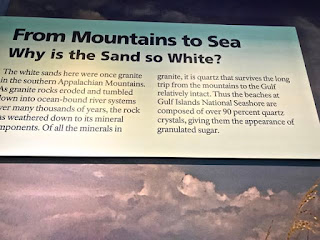 After the Civil War, new batteries. cannons and minefields in the harbor were added.

Batttery #234 and twin #233 facing Perdido Key were designed to house 6" guns which were never received. The gun display today were placed in 1976 by the Smithsonian and are from Fort Custis. They are identical to the guns that would have been emplaced. Couldn't resist photo of us by the big guns. 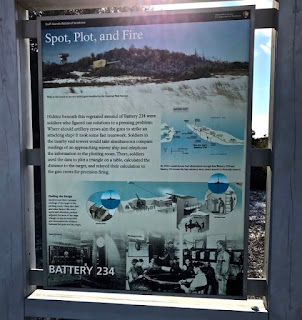 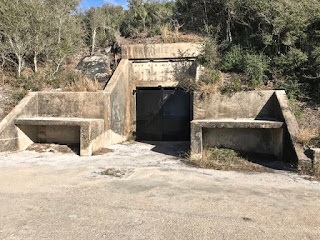 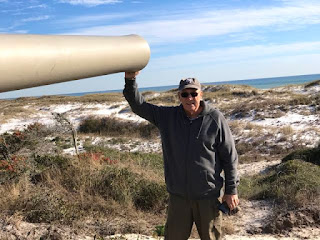 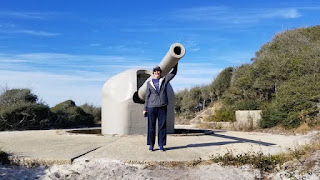 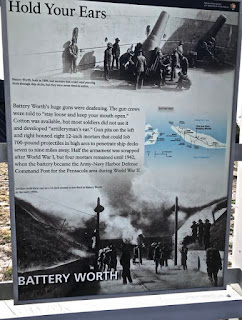 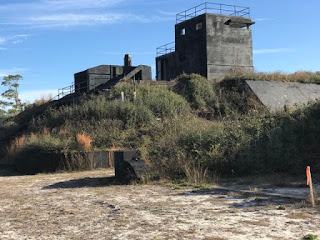 Battery Langdon was completed in 1923 and had two 12" guns. During 1942-43, concrete casements with walls 10 ft thick were added to protect the guns and crew. Overhead masonry was 17 ft thick. As noted on sign, first time an Artilleryman fired it his hat blew off, pants split and ripples in the sand could be seen. Many bled from the ears and mouth due to the concussion of the blast. It has a range of 17 miles. 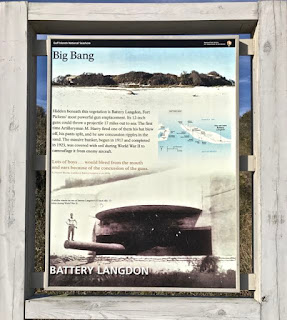 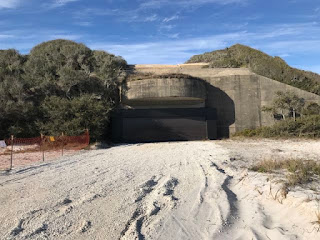 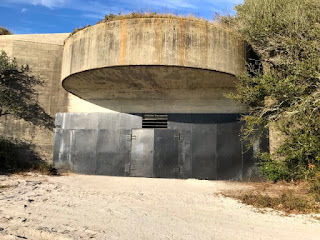 There are other batteries you can tour by car or foot. Nine are listed in the park guide.

Also on site are three WWII Radar sites that we visited on foot so John could document for his website with photos and measurements of remaining concrete slabs. An armadillo crossed my path, but I was not quick enough with camera. Never expected to see this in the park, but guess they are rather common. Think they are the ugliest animals.


Fort Pickens in 1886 also served as a prison for 16 Apache men in 1888. They were separated from their families when the wives and children were taken to Fort Marion in St Augustine. Among the imprisoned at Pickens were Geronimo and Naiche  the youngest son of Cochise. In 1887 due to public outcry, the families were reunited at the Fort. Geronimo's wife She-gha is buried at Barrancas National Cemetery. In 1888 due to fear of yellow fever the Apaches were removed to Mount Vernon Barracks in Mobile. In 1894, they were moved a final time to 50,000 acres in Fort Sill, OK where Geronimo died in 1909. We visited his grave site.There is so much more to the history that you can research.


Fort  Pickens was part of the coastal defense system until 1947 after which coastal forts were declared surplus. It is now part of the Gulf Islands National Seashore.