Finally a sunny day, so we drove to Mount Vernon, AL so John could document and get photos of several historic sites and markers. We decided to drive Hwy 90 along the Gulf stopping in Pascagoula then to IH 10 with a stop at the Alabama Visitor Center to get some info and a map. We then picked up IH 65 to Hwy 43 exiting on the Military Highway in MountVernon.

In Pascagoula we drove the Beach road along the Gulf passing several decorated homes, mansions and sign for Camp Jefferson Davis located in the local park across from the Gulf. 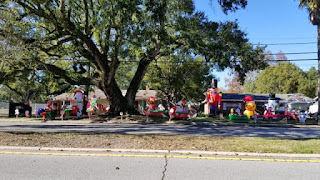 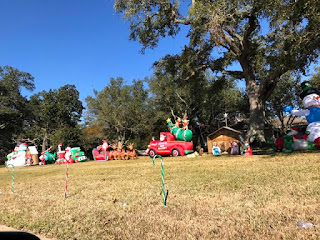 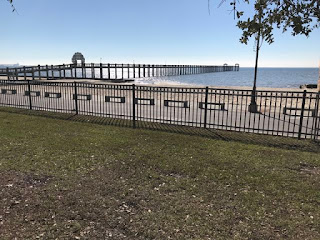 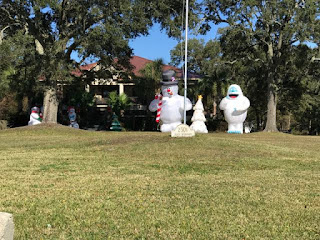 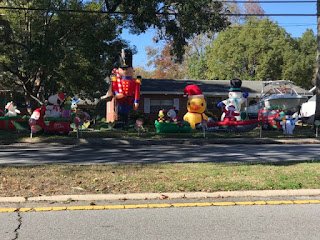 Camp Davis was erected in 1848 and abandoned in 1855. It was a Mexican War Camp to reorganize part of the troops returning from the Mexican War. In 1850 it was renovated for use as a military asylum and closed in 1855. It never fully recovered from the 1852 hurricane and no remains today. 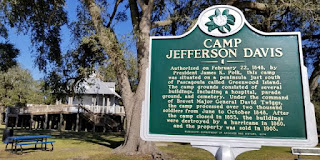 The Longfellow Mansion is just down Beach Blvd from the site of Camp Davis and has a colorful history. Slave trader Daniel Graham built the home in 1850 and has served as a girls' school, country club and is said to be haunted by the tortured and murdered slaves. The name has been changed several times with no direct association to Henry Longfellow. After being damaged by hurricane Katrina, it was sold to in 2006 for use as a private residence. 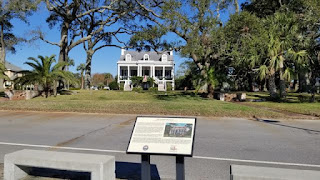 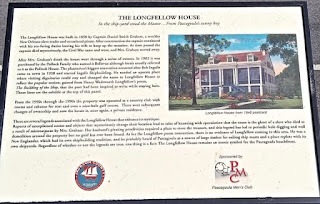 We then drove up to Mount Vernon to locate signages for Fort Stoddert established in 1799. Aaron Burr was held prisoner here after capture in in 1807. During the Creek Indian War General Clairborne posted his Mississippi Militia here and sent troops  to many of the settler forts in the area. In 1814 the fort was abandoned and no remains exist.

Our next stop was just across Hwy 43 to the Mount Vernon Arsenal, later the Searcy mental hospital for Afro Americans or colored as they were called in that day. It was desegragated in 1969 and closed in 2012.The Arsenal was built in 1828 and abandoned in 1894. It was then deeded to the state of Alabama in 1895. It was captured by the Confederates in 1861 and returned as a US Arsenal  after the war. In 1873 it was named Mount Vernon Barracks and used as a prison for some 700 captured Apache Indians including Geronimo in 1873. Public access is not allowed and the buldings have fallen in ruin. 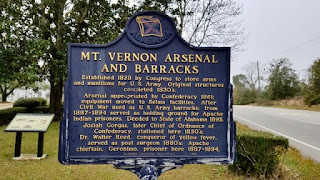 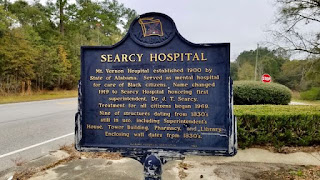 On our way back to Shields RV Park, we stopped at Costco for adjustment on John's glasses..4th time. They gave him new frames. He then went over to Best Buy to purchase a selfie stick with a tripod for scanning documents when doing research away from RV. I went in the Dollar Tree to purchase crossword puzzle books..$1/ea. Since Sketchers was close, he bought 2 pair of shoes. Got back around 6PM. Beautiful sunset at campground. 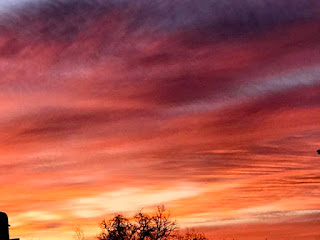 Fort more info on the forts and pictures you can go to John's website http://www.fortwiki.com