Our drive today took us via Hwy 90 East with a detour to Camp Wood NE of Brackettville to visit site of  Camp Wood and Mission San Lorenzo de la Santa Cruz. The mission was established in 1762 to protect the Lipan Apaches from the Comanche tribes. After the mission was abandoned until 1857 when a permanent camp named Wood used as a Texas Ranger Station. An effort is being made to restore the mission. Only stones and markers remain today. 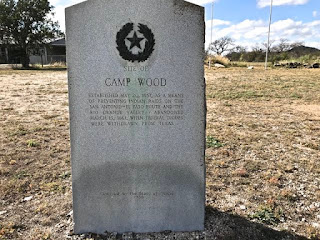 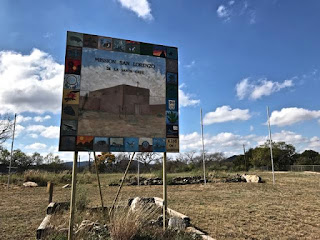 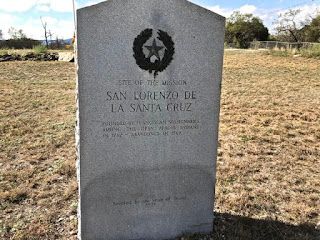 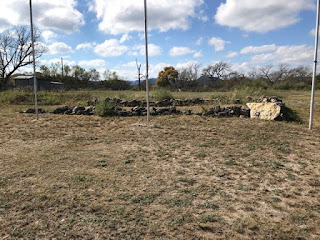 Fort Clark began as a US Army Post in 1852 to defend the settlers and travelers against Indian attacks on the Pecos Trail. During the next 100 years it was home to Buffalo Soldiers regiments, Cavalry units and the Black Seminole Indian Scouts. During WWII, it was the headquarters for the 2nd Cavalry and housed more than 3,000 German POW's. 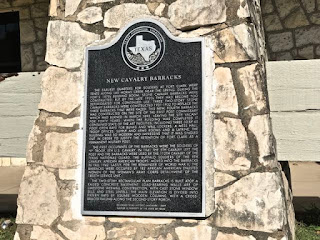 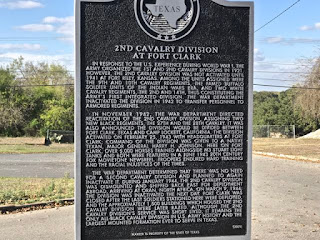 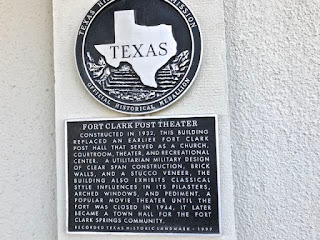 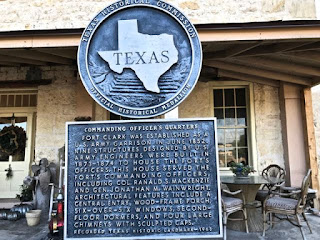 Today is has been repurposed into housing, businesses, museum,golf course,hiking, biking trails, motel and RV park.

This is definitely worth a trip and had it not been for the lateness of the day, would have liked to spend more time.

Took a lot of photos. Also in the area is the replica for The Alamo buit for the John Wayne movie. Unfortunately it has been closed for years.

Tomorrow we are driving to Eagle Pass to visit the Eagle Pass AFS which is in deterioration and then to visit Fort Duncan in Eagle Pass.
Posted by Amy at 12:31 PM