Our time at Pt Mugu NAS has been relaxing and quiet with only a few outings. Have been enjoying the cooler weather, walks on the beach, keeping tabs on the seals and sea lions who make their home here. Saw a Heron on one of my walks. This is a protected estuary. 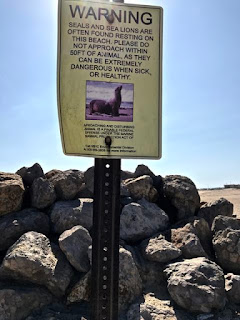 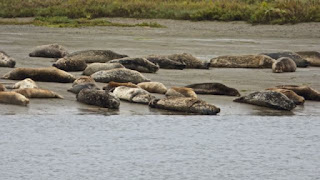 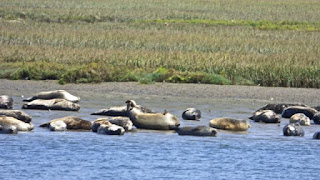 On the 22nd we drove up to Santa Barbara to look for a WWII gun emplacement that was located in Shoreline Park, but no remains or signs. We then stopped at a beachside cafe for lunch before going into town to visit the County Courthouse and outside visit to Santa Barbara Mission. We did not do the inside tour as we had been here in 2012. 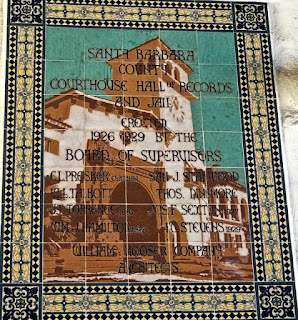 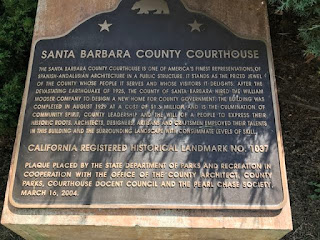 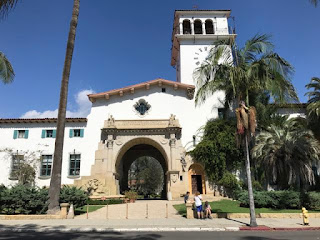 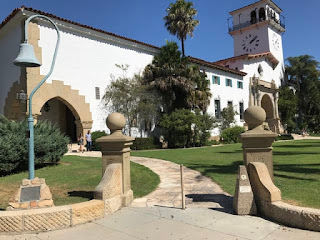 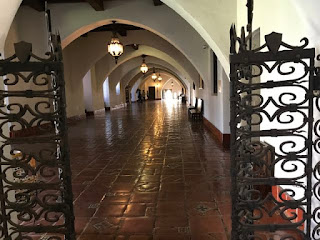 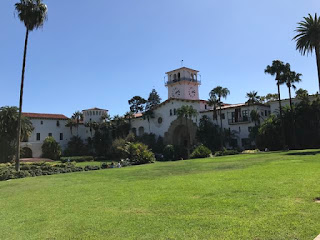 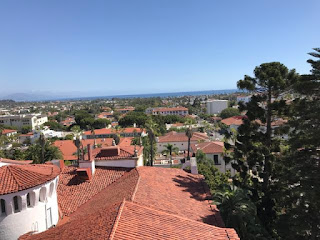 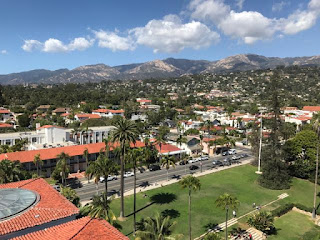 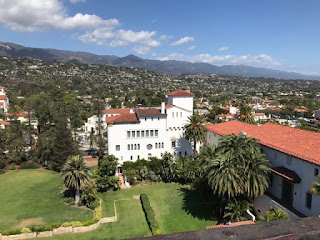 The Courthouse is very impressive with the Spanish architecture and do recommend taking the elevator to the top for impressive views of Santa Barbara. The Courthouse was constructed in 1926-1929. Unlike any courthouse we have ever seen.

The Mission was founded in 1786 and the church built in 1820 only to be destroyed by the 1925 quake. It was restored in 1927 and 1953. In front of the mission is the Lavanteria, that served as a laundry for the mission and Native Americans. 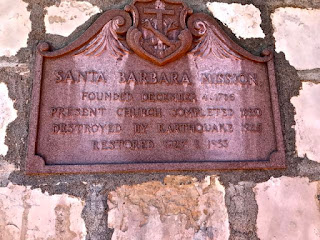 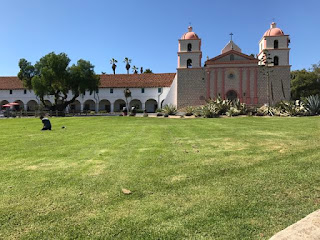 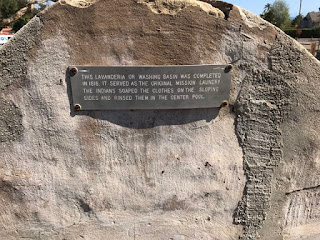 On Saturday we drove to Manhattan Beach to look for another gun emplacement that now has homes and businesses on the site, but no remains and signs. The drive on PCH took us through Malibu and Santa Monica.  In Malibu on the Pepperdine University Campus is a flag display consisting of 2,977 flags to honor the victims of 9/11 and the 90 international flags representing individuals from other countries. The Waves of Flags became a tradition in 2008 when the College Republicans wanted to bring tribute to the victims. It will be on display this year unti the 26th of September.
It takes a group of over 150 volunteers to install and raise the flags. The dates vary from year to year.

On Tuesday we are having  Hernandez mobile wash come out and wash the RV. It is really dirty. Hopefully John will have time to wax it before we depart for Nellis AFB in Las Vegas.