A short drive over to Depoe Bay and Sea and Sand RV Park. Worst part of drive was coming through Lincoln City with bumper to bumper traffic.

The park is very nice and we have a very ideal spot in the forest area across from office and next to laundry room-site 25. Full hookups, cable TV, free Wi-Fi and 30 amp. The park is quiet and has a short walk to beach. Staff very friendly and helpful with nice store. Temps in the 60's, a welcome from 90 and 100 degree heat.

When John got out electric hookup he noticed it was burned out. Since we had not used since leaving Hope's, he surmised that it happen with their connection. Just thankful it did not cause a fire or damage. Fortunately the park store had one for purchase. We did not need  the connection in Salem as the park had 50amp. 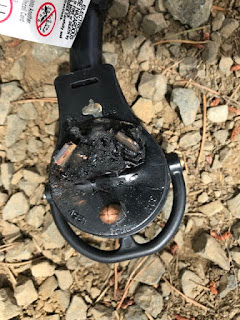 The park has several type sites ranging from lowest priced in the Forest to Premium Ocean, Ocean and Hilltop. Prices in summer range from $39 to $79/day with 10% Good Sam discount. Would definitely stay here again. No tents allowed and can only accommodate up to 40 ft.

Have spent last several days walking on the beach..for some reason no sand dollars or shells on this beach. Pictures of Beach at Park. 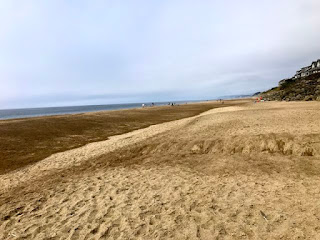 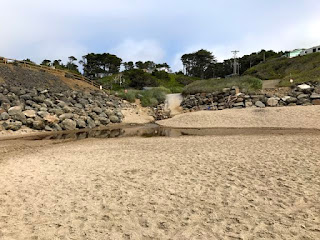 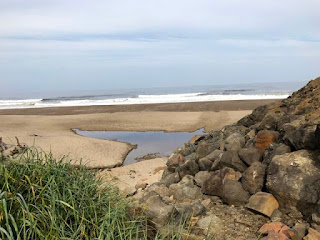 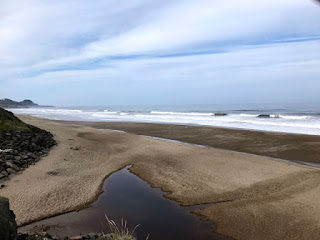 Went to Mo's for dinner one night for the delicious Clam Chowder and clam strips. John got fish tacos, but said they weren't as good as Hope's.

Drove up to Mt Hebo on Sunday so John could get some pictures of the old AF Radar Station that was dismantled in the early 70's. When we got to the top, it was foggy and damp. I did not take any pictures.

Tuesday we drove to Cape Foulweather that was discovered and named by Captain Cook in the 1700's. Saw several small whales in the cove below. Wish I had taken my camera as too far away to get good photo with iPhone.

We depart on the 16th for Elkton, OR and then on to Guaranty RV Service in Junction City for some repairs.