After a brief stop at McDonald's for breakfast we began our day 2 tour of Yellowstone taking the south loop.

We stopped and walked around Biscuit Basin on the way to Old Faithful. There are some colorful geysers here. 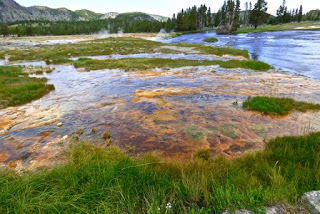 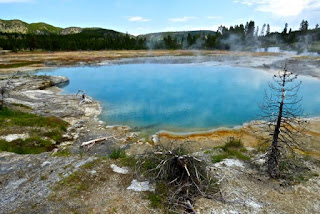 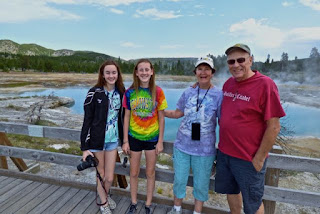 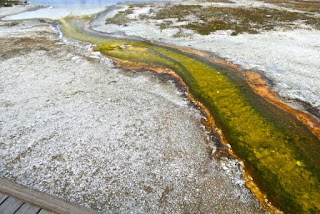 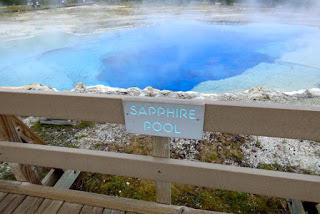 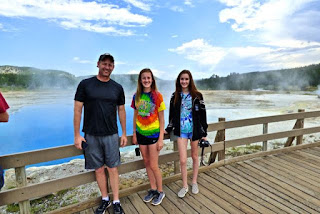 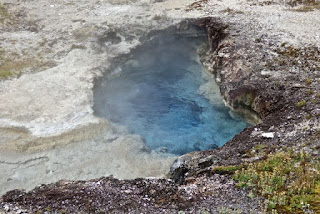 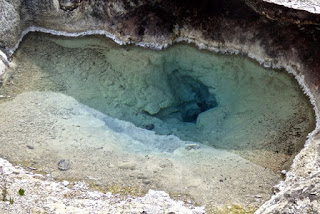 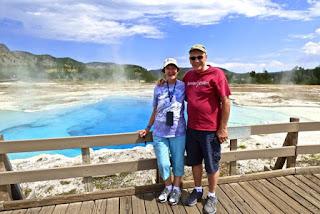 We saw 2 eruptions of Old Faithful..1Pm and 2Pm..the 2nd one was higher than the first. Old Faithful was the first geyser in the park to receive a name. The eruption height can be 106 to 185 feet. It is the more predictable in terms of eruption times and the most famous. Since 2000 it has erupted every 44 to 125 minutes. There are some 500 geysers in the park and 10,000 thermal features. 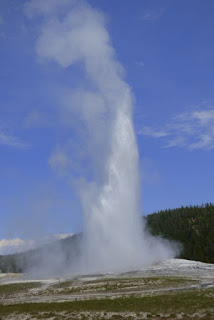 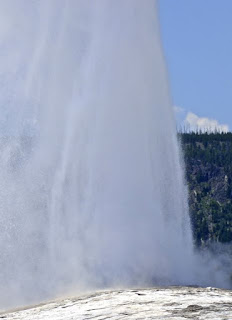 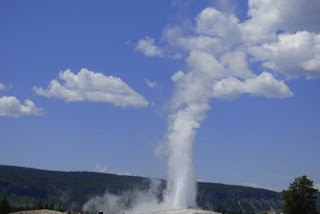 
Our next stop was Lehardy's Rapids on the Yellowstone River. In June and July you might see Cutthroat leaping into the air. I only got under water photo of one. It is thought that this is the actual spot where the lake ends and the river continues its northward journey. 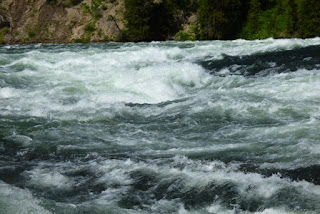 Following the Yellowstone River north to Canyon Village, we stopped at Artist Point for spectacular views of  the Grand Canyon of Yellowstone, Yellowstone River and Lower Falls. It was mistakenly named thinking this was point where Thomas Moran sketched his picture of the falls only to be determined later that it was from the north rim and not the south rim. 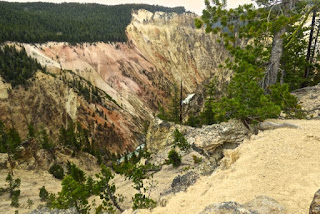 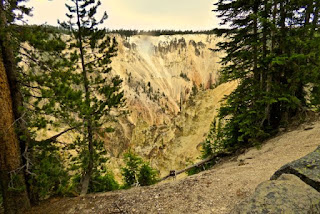 A stop for bison photos of herd along the road, we continued on to Norris Geyser, but only did a short walk as day was getting late. 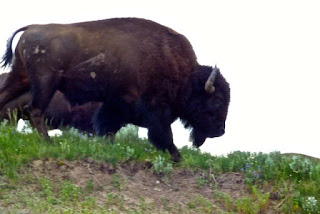 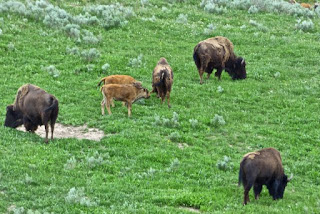 Came back to iHome for spaghetti dinner and drive into town for ice cream.

There was so much they missed on this tour due to time constraints. Do hope they return someday and spend more time.It was so nice spending time with Eric and  Granddaughters. Girls are growing up fast. It was a real delight touring with them.

John and I already talking about returning sometime in the Fall and maybe staying in one of the park campgrounds.