Drive to Salmon,ID and Return

One of the reasons we are staying in Arco is to visit the site of Fort Lemhi near Salmon and the Sacajawea Interpretive Center as well as historic markers concerning Lewis and Clark along the way.

Our RV park, Mountain View, is very nice and probably the nicest in the town. Seems to be mostly in and out 1 or 2 nights. We are staying 3.

Our drive today took us up Hwy 93 around 100 miles to Salmon passing several mountain ranges to the east and then following from Challis the Salmon River to Salmon. Michel Bourdon discovered the Challis Valley in 1822 on an Hudson Bay Expedition. 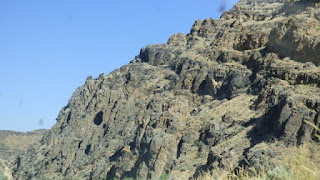 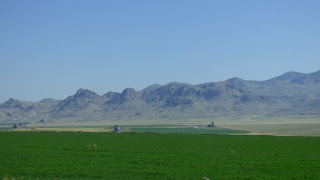 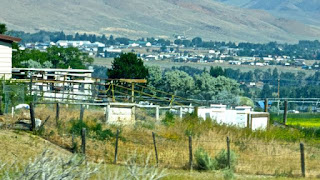 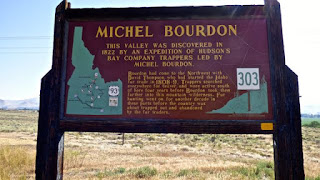 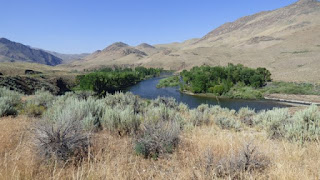 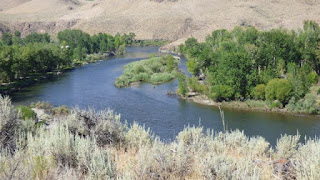 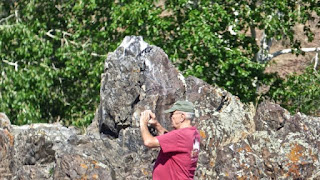 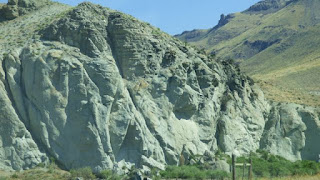 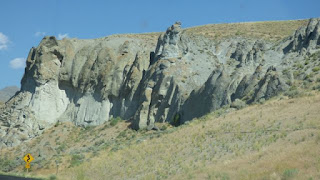 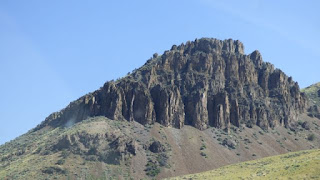 We continued up Hwy 93 from Salmon to Tower Rock with a stop at a Fort Bonneville Sign. After abandoning Fort Bonneville in Pinedale, WY on the Green River, he established another trading fort near Carmen, ID. 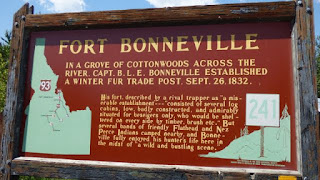 Tower Rock was a campsite for Lewis and Clark on 21 August and again on 25 August. It is on the Salmon River and is now a state park. 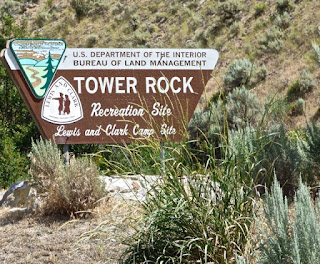 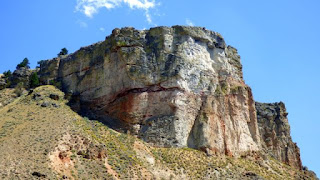 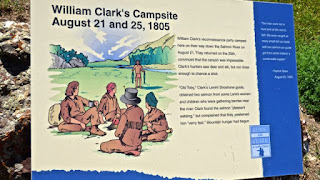 Returning back to Salmon, we toured the Sacajawea Interpretive Center and met the host volunteers who are also full time RV'ers. Chari and Steve volunteer at different National, State and Museum sights around the country. In conversation we learned that they are also going to Newfoundland next summer, so hope we meet up again with them. 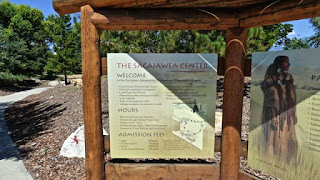 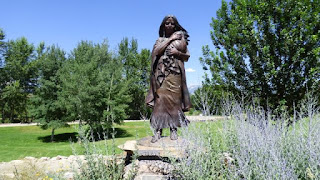 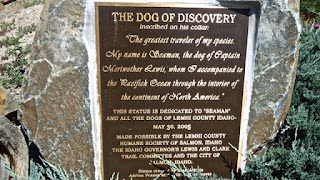 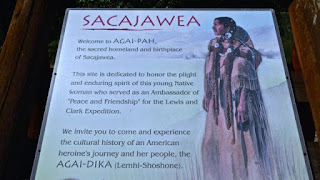 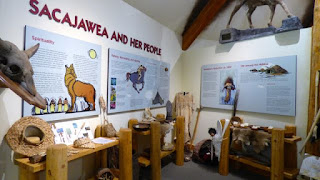 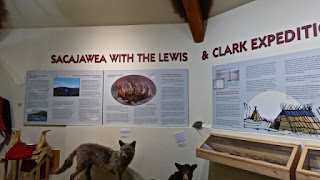 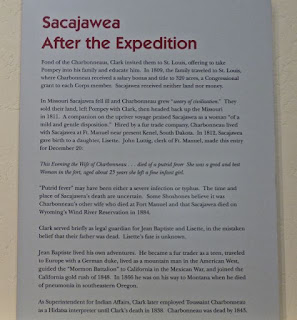 The museum has a good history about Sacajewea and her travel with Lewis and Clark Expedition. When she was younger as her family was out buffalo hunting she was captured by the Hidatsa when she was 12. It is said that Charbonneau purchased her from the Hidatsa when she was 13. It was at Fort Mandan that Lewis and Clark chose Charbonneau and Sacajewea as guides. In February 1805, she gave birth to Jean Baptiste nicknamed Pompey. She and Charbonneau settled in St Louis where she gave birth to a girl, Lizette in 1810. Little is known as to what happened to Lizette and even more mysterious is the actual date of Sacajawea's death. Some believe it was 1884 and others say it was 1812. Wikipedia has much info on her, but none can be proven.  At any rate she was a valuable asset to the Expedition.

Lewis and Clark after crossing the Lemhi Pass, unfurled the American flag here. 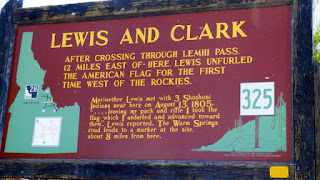 We considered driving the 12 mile Lemhi Pass, but roads are rutted, gravel, steep and last 4 miles one lane. Decided that our 14 year old Malibu with 200,000 miles might not make it.

Lewis & Clark after crossing the Continental Divide on 12 August 1805 camped near here with Shoshone Band and it wa here that Sacajawea recognized her brother who was chief of the Shoshone. 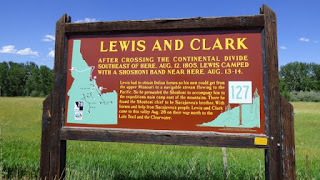 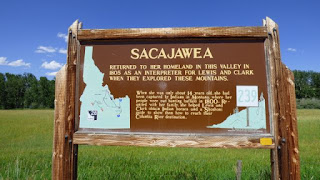 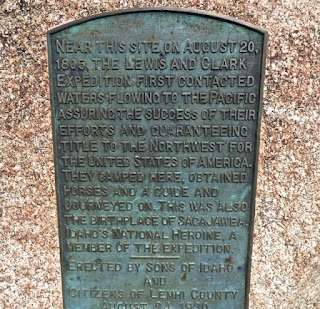 Fort Lemhi erected in 1855 by the Mormons as a religious settlement was abandoned in 1858. Only remnants of a wall and several stone markers remain. Site is on private property east of the town of Tendoy. 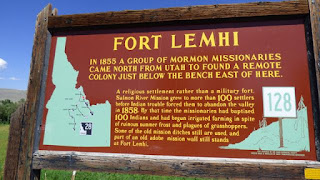 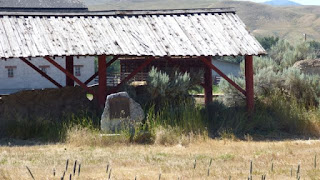 In August 1805, it was determined that the Salmon River was too rugged for the canoes and decision was made to go west 110 miles across the mountains.

In 1805 3-4 Sept, the Expedition crossed the Bitteroot Mtns.

Driving back to Arco, we took Hwy 28 with the Beaverhead mtns to the East and the Lemhi Range to the west.Not near as scenic as hwy 93 and longer. There was a sign about prehistoric man in the area and we had to stop for a mother cow and her calf who wanted to cross the road.


Arriving back in Arco, it wa 7PM so we opted for dinner at Pickles who advertise Atomic Burgers.  Arco is near Atomic city where in 1961 a nuclear reactor accident happened. The population of that town today is 25. Also, this area is home to the Idaho Nuclear Lab encompassing a vast area of land in the area.

Tomorrow we are going to Pocatello to visit replica of Ft Hall on the Bannock County Museum site. We were last here in 2011, but it was closed.

We leave for Mountain Home AFB on Tuesday.