Our drive yesterday from Arco, ID to Mountain Home AFB was only 3 hours. This is our second stay here. We were able to get the last spot as they don't take reservations.

Today we drove over 300 miles rt to Danner, OR via Hwy 78 and 95 for the purpose of locating several 1860's camp sites and Jean Baptiste Grave in Danner 2 miles off Hwy 95 in Oregon and 20 miles west of Jordan Valley.

First stop was Camp Lyon1865-1869 and was an Oregon Volunteer Camp established during the Snake War. There are no remains or signage. Next we visited Fort Dobie or also known as Inskip Station established in 1850's. Site is now on  private property and this is supposed to be where Jean Baptiste Charbonneau died and is buried. 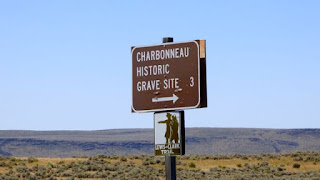 Once again, there is controversy surrounding his death as with his mother's. When we were at Fort Washakie in Wy and visited the gravesite of Sacajawea , there was a gravestone next to hers that stated he died in 1885. It also states on her stone that she died in 1884 and Bazil, her adopted son, in 1886. guess the real truth will never be known. This site states he died here in 1866.

Our next stop was Camp Henderson established May 1864. It supposed to be located on Crooked Creek south of Hwy 95 in Malheur County OR. No remains or signs.

We decided to return via IH 84 taking 95 north to 55 and over. Stopped at Camping World to replace pin lost on tow bar and Lowe's to replace smoke detector.

Drive today was not so scenic..lots of brown fields with fertile lands scattered near the Snake River. Seems this area needs rain. Even the Base is dry and brown. 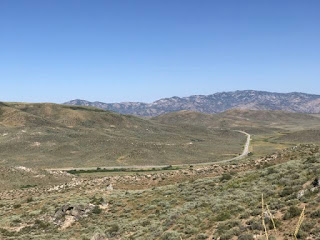 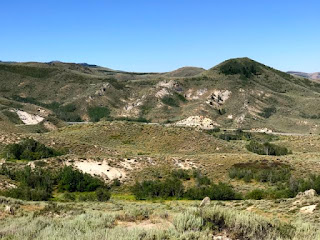 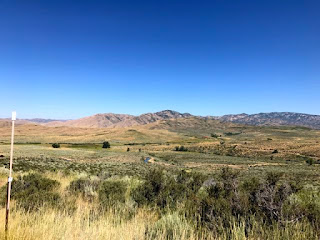 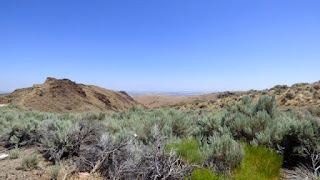 Took some photos of historic signs in Idaho. Utter disaster in 1860 was Oregon Trail Wagon train attacked. No other wagon train suffered as much loss.Wonderif that is where the saying "utter disaster" originated? 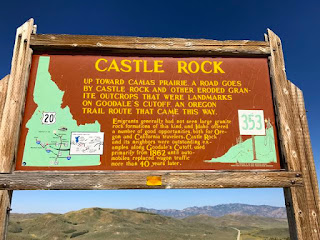 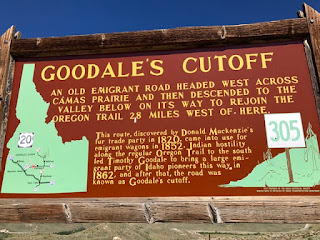 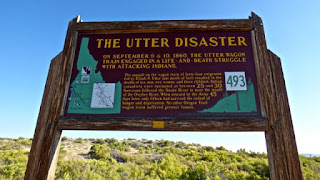 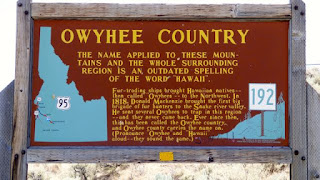 We depart for for Baker City, Or on the 21st for 4 nights and then arrive at Hope's on 25th. Sure will be good to see them again.
Posted by Amy at 1:25 PM