Out last day in Baker City we decided to do the drive to the Hell's Canyon Viewpoint around 70 miles.It was a nice drive on Hwy 86 turning off on NF road to the viewpoint around 22 miles. Fortunately it was a paved road. The viewpoint afforded nice views of the canyon, but must say I was disappointed in that I expected a view of the Snake River as well. 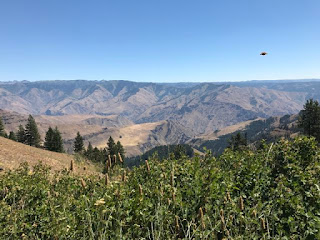 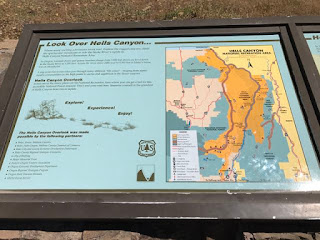 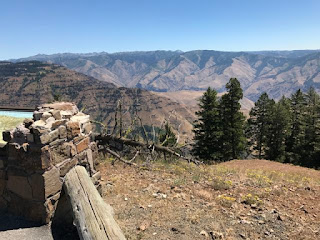 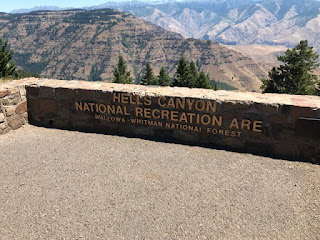 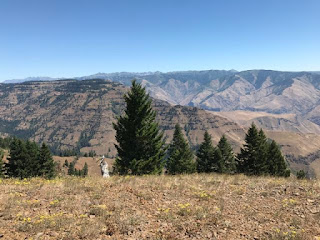 Tomorrow we leave for family in Redmond, OR driving Hwy 7 to 26 through Whitman/Wallowa NF, John Day and Fossil Beds, Prineville and into Redmond. Drive as nice, but mostly 2 lane and winding.


It sure is good to be back with Hope, Shawn and grandsons Colt and Cade. Lots of activities going on getting ready for the Deschutes County Fair and the boys showing their pigs. This is Colt's 4th year and Cade's 2nd.

John and I have been busy sorting out the few boxes of personal things and scaling down to only 4 boxes each. Someday the children after we are gone, can sort through and keep what they want and discard the rest. Most important items are pictures.

We will be here until the 10th of August, then over to Salem for 2 nights to visit friends before spending a few nights at the coast. Hope and family were supposed to go with us, but job and the deluge of people coming into the area for the Solar Eclipse cancelled their plans. As for us we are not too excited about this and will be in Junction City in southern Oregon.