Our drive today took us on IH 84 from Mountain Home,ID to Baker City,OR. Landscaping is brown and arid somewhat like California. Seems rain would be a welcome relief here.

Mountain View RV park is very nice with rustic buildings depicting history long ago of settlers. Staff very friendly and helpful.We are in site 95, pull thru with full hookups and 30 amp. Wi-Fi  is good and sign in is last name. The  park is full. Bought a Solar Eclipse t-shirt. Guess this area will also be inundated with Solar watchers on the 21st of August. 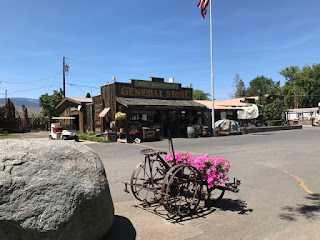 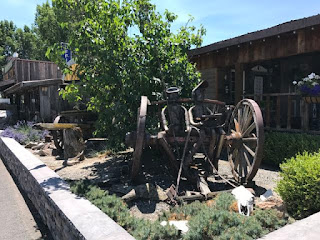 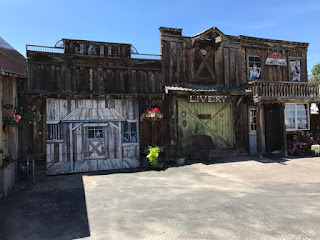 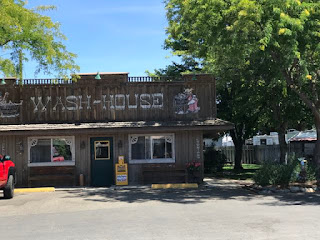 We will be in Junction City, so will probably miss the full effect.

After settling in, John wanted to go to the Baker City AF Radar site in use in the early 60's. The site is located on Beaver Mountain some 5500 feet in elevation. Well,the drive Hwy 7 East to Dooley Hwy 245 was Ok, but once we got on the NF-11 Road, I started to get anxious as it was a one lane gravel with steep drop offs and no guard rail. Kept hoping no cars were coming down.We finally reached the site and couldn't wait to get back to Hwy 245. All that remains are concrete slabs and the site is now used for Communications unrelated to military.  In the town of Baker City are the Cantonment area now belonging to the Forest Service and the housing area which is now private homes. For more detailed info go to John's website http://www.fortwiki.com 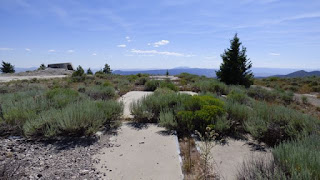 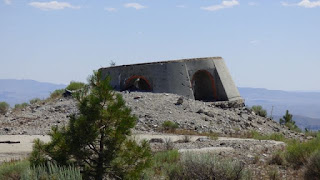 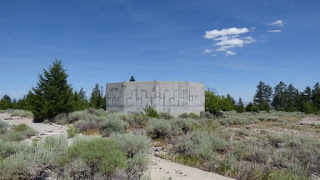 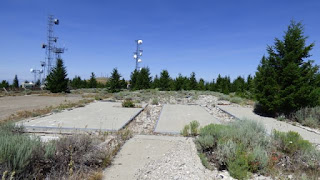 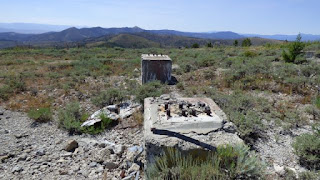 Returning back to Baker City, stopped at Safeway for some items. We were originally planning to stay 4 nights, but decided 3 was sufficient.

Baker City is named after Edward D Baker, the only US Senator killed in military combat during the Civil War in 1861. In the 2010 census,the population was 10,000. The town was incorporated in 1874 and is situated between the Wallowa Mtns and Elkhorn Mtns. The Powder River runs through town on the way to the Snake River. There are several museums, historic homes and the Geiser Grand Hotel built in 1889-since restored. Nearby is the Oregon Trail Interpretive Center. This is my first visit here.

Tomorrow we are going to the History Museum and Oregon Trail Interpretive Center. On Sunday a drive to Hell's Canyon south area view point.