Our last day in Creston,BC and a nice one so found that we had not visited Fort Steele and since it is a short 90 min drive via Cranbrook, packed a picnic lunch and off we went. It is a very scenic drive via Hwy 3 east. 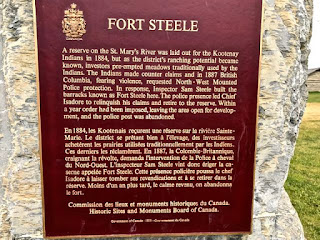 The history of the actual fort which was constructed during 1887 was the first Northwest Post west of the Rockies and remained active until 1888 when the NWMP departed. As more miners arrived in the area disputes among the miners and Ktunaxa First Nation arose and grew after two miners were murdered by two members of Chief Isadore's band. There was also dispute of land rights of a piece of land called Joseph's Prairie,the site of present day Cranbrook.

The post consisted of Officer's Quarters, Workshop, NCO Mess and Quarters, Hospital, Barracks, Quartermaster Store, Barn and water tower. After the closing of the Post, the buildings deteriorated. Thanks to the effort of the local businesses and volunteers, the post has been reconstructed. 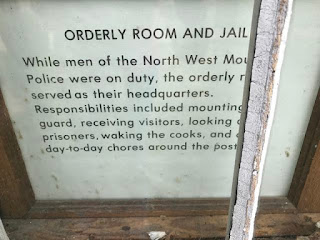 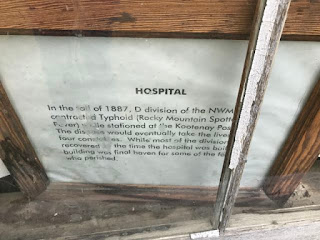 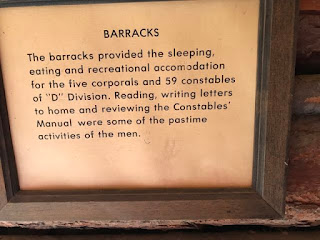 Adjacent to the Post is the restored  pioneer town of Fort Steele as it was in the 1890's. I will write a separate blog on this.