Our drive from Redmond to Fort Stevens SP in Warrenton, OR proved to be very scenic driving north on Hwy 97 to Biggs and IH 84 West along the Columbia River to 205 to IH 5 North through Longview to Hwy 30. The mountains were beautiful with snow and the valleys green from recent rains. Fortunately it was a sunny and windless day.

As mentioned before, this was our 2nd visit to the SP with the last one in April of 2009 with Don and Carolyn. The campground is very full and our site not so level with W/E. Mosquitoes very bad, no satellite, cell or internet, but the park is very pretty with beach access and close to the Fort Stevens Military site dating from the Civil War through WWII. We will be here for 4 nights.

After settling in, we went to Fred Meyer and stopped at Panda Express for dinner. While there decided to visit the Verizon Store. Ended up changing to Verizon,buying 2 iPhone 7 plus and jetpack for internet. They offered buyout from ATT and gave military discount. The long and short of it, we now have connections in the campground. Was not happy with ATT and the Samsung phone.

We drove over to Camp Rilea which is a National Guard base to view the campground. In retrospect, wish we had stayed there. The campground is small around 10 spaces with full hookups at $20/day. We stopped in the cafe for lunch which was very good, especially the clam chowder. If in the area again, will definitely stay here.

We then drove over to Fort Clatsop for a brief tour. The visitor center is very informative with many displays. The walk to the fort passes many old growth trees and plants. Weather was misty and rainy. Think this was our 2nd or 3rd visit. Several years ago the main fort building burned and has been rebuilt. The statue of Sacagawea and child was stolen also several years ago, cut up and thieves tried to sell parts in central Oregon. Fortunately they were captured.The artist had made 3 statues, so the present one is number 3. 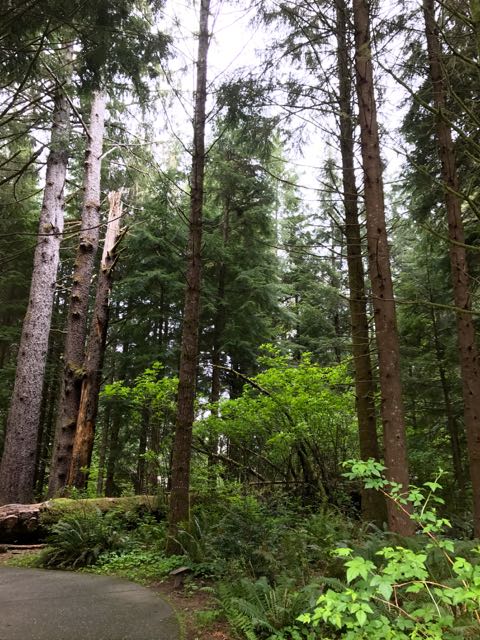 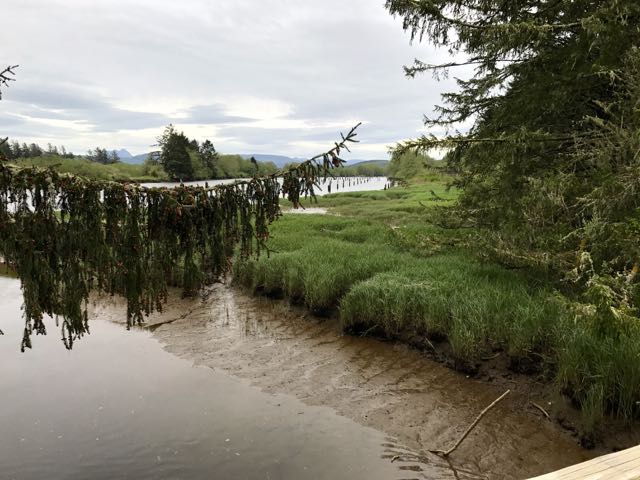 Fort Clapsop was the winter encampment for the Corps of Discovery from December 1805 to March 1806. Lewis and Clark named the fort after the local Native American tribe who treated them with extreme friendship. When they departed, the fort was given to the Clatsop leader, Coboway. During the 106 days spent at the fort, it rained all but 12 days resulting in many ailments,discomforts causing them to stay mostly indoors except for hunting.

After much thought, we decided to depart 2 days early for area close to Whidbey  Island. Fortunately we were able to get a refund. Since our reservation for the NAS campground is not until the 2nd, we decided to stay at the Swinomish Casino RV park near the base. It is a very nice campground with full hookups and views of mountains and view of Samish Bay. After settling in we went over to the sports bar in the casino for dinner. Good decision to depart Fort Stevens early. We were not happy with the campground. 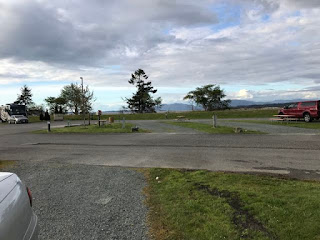 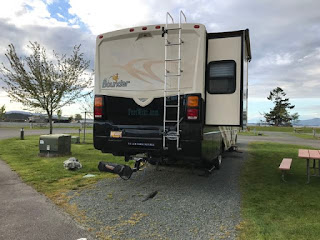