Continuing on to Oregon

Drive today took us on 95N via Hawthorne, NV. We stopped beside Walker Lake for picnic lunch and got some photos of the mountain sheep on cliff. Amazing how they walk the cliffs and rocks. I thought they were mountain goats, but Shawn said they were female sheep.Also took some mountain scene shots on the way. 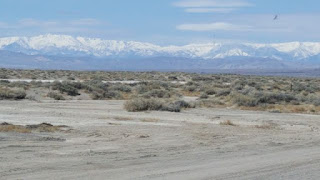 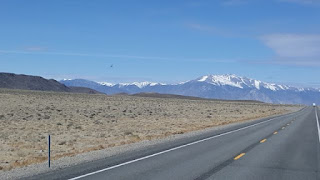 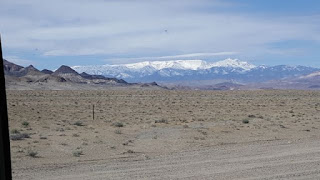 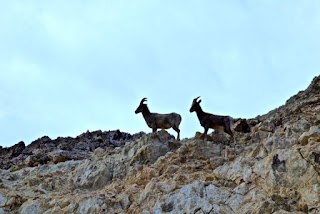 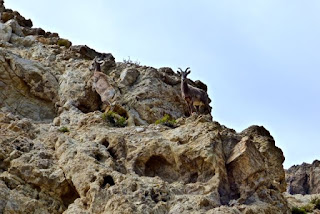 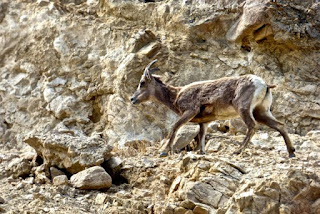 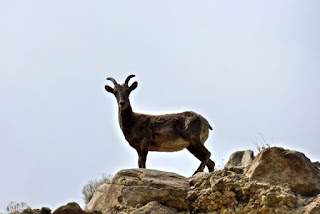 Upon arrival  at the Bordertown Casino RV park of 395 N 15 miles from Reno, we once again checked weather and decided to bypass Winnemucca and Burns and head north on 395 to OR 31. Even though this is a 400 mile trip, high winds and possibly snow is predicted for Thursday and weekend. The RV park is very nice, all pull thrus, full hookups, cafe in the casino, gas station with propane and very convenient of 395N.

This has been the longest drive in our 8 years of travel, fortunately there is little traffic and the roads OK. The drive takes us north on 395 via towns of Susanville and Likely and to Hwy 31 in Oregon to La Pine and Hwy 97 into Redmond.

We arrived at 330PM. Visited with Colt and Cade and attended Cade's ballgame. Hope had spaghetti cooking in the slow cooker for dinner after game. It is so nice to see them again. Shawn is coach of Cade's team. More photos will follow during our visit. The grandsons have grown and Colt is almost as tall as I. Weather is cold and windy and snow predicted this weekend with winds 35 mph. Houses are being built behind, so they have lost that pasture for horses and cattle. They have their cattle in Powell Butte as Shawn's Dad's place. The 4 horses are in a small pasture next to house. Need to get them some carrots, Tomorrow I will make chili for dinner..seems the thing in this cold weather.