The one thing I wanted to do before leaving Winnipeg was visit the Polar Bears at the Assiniboine Zoo in the Journey to Churchill Exhibit. I think they are beautiful and magnificent creatures and ,oh yes, adorable. John parked himself on a bench while I viewed the bears. It was difficult to get good photos through the glass enclosure. On my way back to get John, I got lost and had to hop a jitney back to visitor center. Found a great T-shirt with hidden polar bears. John finally found me. 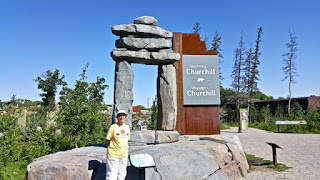 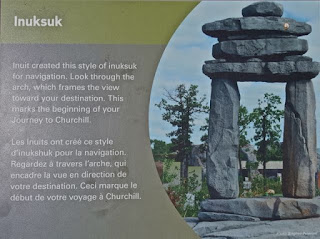 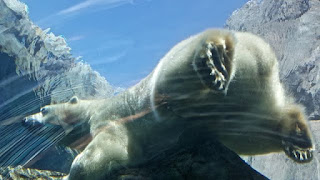 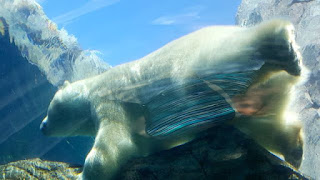 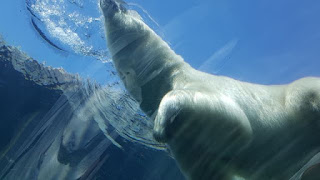 Our next stop was St Boniface Cathedral next to the Grey Nuns Convent Museum.  The Cathedral, the Mother Church of Western Canada, as established in 1818. The mission of the church was to convert the First Nations and to morally improve the delinquent Christians who had adopted ways of the First Nations. They were also instructed to educate assist in colonization. They were warned to stay out of the war between the HBC and North West Trading companies. Bishop Provencher succeeded in attracting the Grey Nuns and truly committed priests. The church today was erected in 1908 and was the 4th which was ravaged by fire in 1968 . In 1972 a new church was erected within the ruins.

In the cemetery is the grave of Louis Riel.

Just a block away is the Grey Nuns Convent Museum, said to be the oldest building in Winnipeg. The convent was erected in 1844. The museum displays a comprehensive exhibit of Louis Riel, the Metis, chapel and living quarters of the Red River Settlements. Over the years the convent has served as a hospital, asylum, orphanage, seniors home and school.


Short History of Louis Riel Below: 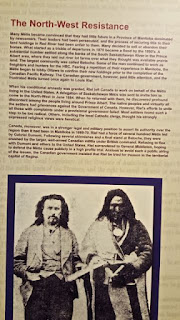 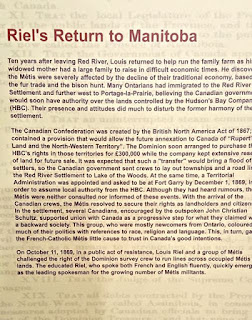 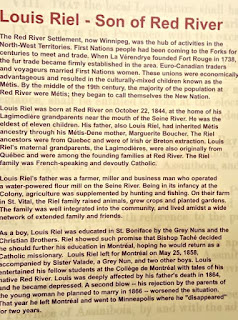 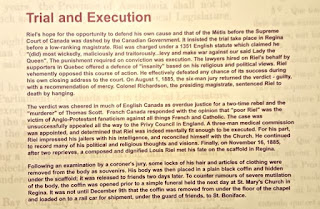 Also on display is the coffin in which Riel's body was placed after his hanging. Somehow I missed the display of his locks of hair,revolver, pieces of rope used to hang him and the white hood placed over his head. Must have been distracted.


Our final stop of the day was Seven Oaks House and Museum, one of the oldest surviving residences in Manitoba which gives a picture of life at Red River during the 19th century. The home was built in 1851-1853 by John Inkster and his wife Mary. They lived in the General Store until the home was complete. It takes its name from a nearby creek where seven large oaks once stood,marking the site of the Battle of Seven Oaks in 1816 fought between the Red River colonists and representatives of the North West Company. The home was occupied by the Inkster family until 1912. Many of the descendents live in the area today. The Inksters had 11 children.

One of the rooms known as the Captain's Room, was occupied by Mary's brother, Captain Colin Sinclair. Note the hammock in the room where he slept.As a sailor he was so used to sleeping in a hammock and found a bed to be very uncomfortable.

Tomorrow we get ready to leave Canada for Grand Forks ND.

It has been a good stay in Canada and we look forward to returning again.