After settling in, we went over to Pat and Darwin's for dinner and to meet their family. They have a very nice home and the hospitality most warming and welcoming.  On Saturday we will attend the wedding of their granddaughter Kayla and Neil. When we planned our trip a year ago, it was just coincidence that we would be in Grand Falls the weekend of the wedding. Thank you for including us in the festivities.

Tomorrow we are doing some errands and touring around. Most important is getting our mail that Hope sent. First mail received before entering Canada in June. We revisited the Lewis and Clark Interpretive Center..one of the best we have toured and strongly recommend if in Great Falls. The Center overlooks the Missouri River and has some very good and informative exhibits  detailing the 1804-1806 expedition known as the Corps of Discovery.We were last here in September 2013. Buddy, a beautiful Newfoundland greeted the visitors..Just had to pet him. 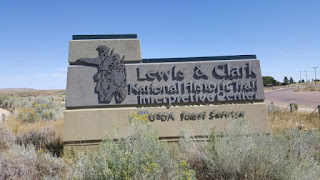 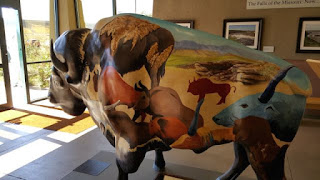 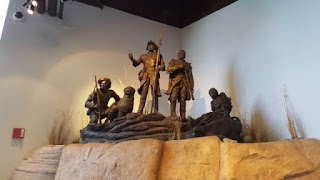 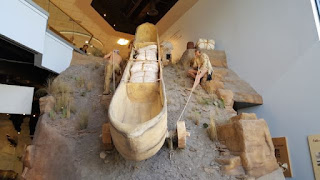 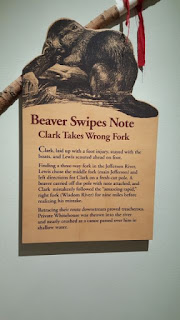 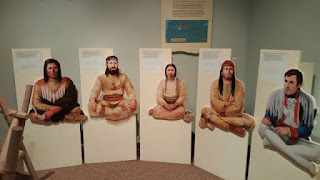 We then drove down to Giant Springs, again a return visit. The water is so clear you want to drink it. It is one of the world's largest natural freshwater springs with a flow of 156-190 million gallons of water per day staying at a constant 5 degrees and believed to be 3000 years old. It flows 201 feet via the Roe River into the Missouri and is one of the shortest rivers in the world. It is truly a beautiful area. 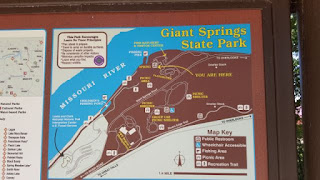 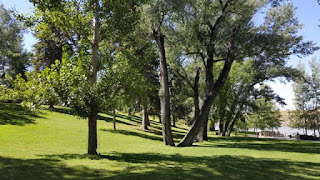 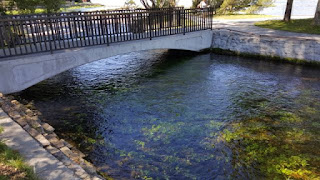 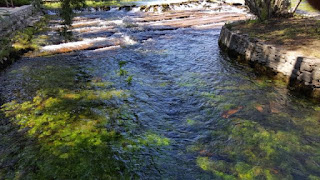 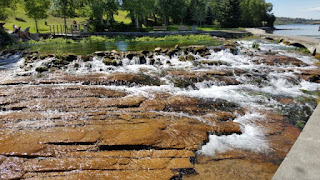 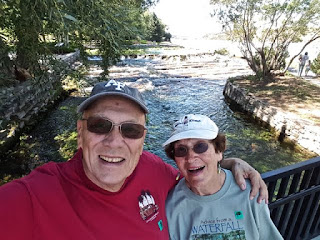 Great Falls is centrally located where the mountains meet the high plains. Yellowstone is 3 1/2 hours south and Glacier is 2 1/2 hours north. It is known as "the Electric City" because the "great falls" evolved to power five hydroelectric dams.There are many museums, historic areas, parks, hiking and biking trails and just an overall friendly city. When  we visited the information center, I remarked that western Montana was our favorite including Great Falls and west. She was quick to point out that Great Falls was in Central Montana. In my mind, I still consider it west.

Malmstrom AFB where we are camped was established in 1942. During 1942-1945, almost 8,000 aircraft flew from here to Fairbanks to deliver equipment and supplies to the Soviet Union. The base has been a strategic defense location and is responsible for the Minuteman III ICBM's as well as a combat engineering squadron for military and humanitarian operations worldwide.

Tomorrow is the wedding.