Spokane and Drive to Ellensburg, WA

Arrived Fairchild AFB, just a short drive from Helena via Hwy 12 to  IH 90. The drive on 12 and 90 is scenic and took a few photos.

This is our 4th visit here or maybe our 5th. There are a lot of KC-135's parked on the flight line. Found out that friends, Donna and Larry are here camped at the Recreation area campground. They stopped by for nice visit and we will see them again at Nellis. Sorry I couldn't offer you any Nosh.

Today we drove down to visit Steptoe Battleground and Four Lakes Monument. Along the way passed several brush fires in the area. The site commemorates a battle between US Army and several Native American tribes from Eastern Washington in 1858 led by Colonel Edward Steptoe. Steptoe was outnumbered and retreated;however, later Colonel George Wright returned with heavily armed troops numbering  700 and defeated  the tribes. 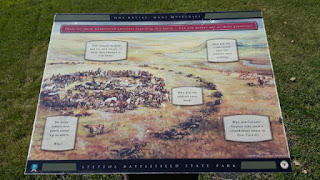 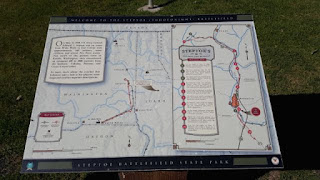 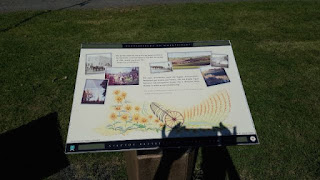 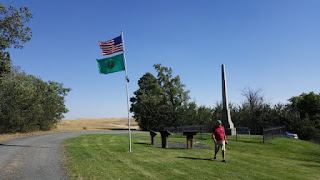 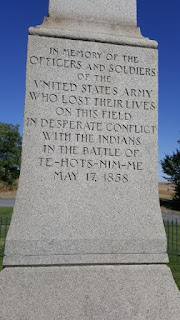 The Four Lakes Monument commenorates the battle between Colonel Wright and the Native Tribes in 1858.

After 2 days here, we headed down IH 90 to the KOA in Ellensburg,another 3 hour drive and a stop at Scenic Viewpoint at exit 143 The Columbia River area came into view. When we lived in Salem, enjoyed our rides on IH 84 to view the many sights along the Columbia River.


The KOA is on the Yakima River, with many old huge trees. The sites along the  river only have E/W,  but we are next to the cabins away from the river and have full hookups.


While in Ellensburg, we have several tours to do in the area.