We drove up to White River today for the purpose of  seeing the statue of Winnie the Pooh and learn the story behind the famous bear. It was here that it all began in August of 1914 when LT  Harry Colbourn who was a Veterinarian with the Army, purchased the orphan bear cub for $20 at the White River Rail Station as he was enroute to England. Since he was from Winnipeg, he named the bear Winnie. The bear was left with the London Zoo later in 1914 during his deployment to France. 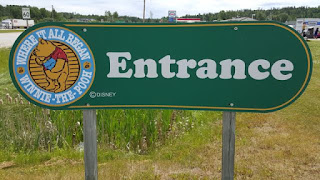 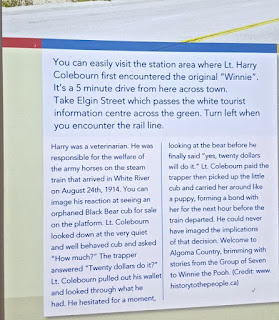 We made a stop at the History Museum and the docent presented us with a more detailed account of the story. The 3rd weekend in August, the town hosts an annual Winnie's Hometown Festival. The rail station is now the visitor's center.

Returning home, we decided to have dinner at "the Fireside Lounge and Restaurant" . Very good and nice atmosphere. Enormous fireplace in the diningroom with a very old fish scale and fishing rod  hanging on the fireplace.

Across from Restaurant is Young's General Store, a must when visiting Wawa. 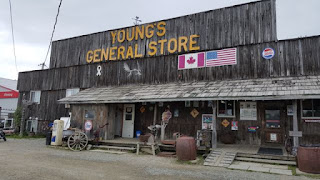 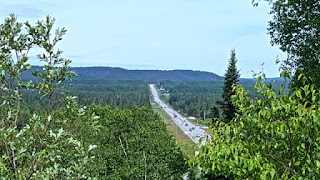