Today we went to Fort Gibraltar and Fort Douglas Park.

The fort is located in the Saint Boniface area of Winnipeg on rue St-Joseph on the Red River across from what was Fort Douglas. It has been very nicely restored, Added to the enjoyment of touring are the interpreters giving you a colorful history of the fort stepping back in time to 1815.

The fort was built by the North West Company at the forks of the Red and Assiniboine Rivers in the year 1810. This area know as the Forks was a gathering place for many different First Nations for over 6,000 years.  Food traded here was used to supply the brigades of voyageurs going to the fur country. Competition with the Hudson Bay Company finally led to an all out war known as the Battle of Seven Oaks in 1816.

The reconstructed fort consists of 5 main buildings including the Trading Post, Workshop, Blacksmith,Warehouse, Winterer's Cabin. The Big House was closed for an event. 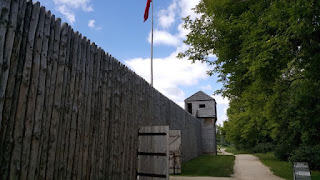 Crossing over the Red River we arrived at Fort Douglas Park. Fort Douglas was the Selkirk Settlement Fort and the first fort associated with the HBC named for Thomas Douglas, 5th Earl of Selkirk built by Scottish and Irish Settlers in 1813. It was destroyed by the 1826  Red River flood. Today there are plaques referencing the fort. 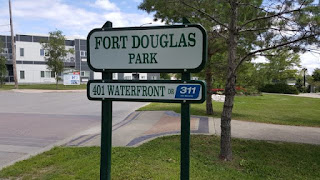 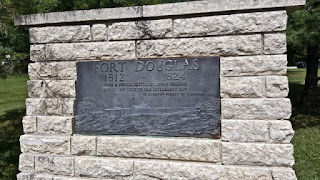 Also located in the park are monuments and plaques depicting the Scottish Settlement in Manitoba having been forced from their lands in Scotland. 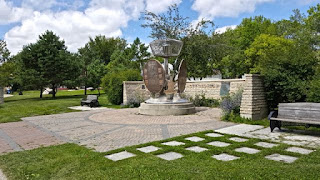 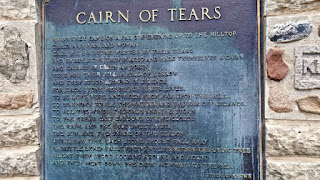 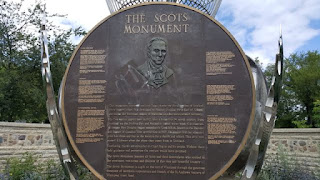 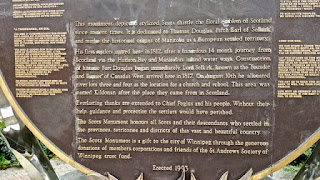 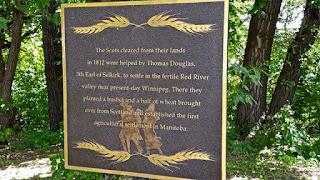 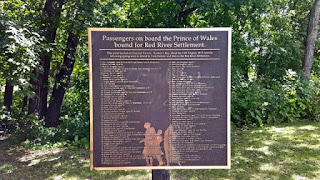 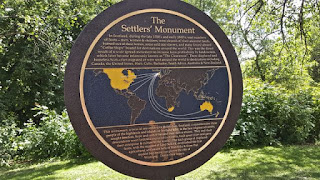