The Forks and Riel House NHS

Today we visited "The Forks National Historic Site" in downtown Winnipeg and the Riel House NHS. 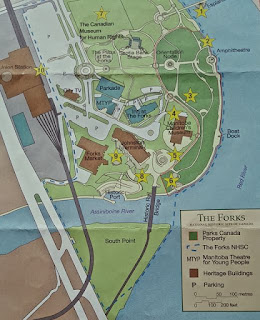 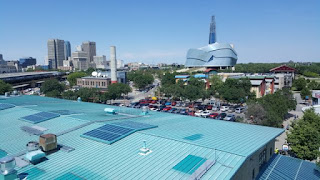 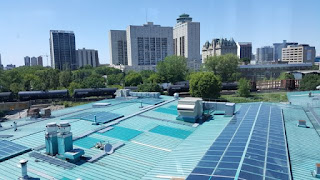 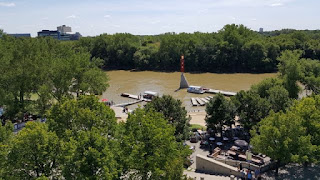 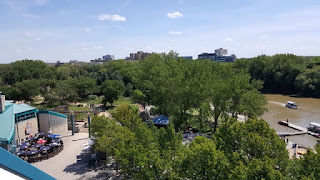 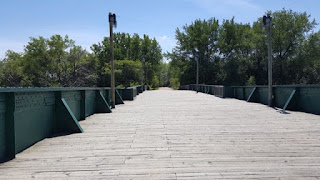 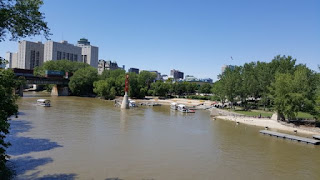 The Forks is steeped in 6,000 years of history. It is here that the Red and Assiniboine Rivers  meet known as the gathering place for  peoples. Today it is a bustling central market with many shops, restaurants, cafes,skate park, children's play area, water park and children's museum. You can walk the many trails, cross the pedestrian bridge to South Point park, take a boat cruise on the river and ride the elevator for a spectacular view of Winnipeg.

In the winter it transforms into a winter wonderland with ice skating on the Red River. It is also home to the Arctic Glacier Winter Park featuring toboggan runs, snow sculptures,snowboard park, furniture made out of snow etc.

The Riel House commemorates the life of Metis leader, Louis Riel.politician, activist and child of the Red River Settlement. He led the province of Manitoba into Canadian Confederation while fighting to preserve the rights and culture of the Metis people. He organized a military resistance that escalated into the North-West Rebellion of 1885 which ended in his arrest for treason and hanging on the order of Prime Minister MacDonald. 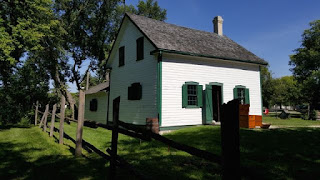 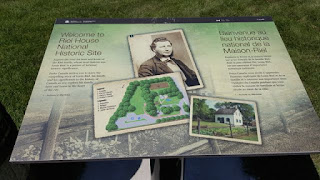 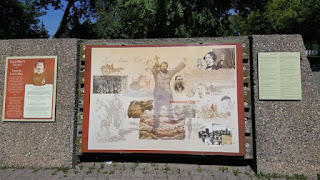 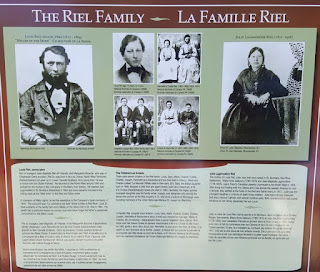 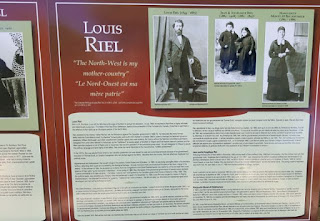 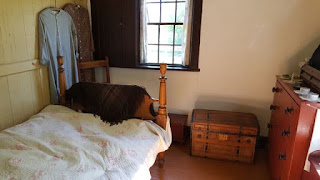 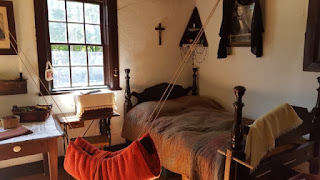 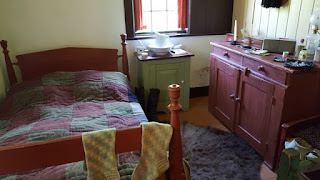 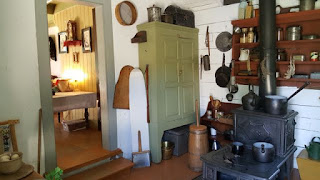 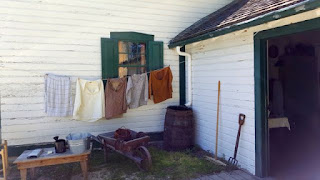 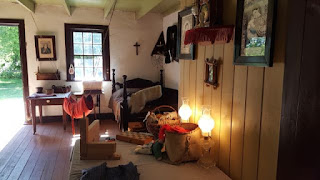 The site of the house today is only 0.8 hectares from the original 97 hectares. The farm stretched from the Red River to the Seine River. The house today is presented as it was in 1886 during a mourning  period a few months after his death. It was here in 1885 that his body was returned to his family and lay in state for two days.