On our way to Fort Dufferin in Emerson on the border with North Dakota, we stopped at St Norbert Heritage Park in Winnipeg containing restored homes and some in the process representative of post 1870 era of the Metis settlement.

At one time the land was occupied by Aboriginal peoples evolving into a French speaking Metis settlement, then a French Canadian Agricultural community of the pre WW I era. The park sits on the junction of the LaSalle and Red Rivers. 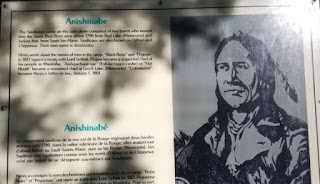 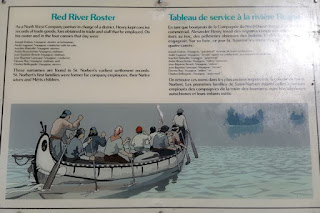 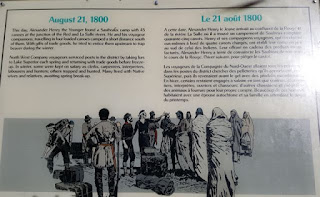 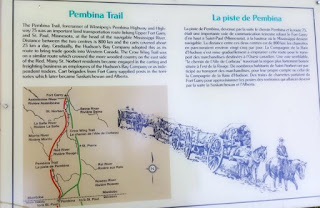 The Bohemier House(1883) which has been restored was the home of Benjamin Bohemier (1848-1926) and his wife Marie Louise and occupied by descendents for 84 years. In 1973, the land it stood on was purchased to construct an apartment building. It was then moved to the present location.

The Turenne House built in 1871 by Joseph Turenne.  It was located  on the west bank of the Red River north of the convent and parish church. Turenne and his family lived in the home with the surviving 5 of 8 children for almost 10 years. After the family moved to St Boniface in 1882, the house was occupied by newcomers and the Grey Nuns. The house was occupied until 1971 and restoration completed in 1986.

Two homes are being restored on the site..Delorme and Henderson.

We then drove down to Emerson, MB to visit site of Fort Dufferin located on the west bank of the Red River. During 1873 it became a NWMP command post. Last used as a barracks during the winter of 1874-75 it then became home to Mennonite settlers until they could move onto their homesteads. In the mid 1880's it was used as a quarantine station for livestock imported through the customs station. Few buildings remain. The site is now a memorial to NWMP. No battles fought here as it was a staging area. 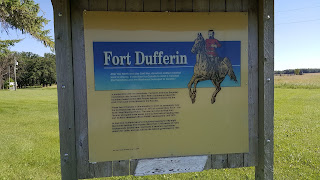 We then drove across the border to Pembina and Walhalla. At Pembina we found only a marker for the fort and in Walhalla we visited the Gingras Trading Post in service from 1843-1873. The store served the Metis of the northern Red River Valley. It was at his store that the Dakota Territory was organized. Gingras supported the Metis separatist movement in Canada and when that failed, Riel who was their leader sought protection from Gingras.

Returning back to Manitoba, we stopped at the Visitor Center. 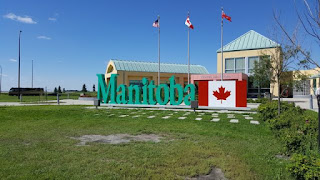 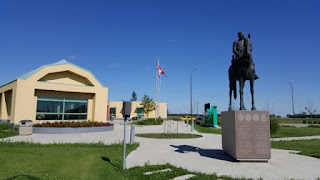