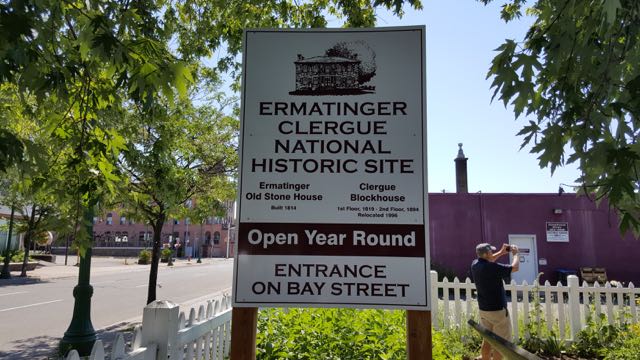 According to John, this is our second  visit, the first being in August 2013. For the life of me I can't remember being here before as I did not write a blog or have any pictures, which is so unlike me. I do  remember visiting the Michigan side of the canal and Fort St Joseph. 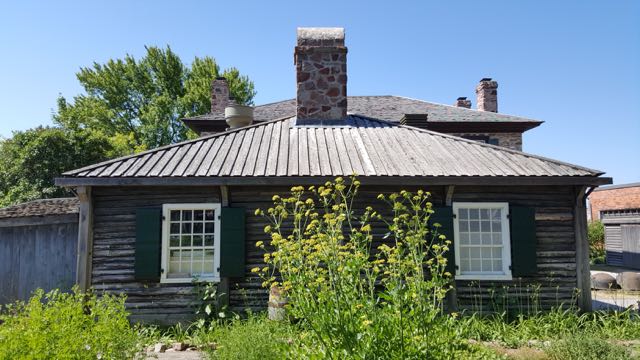 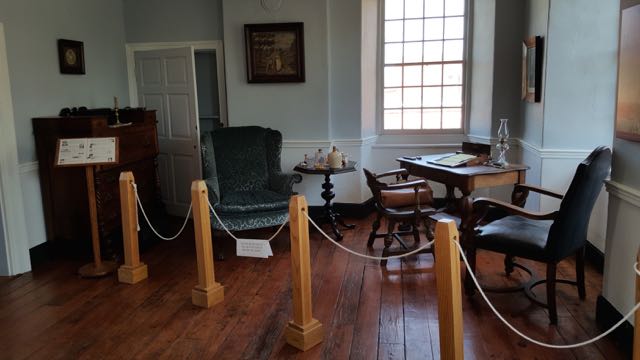 Charles was married to the daughter of Ojibway Chief Katawabeta. They had 13 children. He also took part in the War of 1812 capturing Fort Mackinaw. He and his family lived in the Stone House until his return to Montreal in 1828.

Many prominent citizens occupied the house . It was at times occupied by a missionary, sheriff, judge, hotel, YMCA, social club and apartments until it was purchased by the city in 1964.

The Clergue Blockhouse was moved to the present location in 1996. The house served as a residence for industrialist Frances Clergue from 1894-1908. He developed multiple industries in Sault Ste Marie including pulp mills, water, light,power and other natural resources. The lower part of the blockhouse dates to 1819 and was a  powder magazine for the HBC. clergue lied on the upper floor consisting of kitchen,reception area and bedroom. By 1903 he had overextended his  resources and filed for bankruptcy. He never married and spent his final days in Montreal dying in 1939.