Before leaving Wawa, I snapped a picture of a Inukshuk next to Young's General Store. As mentioned in previous blog, you see smaller versions along the highway. 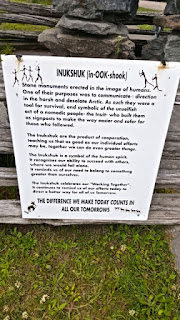 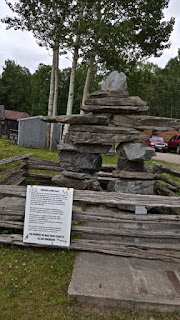 Our drive to Thunder Bay is around 6 hours via Hwy 17 mostly on the east side of Lake Superior through the towns of White River, Marathon,Terrace Bay, Rossport and Nipigon. The first part of the drive was windy, misty and foggy until we reached Rossport. In spite of the weather, we stopped in Terrace Bay to see Aguasabon Falls and Gorge. The falls is 100 ft drop and the walking platform is one of the best we have seen. Also, the parking area is RV accessible. 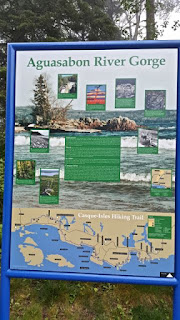 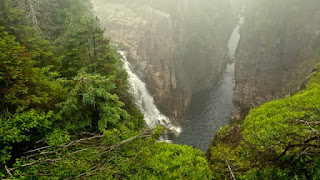 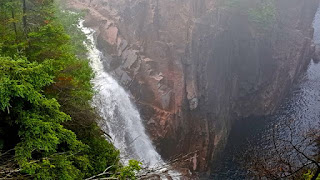 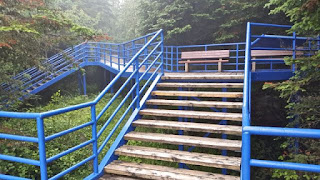 Arriving in Rossport, the sun broke through and enroute to Nipigon, we stopped at a turnout for our picnic lunch. 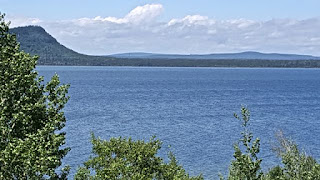 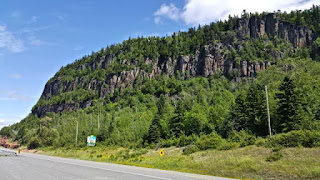 Arriving into Nipigon,we crossed over a newly constructed cable bridge that began construction in 2013 and is due to be completed in 2017. The bridge is longer than two football fields, consists of three towers and a walkway for pedestrians. It crosses the Nipigon River and has no in water structures. 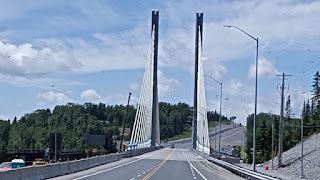 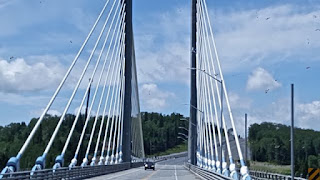 We arrived at the KOA just off Hwy 17 on Spruce River Road. A large park with nice sites, pool, store and small lake.

Our site is across from the lake and is a catch and release area. Did see a beaver as we settled in and was told there might be an otter sighting in the early morning.


We will be here for 10 nights with  our next stop in Kenora, ONT.

Oh yes, spotted a bear cub in the tall grass enroute today, but not quick enough with camera. Still no moose sightings..just lots of signs. Passed another blasting area for road improvement.