An interesting fact about Ontario Lakes: it has approximately 250,000 lakes and 62,000 miles of rivers. Most of the population is concentrated in Southern Ontario with the population in 2006 over 12 million. It is Canada's second largest province in total land area and its longest border is with Manitoba.

Our drive to our next stop near Winnipeg, Manitoba in Ile des Chenes 15 KM south was 3 hours via Hwy 17. We stopped at the Visitor Center at the Manitoba line to browse info continuing on Hwy 1. Manitoba is more agricultural, prairie and wide open.  Our RV park, Arrowhead is small and convenient to Hwy 59. Our site 14 faces a tree lined area, good hookups, spotless restrooms and showers, laundry and friendly staff. Only complaint is cost of wi-fi per device and day, but a necessary expense. We only paid for 3 devices instead of 6.

Manitoba is our 9th Province we have visited since 2013 and plan to visit Newfoundland and Labrador, the 10th next summer.

After settling in, we drove into Winnipeg to visit Upper Fort Garry and several other sights. First big city we have been in since leaving Hamilton, ONT. We have a long list of  historic and fun things to do while we are here. Some near and some within 150km.


Winnipeg sits at the confluence of the Red and Assiniboine Rivers. It has one of the largest French speaking communities outside Quebec. It is steeped in culture, commerce and tourism. More than 100 languages are spoken in the communities.Winnipeg is also vibrant in the arts, music, history, dining and shopping .Museums and parks abound. 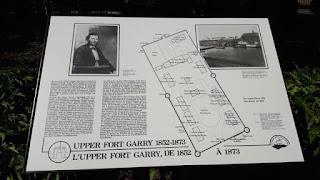 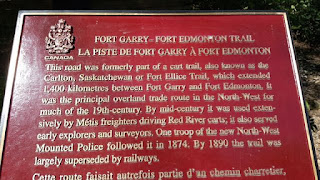 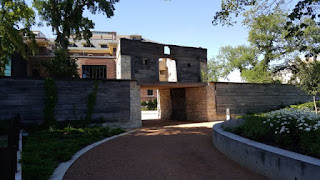 We then drove to the Capitol to view the monument for the Ukrainian internment during WWI and the statue of  Ukrainian poet Taras Shevchenko. The monuments and plaques placed here memorialize those held in the Winnipeg Receiving Station from 1914-1916 who were unjustly imprisioned as "enemy aliens".