A drive into West Virginia (15 miles to state line) and ending up in Cumberland, MD to explore historic markers and visit to Fort Cumberland. The drive via Hwy 50 and 28 took us through the towns of Capon Bridge,Romney, Fort Ashby.and Ridgeley in WVA before arriving Cumberland.

With the opening of the French and Indian War in 1754, Fort Edwards became a strategic location. After General Braddock's defeat in 1755, the Virginia frontier was open for attack by the French and their Indian Allies. In 1756 one of the most important military battles took place in this area. On 18 April 1756, a group of soldiers left the fort in pursuit of some Indians and stumbled into an ambush of over 100 French and Indian raiders. This gave reason for the need of defensive line of forts. Fort Edwards was manned by Col George Washington's Virginia Regiment. 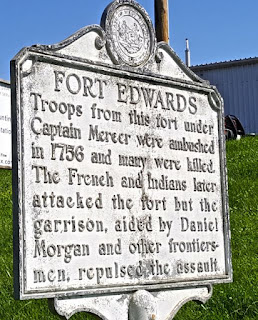 In and near Romney were markers for Fort Pearsall  and Fort Mill Ridge. Fort Pearsall wa constructed in 1756 to protect settlers in the South Branch Potomac River against Native American raids. No remains of the fort only a marker in the Indian Mound Cemetery. 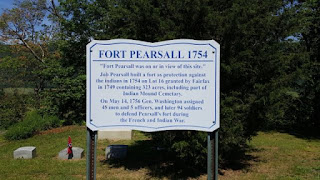 Fort Mill Ridge was a Civil War site constructed in 1863 by Union Col Jacob Campbell to control key roadways and rail lines in the Mechanicsburg Gap and Romney area. Today it is one of the most well preserved earthwork sites in the nation. This area was at that time was part of the Union held portion of Virginia. The fort consists of an outer ridge of entrenchments and a central redoubt. Confederate raids during this period bypassed the fort by marching through Moorefield, 25 miles to the south. 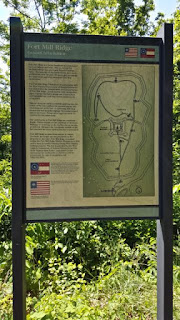 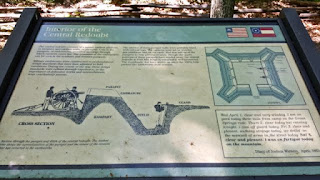 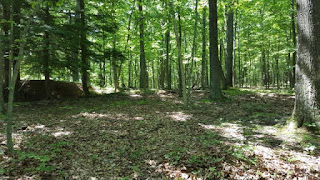 Fort Foreman was another French and Indian War stockade north of Romney in use from 1755 until 1764. Fort Ashby was also constructed during the French and Indian War in 1755 by orders from Col Washington. The only major battle took place in 1756 when Lt Rutherford and his rangers were defeated by a band of French and Indians. 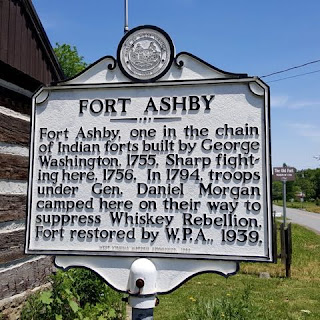 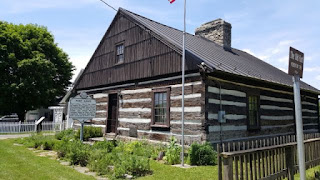 Fort Sellers was constructed on land surveyed by Washington in 1748. It was another link in frontier forts surviving several Indian attacks. 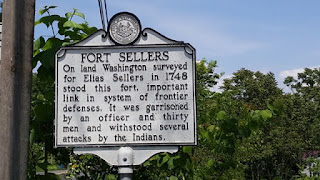 A brief stop at the marker for Fort Ohio,which was a supply store during the French and Indian War before crossing the Potomac to Cumberland, MD. 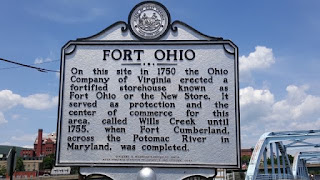